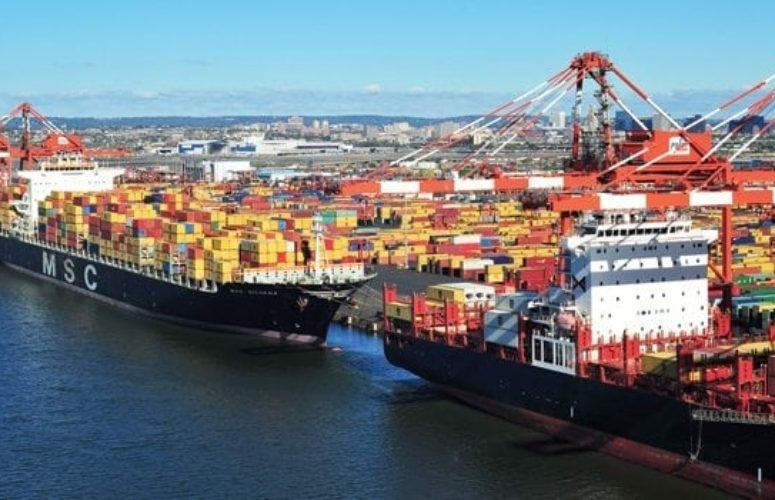 The Port Authority announced that its airports, seaport, and Staten Island bridges reported record activity levels during the first half of 2019, cementing a trend that has seen continuous monthly records in passengers and cargo volume across Port Authority facilities this year.

During the first six months of 2019, the Port of New York and New Jersey set a new all-time record for cargo, handling 3,652,841 TEUs (20-foot equivalent units). The extraordinarily high growth in cargo volume continues the port’s monthly streak of holding the position as the No. 2 port in the nation measured by loaded containers. The port handled a total of 611,027 TEUs (20-foot equivalent units) for the month of June, the second busiest June on record eclipsed only by last June’s record volumes.

Average weekday ridership in June 2019 was the highest ever recorded for June at 292,316, and that landmark level included a record number of weekdays in June where ridership exceeded 300,000 passengers. During the first six months of 2019, PATH handled an average weekday ridership of more than 283,000 passengers, which is the highest first six months in PATH history. Weekday ridership at PATH has been steadily rising over the past decade as residential development in New Jersey along PATH’s train lines has skyrocketed. Weekend service in 2019 has been curtailed into the World Trade Center to allow for work in the tunnels under the Hudson River to repair damage caused by Superstorm Sandy.

The new Goethals Bridge set a new record for vehicle traffic in the first six months of 2019, accommodating 8.59 million eastbound vehicles, an 8.2 percent increase over the previous June record. Bolstered by the Goethals Bridge’s monthly records, the three Staten Island bridges collectively handled a 2nd quarter record of 9.3 million vehicles.  The Port Authority’s six crossings collectively continued a 5-year run of steady increases in eastbound traffic in the second quarter of 2019, handling more than 31.3 million eastbound vehicles, more than 5 percent above the volume handled in the 2nd quarter of 2014.

Port Authority Airports on Pace for Another Record Year in 2014