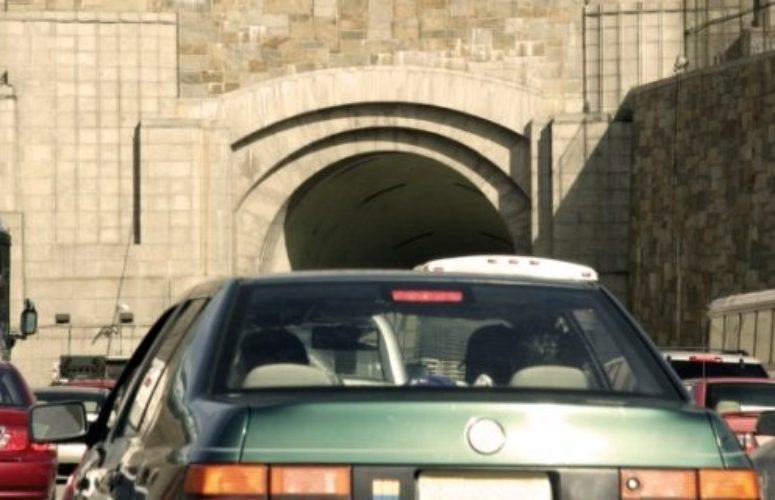 The Port Authority of New York & New Jersey Board of Commissioners approved a 1½-year, $4.8 million demonstration program to test groundbreaking, state-of-the-art technologies that hold the potential to increase bus capacity substantially in the Lincoln Tunnel’s Exclusive Bus Lane.  In a scaled future deployment, the technology could potentially increase morning peak-hour bus capacity by up to 30 percent, or approximately 200 more buses carrying 10,000 more passengers during the peak hour on weekday mornings.

The Exclusive Bus Lane (XBL) is a 2.5-mile contraflow lane, using a New Jersey-bound traffic lane exclusively for New York-bound buses along NJ Route 495, connecting the New Jersey Turnpike and Route 3 to the Lincoln Tunnel and Port Authority Bus Terminal in midtown Manhattan.  The XBL handles 1,850 buses carrying more than 70,000 passengers from 6 a.m. to 10 a.m. each weekday. The lane operates at its maximum capacity for 90 minutes of its four-hour operation, challenging acceptable service quality and reliability.  The technology demonstration program aims to increase the capacity to meet today’s demands and the growth in bus ridership projected over the next 20 years.

The board action authorizes contracts to be awarded to two firms:  Southwest Research Institute of San Antonio, TX, and Robotics Research Inc. of Gaithersburg, MD.  Each firm will perform tests of their specific technology solutions on both off-site test facilities, as well as on early weekend mornings on a closed Exclusive Bus Lane.

“The Lincoln Tunnel’s Exclusive Bus Lane was a groundbreaking innovation when it first opened in 1971 and it remains a key element of the trans-Hudson transit network,” said Port Authority Chairman Kevin O’Toole.  “The XBL is the most productive highway lane in the nation in terms of the passenger trips it carries, but the lane’s popularity has made it a victim of its own success.  Today’s demand in the XBL far exceeds the bus capacity it can accommodate.  This demonstration program will begin to explore how technology can maintain this lane as a reliable mass transit operation into the future.”

“One of this agency’s top priorities is to explore emerging technologies that can enhance trans-Hudson commuting at a time when regional commuting growth has placed extreme strain on many of our legacy facilities,” said Port Authority Vice Chairman Jeffrey Lynford.  “This upcoming demonstration program is a perfect example of seeking out 21st century technology to improve our capabilities, and gives us hope that the Exclusive Bus Lane will continue to be a critical mass transit facility for many years to come.”

The proof-of-concept demonstration program will begin next month and be progressed in phases, including about nine months of systems design and integration for the new systems required on-board the test buses and the installation of a variety of sensing equipment.  The vendors will then test their technology on test tracks at their facilities. Following successful off-site testing, the technologies will be demonstrated on a closed Exclusive Bus Lane during early weekend morning hours to avoid any impacts to normal traffic.  There will be no passengers on the buses during the testing.

The technology being tested does not eliminate the use of bus operators, who will still have operational control over their vehicles.  Rather, it will provide driver assistance capabilities for the operators to shorten the following distance between buses, allow buses to travel at higher speeds, reduce incidents with better lane keeping, and promote smoother merging into the Exclusive Bus Lane.

The demonstration program is being done in partnership with a project oversight committee comprised of representatives from the New Jersey Department of Transportation, New Jersey Turnpike Authority and three bus carriers – NJ Transit, Coach USA and Greyhound.  In addition to the $4.8 million in Port Authority funds earmarked for the program, the Federal Transit Administration, in conjunction with the University of South Florida’s Center for Urban Transit Research, has committed an additional $250,000 that will be used to collect data and undertake a comparative analysis of the two technical solutions demonstrated.

Following completion of the demonstration program in 2021, the Port Authority will explore moving to a pilot test of the best technology.