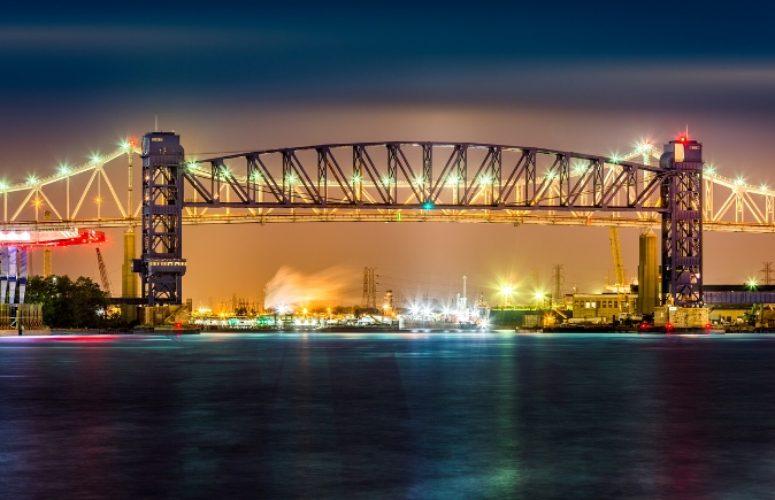 Building on its record-setting 2018 activity levels at its transportation facilities, the Port Authority of New York and New Jersey announces that its airports, seaport, Goethals Bridge and PATH system continue to report record activity levels in January 2019.  These record levels come at a time that the agency is actively engaged in significantly upgrading its legacy transportation facilities under its $32 billion capital investment program to provide customers with a 21st century experience.

“The ongoing record growth at our airports, PATH and seaport in January 2019 is evidence that 2018 was not an anomaly and that we must continue our aggressive plans to rebuild and upgrade our facilities,” said Port Authority Chairman Kevin O’Toole.  “We evaluate this data and our capital program on a regular basis to ensure that our investments are being made in facilities where improvements are needed to increase capacity and maintain the top flight service customers demand.”

“All our facilities are committed to keeping pace with ongoing record growth levels despite the current challenges of operating legacy infrastructure,” said Port Authority Executive Director Rick Cotton.  “Looking to the future, the investments we are making or plan to make at LaGuardia, JFK and Newark airports, at the Port Authority Bus Terminal, at our bridges and at PATH illustrates our vision not only to handle growth but also to replace legacy facilities with ones that will provide a 21st century experience for our customers.”

To accommodate future airport demand, the Port Authority and its private airport partners have committed an unprecedented $28 billion – the most in agency history – to maintain and build new airport facilities across the system. The level of investment illustrates the Port Authority’s aggressive commitment to creating a network of state-of-the art airport facilities.

At LaGuardia, an $8 billion rebuilding of the legacy airport is in progress, and in December, the first new concourse in Terminal B opened to the public.  At Newark Liberty, ground was broken last October for a new Terminal One that will replace the aging and obsolete Terminal A.  And at JFK, Governor Cuomo announced last October a $13 billion project to rebuild the airport, including the addition of 4 million square feet to the airport’s north and south sides to increase airport capacity by at least 15 million passengers annually.  The first new gates of the redeveloped terminal are scheduled to open in 2023 with projected completion in 2025.

During January 2019, the Port of New York and New Jersey handled more than 622,000 TEUs (20-foot equivalent units), the most ever for a month of January and the fifth highest total for any month in the port’s history.  The record cargo volume handled allows the port to maintain its position as the busiest on the East Coast and the third busiest in the nation following Los Angeles and Long Beach.  The cargo growth was bolstered by a 5.9 percent increase in imported goods including clothing, furniture, electronics and other everyday products over the previous record for imports set in January 2018.  In addition to cargo containers, the port also set a new January record for cargo handled by rail, moving 54,705 containers, up 8.8 percent over the previous record set in January 2018.

The port continues to attract larger container ships as a result of the completion of the Bayonne Bridge Navigational Clearance Project, which raised the clearance under the bridge from 151 feet to 215 feet. Since the bridge project was completed, the port has seen a dramatic increase in the size of vessels calling on the port, with nearly 30 percent of all containerized cargo carried on vessels with the capacity to handle 9,000 or more TEUs – the size vessel that could not transit under the old Bayonne Bridge.

To enhance the port’s ability to handle the record cargo growth, the Port Authority announced in January a major new expansion of the rail network serving the Port of New York and New Jersey, allowing the agency to advance its five-year strategic goal to expand rail capacity for cargo destined for outside the region.  The expansion will reduce congestion and emissions and get goods to their final destination more efficiently and at lower cost. The new ExpressRail Port Jersey facility culminates a $600 million Port Authority capital investment program dating back to the 1990s that established direct rail access to on-dock and near-dock intermodal rail services at all of its major marine terminals.  The opening of the final rail facility will allow the port to advance its strategic five-year goal to handle more than 900,000 rail lifts in 2023, the equivalent of more than 1.5 million fewer truck trips traveling through the local roads.

In January 2019, PATH handled nearly 6.5 million passengers, a new record for the month.

To help accommodate future growth, PATH’s installation of its new signal system successfully met federal requirements for PTC by the federally mandated deadline of December 2018.  The new technology provides automatic emergency braking capabilities on each line to prevent accidents such as train-to-train collisions and derailments caused by excessive speed. It was mandated for all U.S. rail systems after a deadly Amtrak crash in California in 2008.

In addition, PATH opened the new $256 million Harrison Station on the westbound side in October, replacing an old brick station that dated to the early 20th century that was built by the Pennsylvania Railroad, which later became PATH.  The new station is handicapped accessible, has better lighting, longer platforms and includes countdown clocks to inform commuters about when the next train will arrive.

PATH also launched several customer amenities in 2018, including the activation of countdown clocks in its stations, and cell service in PATH’s below ground stations.

At the Port Authority’s crossings, the Goethals Bridge established a new January record for vehicular traffic in 2019, reporting 1,327,000 eastbound vehicles, a 10 percent increase over the previous record of 1,203,000 eastbound vehicles that traveled over the crossing in January 2017.  Last May, a new Goethals Bridge was completely open to traffic, providing travelers with three, 12-foot lanes in each direction to accommodate future growth and shoulders to improve incident response and ensure reliable travel times.

In addition to the Goethals Bridge, the Port Authority opened the four-lane main span of the Bayonne Bridge in February 2019, which will not only benefit travelers by providing two, 12-foot travel lanes, a full shoulder, and median barrier to separate northbound and southbound traffic, but also provides a major benefit for the agency’s maritime ports by allowing new modern ships up to 18,000 TEUs to travel under it.