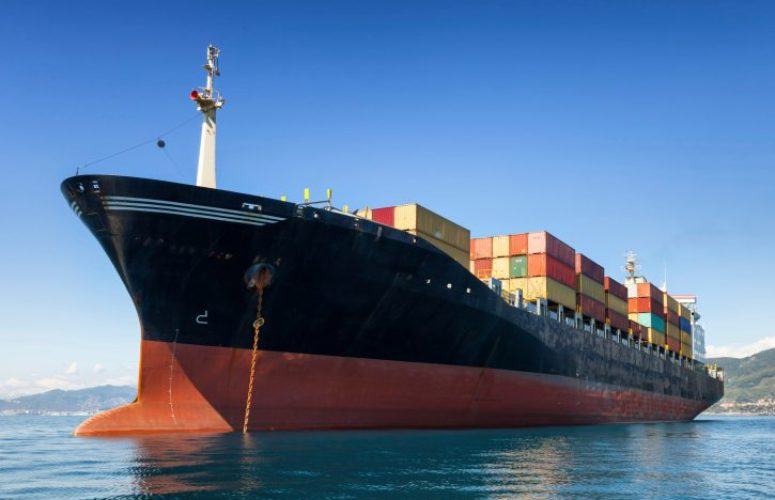 Recognizing the untapped potential and excess capacity of the coastal waterways, the Alliance will serve in an advisory capacity on research, analysis, and relationship building to support the realization of a financially viable, regional barge network. The Alliance will be composed of public agencies, port authorities, marine terminal operators, and service providers, and will provide a forum for stakeholders to work collaboratively to develop and expand regional barge services among two or more North Atlantic ports, ranging from Maryland to Maine. The Alliance will function in a similar fashion to the Port Performance Task Force, created in 2013 to have all port stakeholders develop and implement solutions to issues that confront the entire port community.

Development of the North Atlantic Marine Highway Alliance complements Freight NYC, a $100 million plan released by NYCEDC earlier this year. The plan aims to reduce dependency on trucking for distribution and increase use of rail freight and marine barging to move freight in and around the City of New York. Freight volumes are forecast to increase nearly 70 percent by 2025.

USDOT’s Maritime Administration will be supporting these efforts to create a regional barge network through its marine highway grant program. In August, NYCEDC was awarded approximately $300,000 through a Federal grant.  The grant, which will be matched by the City of New York and potentially by other advisory group members, will be used to research potential markets and operational elements of the barge system.

In 2017, the Port Authority of New York and New Jersey handled a record 6.7 million TEUs.  Through July 2018, cargo volumes are up 7 percent over the previous record set in 2017.  The Port Authority has made investments in its rail and road network to accommodate the increased cargo from larger ships but believes the use of barge services will help reduce the current 85 percent reliance on trucks to transport goods to and from the port.

“Our goal is to balance the need to efficiently and effectively move freight throughout the region and beyond, while continuing to be good environmental stewards to the communities that surround our port facilities,” said Port Authority Executive Director Rick Cotton.  “This new alliance will help us achieve that goal by seeking to foster more environmentally friendly barge services to transport cargo to and from the port, which will supplement other major initiatives we have in place that address emissions reductions and air quality for those who live and work in the port community.”

“Reducing the amount of cargo coming in and out of the New York City metro area by truck is key to improving air quality and decreasing congestion,” said NYCEDC President and CEO James Patchett. “NYCEDC’s Freight NYC plan underscores the potential that our waterways have to catalyze the City’s freight distribution network. In partnership with other members of the North Atlantic Marine Highway Alliance, we can develop a sustainable regional barge network that will support a 21st century economy.”

“With cargo volumes continuing on record pace, it’s critical that we explore all options to transport goods on and off the port complex to reduce congestion on our highways and our environmental footprint,” said Port Department Director Molly Campbell.  “Our coastal waterways are an important underutilized resource that could provide an environmentally friendly mode to transport cargo along the East Coast.”

“I have long stated that the New York region needs a better way to move goods, plain and simple. We must end our over-reliance on trucks that clog and destroy our roads, make the cost of doing business and consumer goods more expensive, harms our environment, raises childhood asthma rates, and creates safety and national security vulnerabilities,” said Congressman Jerrold Nadler.  “As detailed in the city’s Freight NYC plan, the establishment of the North Atlantic Marine Highway Alliance will bring together a coalition of public and private organizations dedicated to promoting a greater use of our waterways to move goods in the New York City-New Jersey metropolitan region, I welcome that collaboration and look forward to participating in the discussion.”

“This grant and the creation of this council will help expand movement of freight by water, in turn reducing truck traffic, congestion, wear and tear on infrastructure and pollution.  Bringing together industry, local government and other stakeholders will produce tangible solutions that benefit our local and regional economies and our environment,” said Congresswoman Nydia M. Velázquez.

“The Port Authority’s and NYCEDC’s barging initiative focuses on moving away from inefficient trucking and towards maritime transportation, which is more environmentally friendly and safer for our residential communities. We must protect our neighborhood streets from more trucks,” said Assistant Speaker Felix W. Ortiz.

“As our city continues facing serious congestion concerns, a switch to transporting freight by maritime and rail will reduce traffic congestion and create jobs for the world’s greatest city,” said New York City Council Member Paul Vallone, chair of the committee on economic development. “Investments in barging and the creation of a northeast barge council will ensure that the shift to barging from trucking is an effective and inclusive process that benefits all New Yorkers.”

“The possibility of more barges means less trucks, less congestion, and less pollution,” said New York City Council Member Carlos Menchaca. “The newly awarded grant and creation of a Northeast barge council shows EDC’s and the Port Authority’s commitment to diverting freight from highways to waterways, and I commend them both for their continued work in this regard. This is another step in the right direction not just for investing in our maritime industrial infrastructure, but for New Yorkers who live in Sunset Park and have had to deal with freight traffic for decades. I look forward to working with EDC to ensure the FreightNYC plan continues to be implemented correctly.”

“The North Atlantic Marine Highway Alliance is just the kind of collaboration between stakeholders needed to ‎advance the objectives of the Americas Marine Highway Program, ” said Admiral Mark Buzby, administrator of the United States Maritime Administration.

“The North Atlantic Marine Highway Alliance and vital support from the Maritime Administration will bring together industry and governmental leaders with academic thought leaders, a crucial collaboration to further develop our nation’s waterways to move goods effectively and efficiently. SUNY Maritime College was honored to host the Marine Highway Conference with the Maritime Industry Museum at Fort Schuyler, and provide a forum to begin the discussion for implementing the regional council. Maritime College looks forward to being a partner in the alliance to reimagine the country’s maritime infrastructure for the purpose of reducing pollution and congestion, and creating good-paying jobs,” said Rear Admiral Michael Alfultis, president of SUNY Maritime College.

“The Maine Port Authority enthusiastically supports the creation of the North Atlantic Marine Highway Alliance. This Alliance will, for the first time, combine the resources and energy of the various public and private stakeholders to identify markets, means and methods to realize a multi-region marine highway system,” said Jon Nass, CEO of the Maine Port Authority, “We applaud the USDOT Maritime Administration for its commitment to the Marine Highway initiative. We look forward to working with our partners throughout the Northeast to turn this concept into reality.”

“This announcement is encouraging because making greater use of our waterways will create good jobs, reduce highway congestion and benefit the environment. Any growth in the maritime sector also boosts America’s national, economic and homeland security,” said Joseph Soresi, Atlantic Coast vice president of the Seafarers International Union of North America.

“International Longshoremen’s Association Local 1814 applauds the US Maritime Administration, Port Authority and NYC Economic Development Corporation for advancing and supporting short sea shipping along the North Atlantic Coast,” said Louis Pernice, president of Local 1814 International Longshoremen’s Association. “Shipping freight by water is an idea whose time has come as it is nearly ten times more efficient than moving freight by truck and relieves chronic highway congestion: good for the economy and good for the environment.  The creation of the Northeast Marine Highway Alliance will ensure wide participation by large and small ports; create strong market support; and provide good jobs up and down the East Coast.  Congratulations to all for making this happen and we stand in strong support.”

“The creation of the Northeast Barge Council and Maritime Administration grant underscores the City of New York’s commitment to mitigating congestion on our roadways while preparing for a future of complex and demanding supply chain logistics. Shipping cargo by barge rather than truck is a win for our region in four different ways: reduced transit cost, less pollution improving health, decreasing congestion and more good paying maritime jobs.  We applaud the significant commitment to New York City’s working waterfront and the backing of marine highway proposals which make New York City more economically competitive,” said Roland Lewis, CEO and president of the Waterfront Alliance.

Marcia Bystryn, president of the New York League of Conservation Voters, said, “Rethinking the way freight is managed in our region is critical to reaching our climate goals. Analyzing opportunities for regional barging and creating a barge council would make use of one of the city’s most vital resources – its waterways. They would also reduce traffic congestion, bring a much-needed investment to the city’s freight transportation sector, and reduce greenhouse gasses from truck traffic. These types of solutions will help the city continue to lead on the environment this Climate Week. We look forward to working with NYCEDC and other community stakeholders as these initiatives are implemented.”

“On behalf of NYC Environmental Justice Alliance and our member organizations, I am pleased to see this investment in the future of our waterways. Moving freight by water is far more efficient than trucking, and can help reduce emissions and air pollution in vulnerable communities. We look forward to further investments through the Freight NYC plan that can help create good jobs and deliver positive environmental benefits,” said Eddie Bautista, executive director of the New York City Environmental Justice Alliance.

“As a maritime industrial community, Hunts Point has borne more than its share of heavy industry and waste-related uses that in decades past were pushed to the periphery of NYC.  We are bordered by water on three sides and it is only in recent years that we have begun to see the promise of our waterfront– new shoreline parks, a greenway, and a new marine terminal that is already taking trucks off our streets.  We welcome any additional efforts to replace truck and van miles with barge and boat miles, both to improve our air quality and to create new jobs and economic activity in our neighborhood,” said Maria Torres, president and COO of The Point CDC.

“Red Hook Container Terminal stands ready to actively participate in the newly formed North Atlantic Marine Highway Alliance,” said Mike Stamatis, president and CEO of Red Hook Container Terminal.  It is time to move past talking about shifting more freight to the region’s coastal waterways and start doing something.  This Alliance must focus on the shipping community, especially beneficial cargo owners and vendors, and design a service that meets their needs.  If we are successful the entire region stretching from Virginia to Maine can benefit from less highway congestion, better air quality, and more good paying jobs.  We applaud the Maritime Administration for the grant funds that will make this happen and to the Port Authority of NY/NJ and NYC Economic Development Corporation for leading the effort.  Let’s get to it!”

“We applaud and support NYCEDC and the Port Authority for spearheading the regional barging council. D&M Lumber relies heavily on maritime infrastructure in New York Harbor for both container and rail freight, and this announcement will help our business grow, stay competitive, and keep good-paying jobs in New York City,” said Steve Packin, president of D&M Lumber.