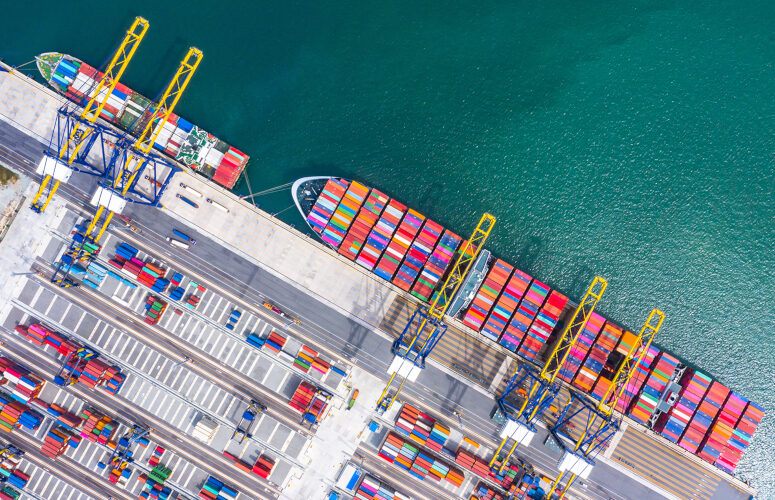 About 4 in 10 Americans report experiencing a higher than usual level of supply chain problems this holiday season and many have pared down their shopping lists due to rising prices. The Monmouth University Poll finds that gift-giving and traveling are the top stressors this holiday season. Overall, 3 in 10 say they feel more holiday stress this year than during pre-pandemic holiday seasons and the number of people who find the holidays more enjoyable than other times of the year has declined.

Four in ten Americans have cut back on their holiday shopping lists this year because of high prices – 19% have cut back a lot and 21% a little, while nearly half (48%) say they are purchasing the same amount of gifts as usual. Another 10% say they don’t shop for the holidays or wait until later. Those who make less than $100,000 a year (46%) are more likely than higher earners (26%) to report paring down their gift lists this year. Also, more women (45%) than men (36%) say high prices are causing them to make cuts.

Between a third and just under a half of Americans have experienced an increase in supply chain problems while shopping for gifts this year. This includes items being out of stock at stores (46% say this has happened more often than usual compared to past years), items being out of stock online (41%), and packages being delayed or going missing (34%).

Despite these experiences with supply chain problems, the country as a whole has not made much of a change to its typical holiday shopping timeline. Just 22% of the public reports getting most of their shopping done by the end of November and 32% expect to wrap things up by mid-December. Another third (36%) will leave the bulk of their shopping until the last ten days before Christmas. These results are nearly identical to shopping timeframe intentions reported in Monmouth’s 2018 poll.

“Inflation and supply chain problems are having an impact on holiday shopping. It appears that most Americans are trying to make this year as normal as they can, but it may be taking some of the joy out of the season,” said Patrick Murray, director of the independent Monmouth University Polling Institute.

Even though the number of people who report feeling the holiday season is more stressful than the rest of the year remains unchanged, about 3 in 10 (29%) American adults say they are experiencing more stress now compared to pre-pandemic holiday seasons. Another 10% say they actually have less stress than they did before Covid. When asked to compare their current holiday stress to last year – a time when the Covid infection rate was reaching its peak – 34% say they have less stress now, while 19% say they actually have more holiday stress than they did in 2020.

Overall, similar numbers of parents with children under age 18 (39%), adults under age 55 who do not have children (39%), and adults age 55 and older (32%) say they find the holidays more enjoyable than the rest of the year. However, non-parents under age 55 (34%) are somewhat more likely than parents (27%) or adults age 55 and older (25%) to say the holidays are more stressful. Non-parents under 55 years old (36%) are also somewhat more likely than parents (24%) and older adults (24%) to say that this year’s season is more stressful than pre-Covid holidays.

“It is interesting that non-parents are feeling relatively more stress from the holidays. Perhaps that’s because parents have been making more adjustments to their lives during Covid and that has become the new normal for them,” said Murray.

Overall, 51% of Americans say finding the right gifts causes them at least a little stress during the holidays and 37% say the same about traveling. Other holiday stressors include being with family members (39%), cooking (32%), and putting up holiday decorations (24%). Among these five different holiday activities, the two that are most commonly identified as the top stressors are finding the right gifts (28%) and traveling (24%). The percentage of Americans who choose gift-buying as their biggest stressor is unchanged from 2018 (28%), but the number who point to traveling as causing them the most stress has ticked up from 17% three years ago.