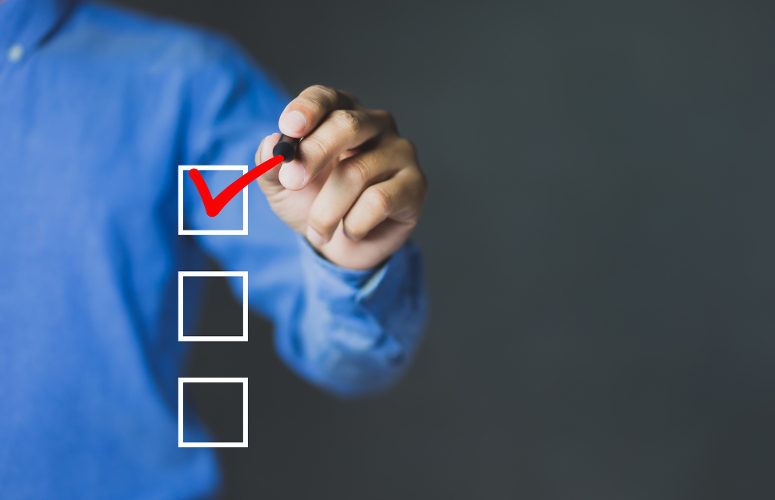 The public’s views of New Jersey’s quality of life have settled back to normal from the pandemic rally effect recorded in last year’s Monmouth University Poll. The poll finds that the number of state residents making plans to visit the Jersey Shore this summer is back to near normal levels, although some families are hesitant about spending a week or more in a beach rental just yet. In other poll results, very few New Jerseyans think the recent legalization of recreational marijuana use has had any impact on the state’s quality of life. At the same time, a little more than half are actually aware it is, in fact, legal now.

Monmouth’s exclusive Garden State Quality of Life Index score now stands at +25. This is down from +37 in April 2020 during the early days of the pandemic, but is similar to the prior reading of +24 in September 2019. The prior high for this index was +31 in April 2012 and the prior low was +13 in February 2019. The current reading is in line with typical scores for this index over the past decade.

The quality of life index score has dropped across most areas in the state except urban ones. Responses from residents of urban communities result in a +20 score, which is similar to the +18 score last year. The current result puts these areas on more of a par with other parts of the state. The index currently stands at +26 in older towns and suburbs (down from +41 in 2020) and an identical +26 in growing suburbs (down from +45). Of note, the current poll marks the first time that urban sentiment is nearly the same as suburban views in Monmouth’s quality of life index trend going back to 2010.

“Perceptions of New Jersey’s quality of life have returned to more normal levels after experiencing a brief rally effect when the pandemic struck last year. However, the fact that ratings in urban communities held steady from that spike is worth watching. It may be a blip, but it could also signal increased optimism among these residents,” said Patrick Murray, director of the independent Monmouth University Polling Institute.

The Garden State Quality of Life Index was created by the Monmouth University Polling Institute in 2010 to serve as a resident-based indicator of the quality of life offered by the state of New Jersey. The index is based on five separate poll questions: overall opinion of the state as a place to live – which contributes half the index score – and ratings of one’s hometown, the performance of local schools, the quality of the local environment, and feelings of safety in one’s own neighborhood. The index can potentially range from –100 to +100.

A key indicator of the state’s quality of life is the health of the Jersey Shore. In what may be the most Jersey-centric metric for whether the state is returning to normal, 58% of residents say they plan to make a trip down the shore this summer. This result is on the low end of the typical range of between 6 in 10 and 7 in 10 New Jerseyans in past polls who said they planned to hit the beach that summer. The current numbers are higher than last year, though. Monmouth’s April 2020 poll found that 58% of the public had been planning a Jersey Shore trip before the pandemic, but only 27% of the public overall said they were likely to go once Covid hit.

The major dip in shore plans this year versus a normal year is due to the lower number who plan to stay at least a week (19%). This number is usually in the low- to mid-20s. Daytrippers and weekenders, though, should be out in nearly full force according to these poll results, representing 39% of the public. However, families with children are among those less likely to be planning a trip to the Jersey shore this year (62%) compared to the same point ten years ago (78%).

“Jersey Shore crowds may be the most iconic indicator of whether the state is getting back to normal. There may be some vacancies in short-term rentals this summer with fewer families making an extended trip, which makes sense since Covid vaccines aren’t available for most children. However, most New Jersey adults are itching to get back on the beaches and boardwalks,” said Murray.

On an unrelated, yet significant, issue that could have an impact on the quality of life, New Jersey legalized the use of marijuana for recreational purposes this year. Overall, 68% support this, which is similar to 65% who said the same a year ago and 67% of the electorate who voted “yes” on the legalization ballot measure last November. However, only a little more than half (53%) of the state public is aware that recreational marijuana is in fact legal. Another 11% wrongly believe it is not legal and 36% are not sure. The vast majority (86%) of New Jerseyans say this change in marijuana laws has had no impact on the state’s quality of life. Another 4% say legalization has made the quality of life better and 6% say it has made it worse.

“The early days of marijuana legalization have been barely a blip on the radar. We’ll see if that changes once production and retail outlets start opening across the state,” said Murray.

Turning back to other metrics that make up the Garden State Quality of Life Index, the rating that has remained most stable since last year is opinion of one’s own community. More than 3 in 4 New Jerseyans rate their own town or city as an excellent (33%) or good (43%) place to live, with 19% saying it is only fair and 5% rating it as poor. The current 76% positive hometown rating is only slightly lower than the record high of 79% recorded last year.

Opinion of schools has seen the biggest drop among the local quality of life index metrics. Ratings for the job local schools are doing stand at 24% excellent, 40% good, 18% fair, and 8% poor. The combined 64% positive rating is down from last year’s all-time high of 73%. The prior high was 68% in February 2012, but this rating has generally hovered in the low 60s throughout the past decade.