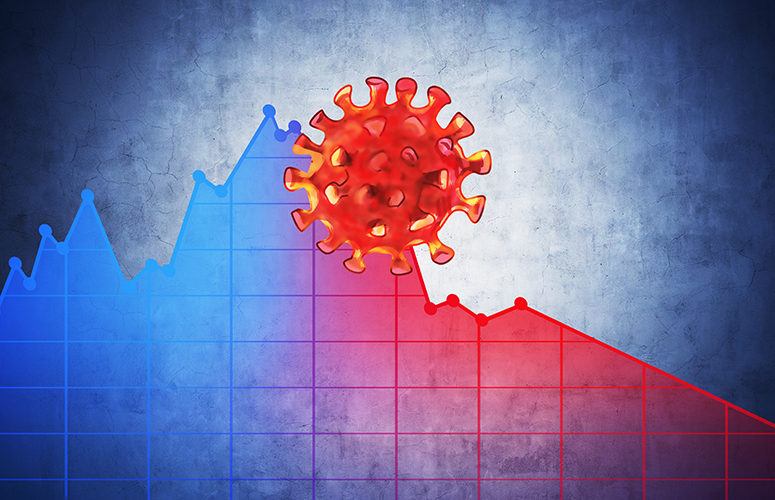 Poll: Most Americans ‘Worn Out’ by COVID

Public officials’ COVID ratings down; dip in support for mandates

A majority of Americans say they feel “worn out” by how COVID has impacted their daily lives, and nearly half feel “angry” about it. And the public’s exasperation may also be having an impact on how they view their political leaders’ handling of the pandemic, according to the latest Monmouth University Poll. Support for face mask and workplace vaccine mandates has also declined since the fall when the delta variant started to dominate.

Six in ten Americans feel worn out by pandemic-related changes they have had to make to their daily lives over the past 20 months. This includes 36% who feel worn out a lot and 24% who feel worn out a little. The poll also finds that nearly half of the public feels angry about how COVID has impacted their daily lives – 24% a lot and 21% a little. Republicans (64%) are no more likely than Democrats (63%) to say they feel at least a little worn out by pandemic-related changes to their lives, but they are much more likely to report feeling angry (63% and 34%, respectively).

Looking at both feelings simultaneously, just over one-third (36%) of the country reports being both worn out and angry. Another 25% feels worn out but not angry and 9% feels angry but not worn out, while 30% say they don’t feel either way about COVID-driven changes to their daily lives. Other than partisan-related variations in these results, there are few significant demographic differences in reports of being either worn out or angry due to the pandemic. However, adults under 55 years old (74%) are somewhat more likely than those aged 55 and older (63%) to say that they feel either or both of these negative emotions.

“The fact that Americans say they have had enough should be no surprise. Every time we try to adjust to a new normal, another variant pops up to put us on guard again. This perpetual unease is having an impact on how we view those charged with handling the pandemic,” said Patrick Murray, director of the independent Monmouth University Polling Institute.

The American public is now split on whether President Joe Biden has done a good job (46%) or bad job (46%) handling the pandemic. Prior to this poll, though, Biden’s ratings on the pandemic had consistently been in net positive territory including as recently as last month (53% good and 41% bad). Positive ratings for how Biden is handling the pandemic has dropped more among independents (from 50% in November to 38% now) than it has among either Republicans (from 16% to 10%) or Democrats (from 90% to 88%). Also noteworthy is that this decline has occurred mainly in states Biden won in 2020 (from 60% in these states last month saying he has done a good job to 47% now). Opinion of Biden’s performance in the states he lost is stable (from 44% good job in November to 45% in December).

“We just came out of an off-year election in Virginia and New Jersey where blue states did not look so blue. The failure to get COVID under control may be playing a role there, especially for independent voters, in a growing sense of frustration with the party in power,” said Murray.

Ratings for state governors have ticked down as well (to 50% good job and 41% bad job, compared with 60% good and 35% bad in November). In states Biden won, positive governor ratings have dropped from 61% to 49%. In states he lost, they dropped from 58% to 52%. Ratings for how federal health agencies have dealt with the pandemic (48% good job and 41% bad job) remain positive, but have also slipped (53% good and 38% bad in November). Opinion on how the American public is dealing with the pandemic remains largely negative at 27% good job and 56% bad job (35% and 55%, respectively, in November).

The Monmouth University Poll also finds that Americans’ support for instituting, or reinstituting, face mask and social distancing guidelines in their state, which went up from 52% in July to 63% in September as the delta variant spread, has gone back down to 55%. Support for requiring people to show proof of vaccination in order to work in an office or other setting where they are around people has gone from a slight majority in September (53%) to a minority now (46%).

The number of people who are very concerned about a family member becoming seriously ill from the virus (30%) is the same as it was in July (30%), when cases were at a low ebb. This level of concern rose to 45% in September as the delta variant spread. Just under half are concerned – 14% very and 32% somewhat – about them personally catching one of the new COVID variants. These results are similar to the July poll (the question was not asked in September). Concern about catching a new variant is somewhat higher among those who have already received a booster shot (66%) than among those who are vaccinated without a booster (51%) – with the caveat that the booster cohort is older than the non-booster vaccine group. However, both of these vaccinated groups are much more concerned about infection from a new variant than those who have not been vaccinated at all (12%).

“Public health officials say we need to reach a certain level of herd immunity before this virus shifts from a pandemic to an endemic problem. Based on months of survey results, this transition is likely to take longer than necessary because a small but significant portion of the public simply won’t acknowledge the risk,” said Murray.