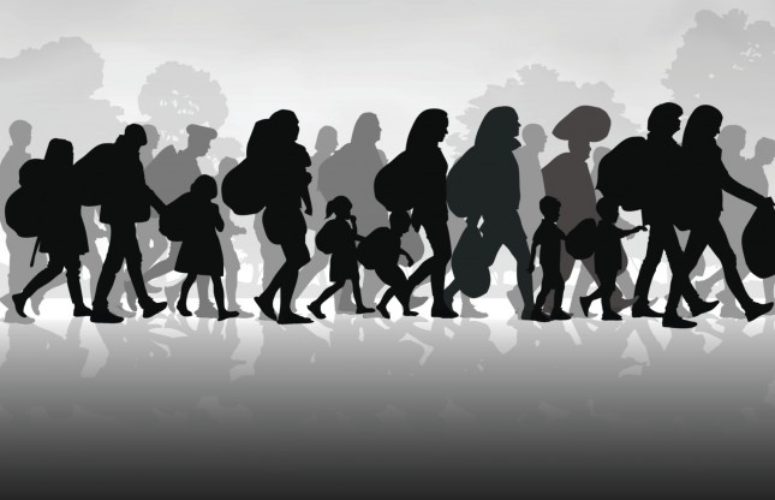 In the midst of terror attacks at home and abroad, and following Gov. Chris Christie’s demand that no Syrian refugees come to the state, New Jersey residents split evenly on whether to accept refugees from Syria, according to the latest Rutgers-Eagleton Poll. While 45 percent say New Jersey should remain open to refugees from the conflict in Syria, another 45 percent disagree, while 10 percent are unsure.

Note: One-fifth of this Rutgers-Eagleton Poll was completed prior to the shooting in San Bernardino, Calif., on Wednesday, Dec 2. About half of all interviews had been completed by Friday, Dec. 4, when the FBI declared it was investigating the shooting as an act of terrorism.

Most of those who oppose Syrian refugee resettlement in New Jersey also support Christie’s insistence that even refugee children should be barred. Only a quarter of those initially opposed to Syrian refugees in the state would make an exception for children.

Feelings toward Syrian refugees do not necessarily go hand in hand with general attitudes toward immigration. While many oppose Syrian refugee resettlement, just 34 percent of Garden Staters think the number of immigrants in the state is too high, actually down seven points in the past four months; 49 percent now think the number is just right. Most either say immigrants make the overall quality of life here better (34 percent) or believe they do not have much of an effect either way (38 percent). Only 19 percent of New Jerseyans say immigrants make the quality of life in the Garden State worse.

“Over half of U.S. governors – including New Jersey’s own – have said they will refuse to accept Syrian refugees in the wake of the Paris attacks, even though immigration policy is a federal, not state, responsibility,” said Ashley Koning, assistant director of the Eagleton Center for Public Interest Polling at Rutgers. “Opposition toward Syrian refugees has become, for some, a broader symbol of security and resistance to terrorism. Even New Jerseyans – whose general attitudes toward immigration remain largely positive – have reservations about harboring this specific group.”

Apprehension about Syrian refugees stems from significant concern over a future terror attack. Eight in 10 worry that another attack will happen on American soil, while seven in 10 fear one will occur in or near New Jersey.

As a precaution, almost all New Jerseyans (86 percent) support surveillance and security checks in public places like stadiums, movie theaters and shopping malls; this number is similar to other polls’ nationwide results.

Despite these fears, most New Jerseyans – unlike the rest of the country as reported in national polls – believe the U.S. government is generally doing well in reducing the threat of terrorism.

Results are from a statewide poll of 843 adults contacted by live callers on both landlines and cell phones from Nov. 30 to Dec. 6, 2015. The sample has a margin of error of +/-3.8 percentage points. Interviews were done in English and, when requested, Spanish.