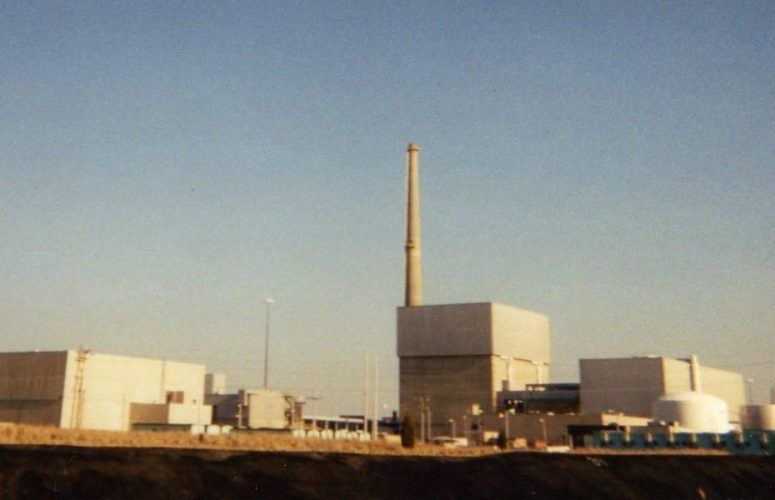 For the past 49 years, Oyster Creek Generating Station in Forked River has been safely and reliably powering more than a half-million homes and businesses with carbon-free energy. That legacy ended at noon today when operators took the Oyster Creek reactor offline for the final time.

The oldest operating commercial nuclear power facility in the nation now enters a new chapter. Over the next few weeks, workers will remove the reactor’s fuel supply and store it safely in the station’s used fuel pool. After that, workers will begin prepping the station for dismantlement and long-term decommissioning.

“Today we celebrate the proud legacy of Oyster Creek and the thousands of employees who worked here and shared our commitment to safety and operational excellence for almost 50 years,” said Site Vice President Tim Moore. “Eventually these buildings will disappear, but the station’s legacy of safe, reliable operations, community involvement, and environmental stewardship will never fade.”

Oyster Creek began commercial operation on Dec. 23, 1969 and has since produced almost 200 million megawatt-hours of carbon-free electricity, enough to power about 600,000 homes for nearly a half-century with virtually no greenhouse gas emissions. Along the way, it’s estimated that the station and its employees pumped more than $3 billion into the local economy, including wages, taxes, charitable contributions and local purchasing. Since 1969, Oyster Creek has offset more than 140 million metric tons of carbon, the equivalent of nearly 31 million cars. The station has been such a landmark in the Lacey community that an atomic symbol is memorialized in the town’s coat of arms.

“We salute Oyster Creek and its employees for the service and goodwill they have provided to Lacey Township and the surrounding communities for nearly a half-century,” said Lacey Township Committeeman Gary Quinn. “Although we are sad to see this icon of the community cease operations, we look forward to a continued strong relationship with those at the facility as it enters into decommissioning.”

“Oyster Creek has been a positive and enduring asset to our community for many years,” said Tim Hearne, executive director and chief executive officer of the United Way of Monmouth and Ocean Counties. “The station and its employees have had an indelible impact on the charitable organizations serving our region and the families they support.”

In July, Exelon Generation announced a conditional sale of Oyster Creek to Holtec International, a global leader in used nuclear fuel management technologies. The transaction is expected to close in 2019, pending license transfer approval from the NRC. Once the sale is completed, Holtec International will manage all site decommissioning and restoration activities with a goal of full decommissioning within eight years.

About 300 of Oyster Creek’s employees will be staying at Oyster Creek for decommissioning with Exelon Generation and, ultimately, Holtec. Other employees are moving to other roles within the Exelon family of companies, while some have elected to retire or move on to other opportunities outside the company.