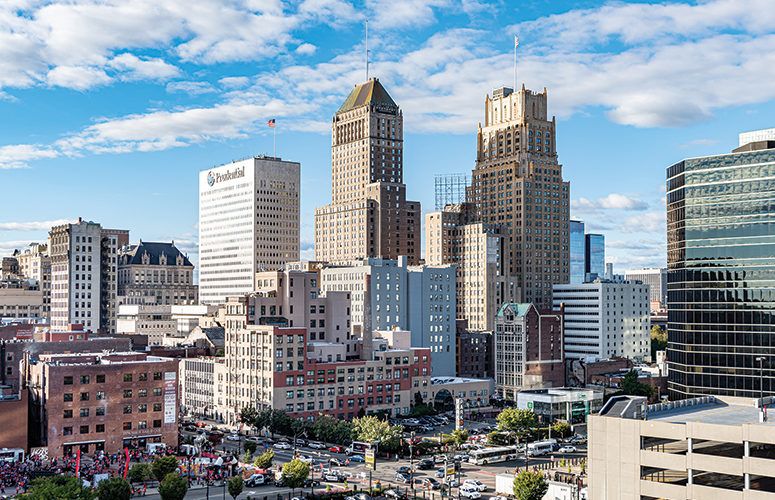 Ørsted announced that it will open its North American Digital Operations Headquarters in Newark. The new office will initially be home to over 20 Ørsted staff, including 12-14 new IT positions in 2021, and has the potential to more than double its headcount over the next several years based on Ørsted’s offshore and onshore growth in the U.S. The digitalization headquarters in Newark will integrate with Ørsted’s other digital operations offices in Europe and Asia.

Ørsted selected Newark for its Digital Operations Headquarters due to its proximity to IT talent pools in the region and because of its strategic location to key existing Ørsted offices and businesses. The Digital Operations Headquarters will require highly trained, technical staff who will support Ørsted’s operations throughout North America for both onshore and offshore assets. New Jersey’s impressive institutions of higher education, including the New Jersey Institute of Technology, will be important partners to Ørsted as it recruits personnel to fulfill the company’s onshore and offshore digital needs.  In 2021, Ørsted will bring on staff in several key areas, including:

“Our investments into New Jersey are expanding beyond our offshore wind projects,” said David Hardy, CEO of Offshore North America, Ørsted. “While most of our employees will be based in southern New Jersey when our projects are operational, this headquarters ensures that the economic benefits of offshore wind will be spread across the entire state. Newark is a fast becoming a tech hub and we’re proud to play a part in its resurgence.”

“Developing New Jersey’s offshore wind industry allows us to address climate change and also bolster the state’s economy through millions of dollars in investments and high-quality jobs,” said Gov. Phil Murphy. “We are thrilled that Ørsted will open their North American Digital Operations Headquarters in Newark, a key city and partner in growing New Jersey’s innovation economy. Ørsted’s commitment to our state further solidifies New Jersey’s position as the leader in offshore wind in the United States.”

“We are pleased to welcome Ørsted, a global leader in clean energy, as one of Newark’s newest corporate citizens,” Newark Mayor Ras J. Baraka said. “In addition to providing high-tech job opportunities for our residents and helping make Newark a more attractive destination for innovative business, having Ørsted join our growing tech hub can inspire a new generation of sustainability innovators committed to tackling the climate crisis.”

“As Ørsted opens its first office in northern New Jersey, I’m proud to see our state lead the nation in harnessing clean forms of energy like wind, and applaud Newark as it continues to transform itself into a center for technological innovation,” said U.S. Senator Cory Booker (NJ).  “Investments in renewable energy will help to mitigate the effects of climate change, strengthen our economy, and provide for the clean energy future that we all deserve.”

Ørsted is currently finalizing lease negotiations and has already initiated recruitment for the new headquarters. This is Ørsted’s first office opening in northern New Jersey, the company previously opened a project office in Atlantic City in 2018. The company expects the office to begin welcoming employees in the new office in Q4 of 2021.