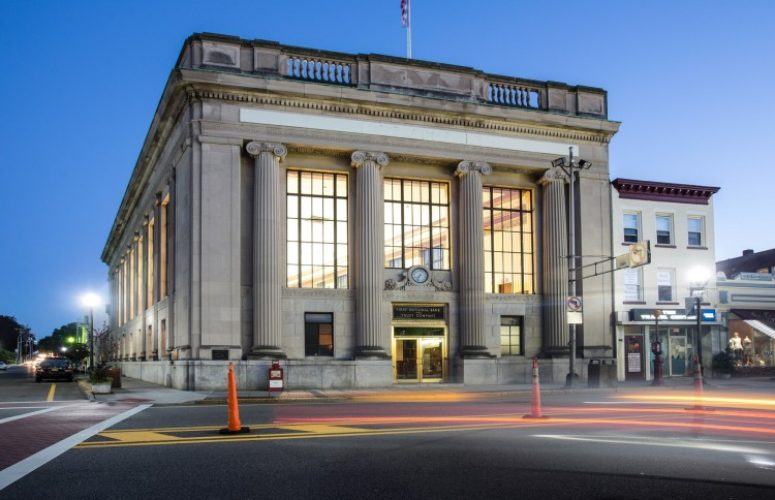 Onyx’s Vice President of Retail Leasing and Development, Joel Dicker, said that 54 East Ridgewood Avenue is attractive to retailers because of its location in the heart of downtown Ridgewood, one of Bergen County’s retail hubs.

“When Onyx closed on the purchase, our vision was that the vault infrastructure, 34-foot ceilings and classical architecture would make for a great dining and retail backdrop,” Dicker said. “With Onyx’s development expertise, we knew we could turn this vision into reality.”

The additional space is split between 3,044 square feet of street-level area and approximately 6,000 square feet of lower level space, where First National Bank’s second subterranean vault remains. Besides the interior’s interesting architectural features, the available space offers a proposed, covered, pedestrian walkway that connects the premises and Prospect Street with the municipal lot in the rear. A packaged goods license can also be made available.

While not yet able to identify prospective tenants for the remaining space by name, Dicker shared that dining and retail concepts have come forth including a lower-level eatery – in tandem with a street level gourmet market and wine store – as well as a wine storage concept for the lower level, which offers secure, consistent temperature throughout the year.

The property is located two blocks from the Ridgewood train station.  Onyx’s other “adaptive reuse” investments in Ridgewood include 30-38 Oak Street – the former post office, now home to Park West Tavern and Kidville – and 257 East Ridgewood Avenue, the former Sealfons Department Store building, which has been leased to PNC Wealth Management, among other tenants.