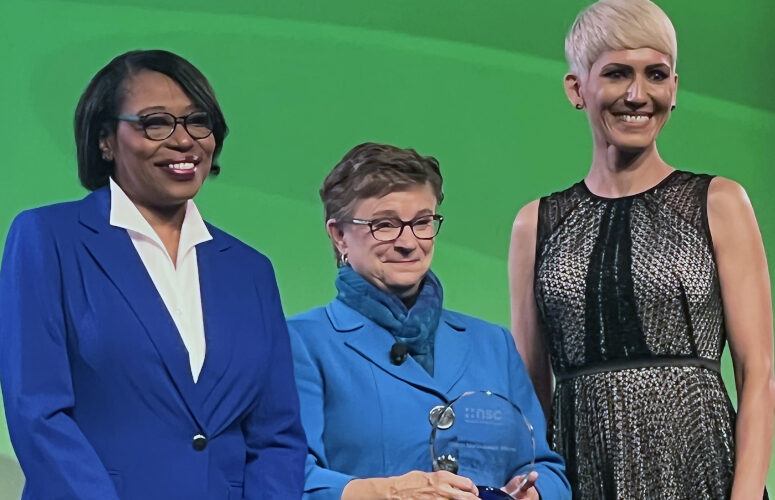 Violet Marrero, the consumer safety director at NJM Insurance Group, has been named a recipient of the 2022 Marion Martin Award. Marrero joins fellow 2022 winner Maude Taylor McGraw from Cummins Inc. as the first women of color to receive this prestigious award.

The National Safety Council bestows the Marion Martin Award annually to female safety professionals who exhibit excellence in their area of specialty and help open doors for other women working in the field of safety. For the past six years, Marrero has overseen the company’s award-winning Teen Driver Safety Programs.

“Improving roadway safety for teen drivers is more than my career, it’s my passion,” said Marrero. “I am grateful to NJM for supporting my work. I’m honored to be recognized with the Marion Martin Award alongside my fellow winner, Maude Taylor McGraw, and for being the first women of color to receive this recognition.”

Marrero joined NJM in 2016 and is responsible for the expansion of NJM’s successful Teen Driver Safety Programs. She has developed effective programming that makes roadways safer and has been a champion for promoting women in the safety industry and within NJM. Her work positions NJM as a leading teen driver safety advocate in the Mid-Atlantic region.

She is also an active member of several boards and committees supporting automobile and traffic safety, including the Advocates for Highway and Auto Safety and the Insurance Institute for Highway Safety.

“Violet has distinguished herself as a respected leader in the field of safety within both the insurance industry and the larger safety community,” said Mitch Livingston, NJM president and CEO. “Her significant contributions and dedication to promoting opportunities for women in this field make her an ideal recipient for this honor.”

Marrero was the Manager of Special Projects with the New Jersey Division of Highway Traffic Safety before joining NJM. She provided strategic planning and oversight of more than two million dollars of federal funding and served as technical consultant for developing the National Highway Traffic Administration’s Tool Kit for States to reduce impaired driving in underserved populations.

“Congratulations to Violet for this well-deserved recognition,” said Lorraine Martin, NSC president and CEO. “Our roads are the most dangerous they’ve been in 16 years, so her focus on teen driver safety is of the utmost importance in protecting this vulnerable group of new drivers. NSC is proud to bestow this honor for her many years of life-saving work.”

NJM’s Teen Driver Safety Programs are offered at no cost to high schools in Connecticut, Maryland, New Jersey, Ohio, and Pennsylvania. NJM’s research-based programs empower parents and teens with the information and resources they need to build safe driving skills. The Programs have reached more than 205,000 parents and teens since their launch in 2013 and were recognized in 2016 by the National Safety Council for their demonstrated results in reducing behaviors among teens that lead to crashes. For more information about NJM’s Teen Driver Safety Programs, or to schedule a program in your area please visit njm.com/teen-driver-safety.