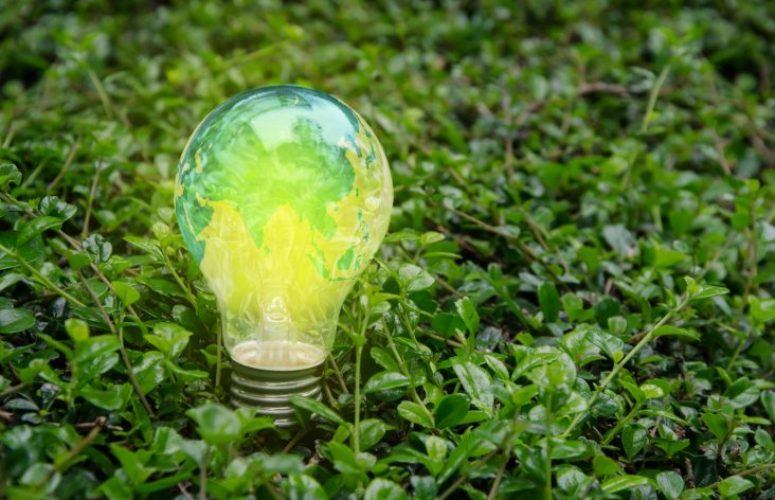 Princeton-based NRG Energy, Inc. is establishing a clear course towards a clean energy future by setting ambitious sustainability goals as part of its continued corporate growth strategy. The new goals are announced in conjunction with today’s groundbreaking ceremony of the company’s new “ultra-green,” grid resilient corporate headquarters in Princeton, expected to open in 2016. The new headquarters was developed in collaboration with and is enabled by a long-term lease with Boston Properties, which will own the building.

The core of NRG’s sustainability goals is:

“Having already reduced our CO2 emissions by 40% since 2005, we see a clear path to further dramatic long-term reduction as we vigorously pursue our multi-faceted, long term sustainable growth strategy,” said David Crane, NRG’s CEO. “As the U.S. transitions to a renewables-driven, increasingly distributed, grid resilient energy system, we expect to be a leader both in clean energy and in converting the CO2 emissions of our conventional generation from a liability to a profitable by-product.”

NRG, the second-largest conventional power generation company in the U.S., has achieved significant reductions in CO2 emissions in recent years, but remains a major emitter of CO2. NRG’s sustainability initiatives will have a significant positive impact on the environment. It estimates that these carbon reduction goals will avoid approximately 3 billion tons of CO2 emissions by 2050. This is equivalent to:

To accomplish its objectives, NRG intends to continue its leadership role in the development, ownership and operations of renewable generation, cost-effective carbon capture and sequestration (CCS), energy storage and low carbon distributed energy resources.  New natural gas generation will also play a role in supporting renewable integration while ensuring reliability and fuel resource diversity.  A key principle of its 2030 goals is NRG’s commitment to achieving these reductions while significantly growing the business.

“As the largest competitive generator in the country, we have the responsibility to continue reducing our carbon footprint in the medium and long term through innovation and ingenuity,” said Mauricio Gutierrez, NRG’s COO. “Our portfolio allows us to pursue everything from fuel conversions and carbon capture and sequestration to renewables and distributed technologies. We have already started to demonstrate our lower carbon strategies with our asset revitalization program and with NRG Carbon 360, our carbon capture business that includes our Petra Nova project at W A Parish, southwest of Houston. With the construction of our new headquarters, we will showcase the distributed energy solutions available to businesses committed to sustainability across America.”

Distributed energy resources will play an increasingly important role in NRG’s growth. These include distributed solar, efficient co-generation and electric vehicle networks, along with smart systems to manage them all intelligently and efficiently. Through this ongoing renewal and repowering of its generation fleet, NRG is committed to the continued delivery of reliable, efficient power in an increasingly environmentally sustainable and profitable manner.

NRG’s green, co-gen- and solar-powered headquarters will showcase the ability of businesses to foster sustainability in their facilities, while reducing their dependence on grid power.

Having outgrown its current location, NRG is seizing the opportunity to design, develop and inhabit a new facility that incorporates the cutting-edge resource technologies that characterize the NRG vision. The three-floor, 130,000 square foot headquarters seamlessly integrates a host of renewable energy technologies and efficiency measures, both established and cutting-edge.

The new headquarters sets the bar for clean energy innovation in corporate facility design and reinforces NRG’s commitment to sustainability leadership. The building demonstrates that clean, sustainable design is achievable and sets an example of environmental leadership in corporate America. It was designed in collaboration with Boston Properties, which shares NRG’s goal to bring a new level of integrated sustainability to the suburban built environment and will be solely occupied by NRG pursuant to a 15 year lease.

The location will incorporate, among other technologies:

These features will dramatically reduce electricity, water and fuel use relative to a similar-sized corporate office. The 765 kW solar array is expected to produce some 980 MWh of clean electricity per year, displacing approximately 588 tons of CO2 annually, equivalent to the energy related emissions of 50 houses. In addition to the financial and environmental benefits that come from resource efficiency, these technologies will provide an educational and inspiring workplace for more than 500 employees onsite.

NRG views creating sustainable businesses and a sustainable and renewable energy economy as essential to its collective future. Strong support from New Jersey local and state officials, and particularly the New Jersey Economic Development Authority, reinforced NRG’s decision to stay and grow in New Jersey. NRG employs more than 900 people across the state, and over the last five years has contributed nearly $3 million to more than 75 New Jersey charities.