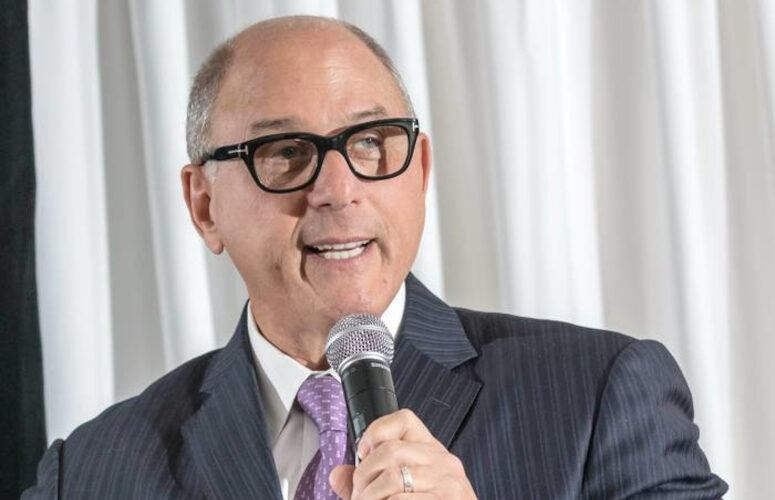 Steve Kalafer, owner of Flemington Car & Truck Company and former trustee of the New Jersey Business & Industry Association (NJBIA), has passed away at the age of 71 after a long battle with cancer.

According to NJBIA President and CEO Michele Siekerka, “Steve was many things to many people across the state and beyond. He embodied the true spirit of entrepreneurship through his many impactful endeavors that boosted New Jersey’s economy, all while dedicating himself to corporate stewardship and philanthropy with incomparable enthusiasm.”

Besides being the owner of numerous dealer brands under the Flemington Car & Truck Country umbrella, Kalafer was also the owner or co-owner of various minor league ball clubs, including the Somerset Patriots, the Bergen Cliffhawks and the Camden Riversharks. Additionally, he was one of the founding directors of the Atlantic League of Professional Baseball.

Kalafer was also a gifted producer of documentary films. Some of his films included: “Sister Rose’s Passion,” “The Soprano State,” “New Jersey’s Culture of Corruption, Part I,” “Barrymore,” and so many more. His films garnered him four Academy Award nominations, numerous Sundance Film Festival and Tribeca Film Festival awards, Best Documentary in the Los Angeles Short Film Festival, and Best Short Documentary at the N.J. Film Fest, among others.

He was inducted into the New Jersey Hall of Fame’s Class of 2019/2020 in the Enterprise category.

Kalafer was also a former member of the New Jersey Motion Picture and Television Commission under the Kean administration, and served as an appointee to Gov. Christine Todd Whitman’s Economic Master Plan Commission. He also served on the Department of Treasury’s transition team under the McGreevey administration.

Additionally, Kalafer was a board member of the New Jersey Manufacturers Insurance Co., co-chair of the Chairman’s Council of the Actors Fund of America, the Joe Torre Safe At Home Foundation, Robert Wood Johnson/Barnabas Health, and Chairman Emeritus of the Somerset Healthcare Foundation.

Among his philanthropic initiatives, Kalafer led fundraising campaigns as a board member and chairman of the Somerset Medical Foundation in support of building the hospital’s emergency department, the Paul R. Nardoni Oncology Pavilion, the Mary and John Obzansky Pavilion for orthopedic patients, the Frimmer Healing Gardens and the Edward and Anita Hogan Neuroscience Pavilion.

He was a true entrepreneur and stalwart of the New Jersey business community, and he delivered his dynamism to NJBIA, where he served as a trustee from 1994 to 2016.

“Steve brought his passion, energy and knowledge as a member of NJBIA’s Board of Trustees for more than two decades and we will remain forever appreciative for his contributions to our association,” Siekerka said. “We extend our heartfelt condolences to Steve’s family at this difficult time and we will always cherish his memory as both a leader and as a friend.”