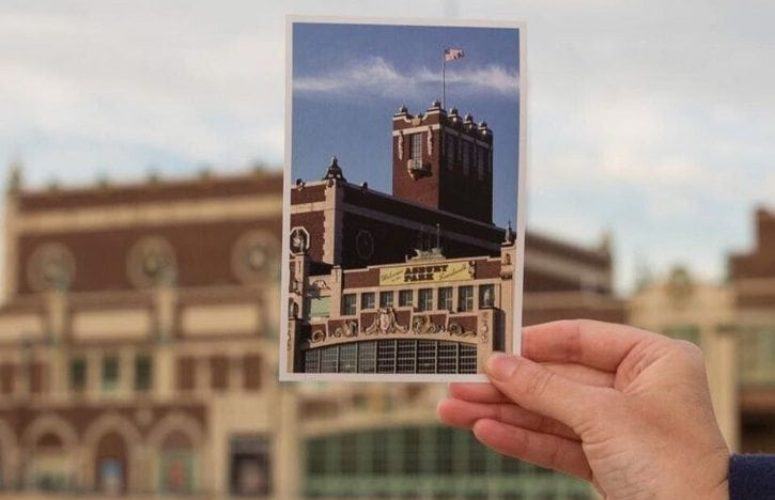 The alliance of NJPAC with Madison Marquette, the company driving the transformative redevelopment of Asbury Park’s Boardwalk, will increase entertainment bookings at Convention Hall (3,600 capacity) and the Paramount Theatre (1,600 seats), both landmarks of the “city by the sea.” The Arts Center also will serve as a consultant for growing the operational capacities of these historic show palaces.

NJPAC President and CEO John Schreiber said the partnership would boost the number of nights that these venues will be active, while broadening the diversity of audiences. NJPAC will also present select entertainment events branded with Asbury Park in Newark.

“Making the arts an integral part of the cultural landscape and neighborhoods of Asbury Park is an opportunity we find irresistible,” Schreiber said. “Finding common ground among the city’s many populations through artistry, and providing captivating experiences for those audiences, is built into NJPAC’s DNA. Our vision with Madison Marquette is to make clear the diverse opportunities for entertainment 12 months a year.”

“Ever since the revitalization led by Madison Marquette, visitors to the Boardwalk area have increased to more than 1.5 million each year,” said David Rodriguez, NJPAC’s Executive Vice President and Executive Producer. “Asbury Park is the birthplace of many rock’n’roll ‘firsts,’ and the Arts Center is proud to help forward that tradition by bringing a wide diversity of top-name artists to its legendary venues and arts-related programs into its schools and community.”

The Boardwalk, where artists such as Bruce Springsteen and Southside Johnny defined the instantly recognizable sound of Asbury Park during the fabled club scene of the 1960s and ‘70s, also is home to the Wonder Bar and the renowned Stone Pony, both Madison Marquette properties. The company’s 1.5-mile beachfront project is lined with a mix of retail and entertainment establishments, and foodies frequently dish about the award-winning bars and restaurants.

“David Rodriguez and I have had a long-standing friendship and we both came to the same conclusion: A partnership between NJPAC and the Asbury Park Boardwalk would make perfect sense,” said George H. Ladyman, Jr., Madison Marquette Project Director/Asbury Park Boardwalk.

“The launch of NJPAC’s bold new programming and branding aligns so well with our guests and community of music, and early-adopters. Madison Marquette is thrilled that NJPAC will begin to bring its outstanding performance, arts education and multi-dimensional programming to the Paramount Theatre and Convention Hall. And we are honored to bring our Asbury Park Boardwalk programming into Newark at NJPAC.”

NJPAC’s Department of Arts Education is considered one of the largest and most comprehensive in the country and its Community Engagement Department has served as a national model for innovative public outreach programs. The arts learning and neighborhood engagement components of the partnership will focus on meaningful connections between Asbury Park residents representing a host of communities, ethnicities and age groups.

The Arts Education Department has previously presented SchoolTime assembly programs in Asbury Park, whose school district is composed of three elementary schools, an intermediate school and a high school. NJPAC Arts Education is in the planning stages with education partners such as Lakehouse Music Academy to deepen the relationship with the Asbury Park School District.

Discussions also are under way with city leaders and residents to introduce NJPAC’s already proven outreach initiatives, including “Books on the Move,” which brings dramatic readings for youngsters to libraries, churches and community centers. Each child receives a copy of the featured book, which is about a famous performer, and participates in a related arts activity. NJPAC Community Engagement is studying transportation options for senior citizens who wish to attend performances in Newark, as well as the feasibility of holding its free “Jazz Jam Sessions,” dance classes, open-mic talent shows, and panel discussions in Asbury Park and vicinity.

Over the past five years, NJPAC has steadily raised its profile throughout the New York metro area by producing shows at the Kings Theatre and Barclays Center, both in Brooklyn; the Prudential Center and Symphony Hall, both in Newark; Nassau Veterans Memorial Coliseum on Long Island, and Radio City Music Hall, among others.

The Arts Center’s first production with Madison Marquette will be an evening with celebrity astrophysicist Neil deGrasse Tyson on Friday, Dec. 15 in Convention Hall; Tyson also headlines at NJPAC in Newark on Wednesday, Dec. 13.

“It’s not our intention to present only single events during the current season,” Rodriguez noted. “We want to help support the city as an entertainment destination for decades to come, not just in terms of programming for its unique venues, but by bringing the arts into the schools and homes of families throughout Central New Jersey.”