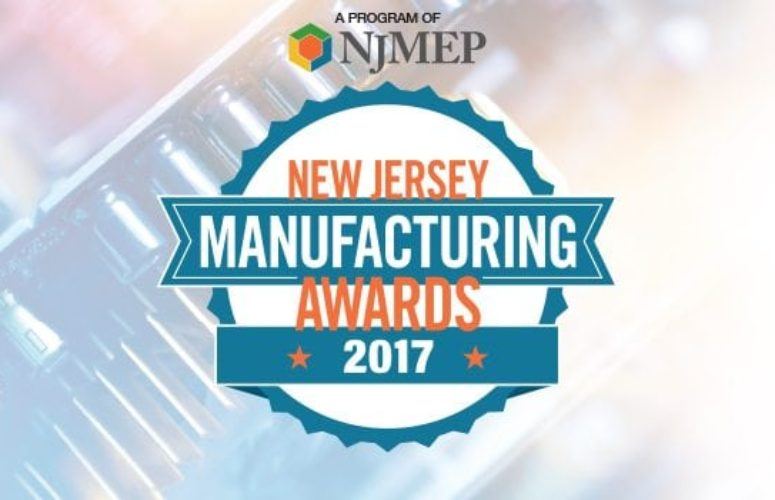 The daylong celebration featured guest speakers who discussed an array of triumphs and challenges for the manufacturing climate in both the state and nation.

Citing collaboration between the manufacturing community and New Jersey legislators to “begin a conversation about the [manufacturing industry],” NJMEP’s CEO John W. Kennedy, PhD, added, “I have been in this industry for more than 30 years … and I have never seen a year quite like this, where the conversation around manufacturing is actually happening, and we are talking about it in a positive way.”

Kennedy then held up a “pocket valve” that he had designed the CAD/CAM for at a manufacturing company he once owned, and he related how – in effect – the prototype included two errors. Kennedy explained, “I went over to one of my senior machinists … and said, ‘Joe: What the hell? What did I do wrong?’  Immediately, he looked at me, and he said, ‘speeds and feeds.’  Anybody who has worked with a machine tool knows what speeds and feeds are.  And [Joe] said, ‘Look, it was too fast here, and it slipped on this, and – over here – there is a nick.’

“And this gentleman, who was a tremendous machinist … in 10 seconds, he politely told me how to fix my errors.”

Illustrating a broader view for the audience, Kennedy added, “That’s a lesson I think we need to understand in New Jersey and in the country; that a piece of paper that says that you graduated from college is a not a career pathway. It is a very wonderful accomplishment, but it is not a career pathway. I certainly believe in college, but I am also very proud that I can run a machine tool, and that I can go to work, and earn a living, and – believe me – it helped buy me my first house, and a lot of other things.”

Kennedy stressed, “It is very important that we stop and change [the collective] attitude, because we are looking at people who are quite accomplished and capable, and we are looking at them almost as second-class citizens, because they didn’t go to college.”

While current discussions are revolving around such topics as artificial intelligence, Kennedy said that people still need to comprehend the “entire process,” from computers down to the aforementioned “speeds and feeds.”

Moments later at the stage, NJBIA’s Vice President Frank Robinson broadly declared, “Right here [in this room], we are witnessing that the state of manufacturing in New Jersey is pretty damn good.  Thank you all for being here, today. On behalf of the New Jersey Business & Industry Association, I want to say that we are very, very proud to partner with NJMEP, again this year, in hosting this event.

United States Congressman Donald Norcross, for his part, told the audience how he now lives in the Victor condominiums in Camden (once owned by recording industry giant RCA Victor Company). While the recording industry may have evolved, Camden is now a location for new corporate residents, including, but not limited to, Holtec International, a cutting-edge company that is involved with commercial nuclear power, and that hires trained workers such as nuclear certified welders.

Next at the event, a panel discussion, moderated by Anthony Russo, president of the Commerce & Industry Association of New Jersey, featured four state lawmakers who are part of the recently formed bipartisan New Jersey Legislative Manufacturing Caucus. With a mission to develop strategies to increase manufacturing jobs and make the state more competitive to expand and locate manufacturing companies in the Garden State, the unified theme of the panel was that manufacturers must make their needs, issues and challenges known to the Caucus so it can develop incentives, revise regulations and be mindful of legislation that negatively impacts the industry.

State Senator Bob Gordon, who chairs the Caucus, told the audience that the proposed bond referendum that would expand the state’s 21-county vocational and technical schools is a critical part of the strategy to enhance manufacturing, as some 15,000 students were turned away from vo-techs last year because the schools did not have room for them.

Underscoring the employment problems that manufacturers face, Gordon also cited a McKinsey report, titled “Reseeding Growth in the Garden State,” that found an existing mismatch of middle skilled workers with the needs of employers as one of the major drags on the state’s future economic growth.

Assemblyman Declan O’Scanlon said there is a renewed understanding of the value of manufacturing in the state, as seen in the proposed bond issue, with a “coming together and open mindedness among Caucus members” to support the industry.

He said efforts to support manufacturing need to start with logical facts. He stressed to manufacturers in the audience that they must be part of the debate. Commenting on a minimum wage increase of $15 an hour, he said, “We need to know what the negative impacts of that will be. Will it mean job losses? Will it mean an increase in automation, etc.?”

Assemblyman Andrew Zwicker said that educational initiatives from K-12 level, to vo-techs, community colleges and four year institutions is “all about growing businesses.” He added that manufacturers should invite legislators to their facilities so the latter can learn about “your issues by touring your site,” rather than just having business owners visit Trenton.

Gordon encapsulated the panel discussion by saying, “We don’t have all of the answers, but we will do a lot of listening. We will listen to your challenges.”

The Legislative Manufacturing Caucus will continue to have panel discussions with manufacturers throughout the state.

Six breakout sessions included topics such as: Disaster Recovery-Business Continuity-Cyber Security: What every company needs to know; Effects of current tax proposals plus bonus topic on new trends in Internet of things manufacturing; Help with recruitment and retention policies for Manufacturing firms; Women in Manufacturing – A Roundtable Discussion regarding Leadership, Developing Your Personal Brand; The Scary Truth About Ghost Assets – How much is your fully depreciated equipment worth?; and Learn how to pass your D.O.L. 401-k Audit with flying colors — and why most companies fail.

Following are the profiles of today’s award winners:

The Raymond Hopp Award for Excellence: Jim Placa of Davion 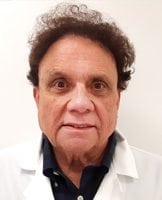 Jim Placa is CEO of Davion Inc., North Brunswick, which he founded in 1987. Davion is one of the largest manufacturers of private-label personal care products in the US and Canada. Its clients are primarily major retail and Consumer Packaged Goods (CPG) companies, including Walmart, CVS, Walgreens and Kroger.

In addition to his devotion to his business and the industry as a member of the NJ Manufacturing Extension Program (NJMEP) Made in NJ Program, the Private Label Manufacturers Association, and the Material Handling Society of New Jersey, Placa is known for his deep, often under-the-radar caring about his employees. He is a strong believer and supporter of continued education. In addition to general employee training programs, through Davion, he has financially supported several employees’ graduate degree studies, particularly in science, chemistry and management.

Innovator of the Year Award: Easterseals 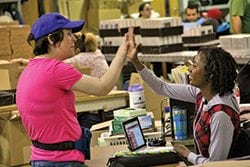 The capabilities of Easterseals NJ Packaging and Fulfillment Services (NJPFS) workers in New Brunswick are vastly different, depending on individual physical and mental disabilities. To ensure every participant enjoys the confidence, passion, commitment and pride in assembling and packaging quality products, NJPFS developed flexible, yet inexpensive, training and production methods that can be used for individuals with different aptitudes, thereby enabling every NJPFS program participant to contribute to the manufacturing process. The processes also can be adapted easily for different operations, based on the type of product on the lines. These innovative procedures enable members of the workforce to perform intricate tasks that require high levels of concentration, enable quick product and line changeovers, and achieve the highest quality and customer satisfaction levels – and, importantly, enhance participants’ lives through the satisfaction gained by a job well done. 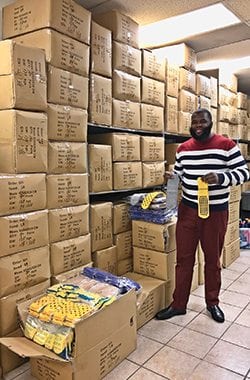 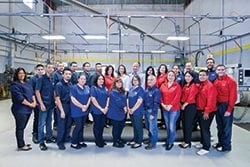 ZaGO began in 1994 as a two-employee business in Newark’s New Jersey Institute of Technology Enterprise Development Center small business incubator. In 2002, it moved to a 100-year-old building in the South Ward, which it completely renovated to meet production and administrative needs. Over the last five years, Zago’s revenues and profits have grown by double digits and its staff to 25.

Since 1989, Demountable Concepts, Inc. (DCI) has been at the vanguard of the transportation manufacturing industry and has become North America’s leading manufacturer of demountable swap-body and glass rack systems and trailers. With DCI’s 2-in-1 platform, companies can use different body styles with the same cab chassis, enabling them to load and deliver at the same time instead of needing two separate trucks. MyGlassTruck.com manufactures aluminum and steel glass carrying racks for vans, pick-ups and larger trucks used by glaziers and marble/granite installers. DCI’s state-of-the-art manufacturing facility in Glassboro covers 50,000 square feet over its 25-acre campus and employs 85 individuals.

As a result of DCI’s innovation and growth, the company needs more space and has submitted a preliminary site plan to develop 16 acres in Glassboro’s Office Park redevelopment zone for an additional 80,000 square feet of manufacturing capacity.

GGB Bearing Technology’s history dates back to a London company founded in 1899 to produce bearings for grease or oil lubricated applications. Today, GGB Bearing is the global leader in high performance bearing solutions, with eight facilities in the US, Germany, France, Brazil, Slovakia and China. The North American operations are located in Thorofare: one produces US industry standard bearings for the automotive, general industrial and aerospace markets; the other produces fiber-reinforced composite US bearings, bushing blocks and high-precision assemblies for the agricultural, construction and marine markets.

In 2016, GGB achieved outstanding results despite a decrease in sales. Through one new management initiative, ROPE (Remove Obstacles and Promote Engagement), teams comprised of representatives from every part of the business collaborate to make decisions and resolve business issues and challenge one another to think differently to improve the business.

Innovation Study Points to Challenge Ahead