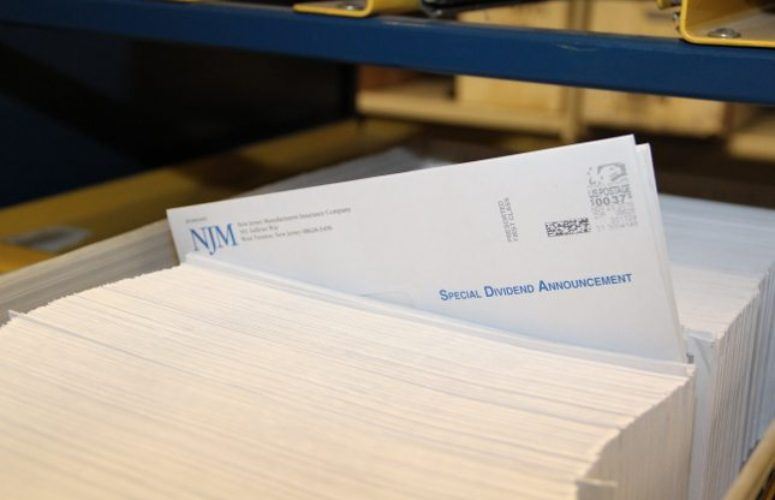 NJM Insurance Company, one of New Jersey’s leading automobile insurers, is sending Special Dividend payments to its approximately 440,000 personal auto policyholders. This marks the 23rd consecutive year the Company is paying Special Dividends. Checks averaging $118 are being mailed to NJM policyholders between mid-November and mid-December.

“We’re once again thrilled to be sending Special Dividend checks to our policyholders, which we’ve now done annually for almost two and a half decades,” said Bernie Flynn, NJM President & CEO.  “As a company whose founding and enduring mission is to serve policyholders, not stockholders, dividends continue to be an important part of the NJM value proposition.”

This year’s Special Dividends equal six percent of premiums paid on policies written in 2015, and are provided in addition to Regular Dividends which are automatically applied as a credit at the time of policy renewal.  Together these dividends enhance the bottom line for NJM customers who, on average, pay 20% less when compared to drivers covered by other New Jersey insurers.

In addition to personal auto insurance, NJM is a leading writer of workers’ compensation, commercial auto, homeowners and umbrella insurance. NJM is based in West Trenton, with branch offices in Parsippany and Hammonton.

No Faith in Bad Faith Bill