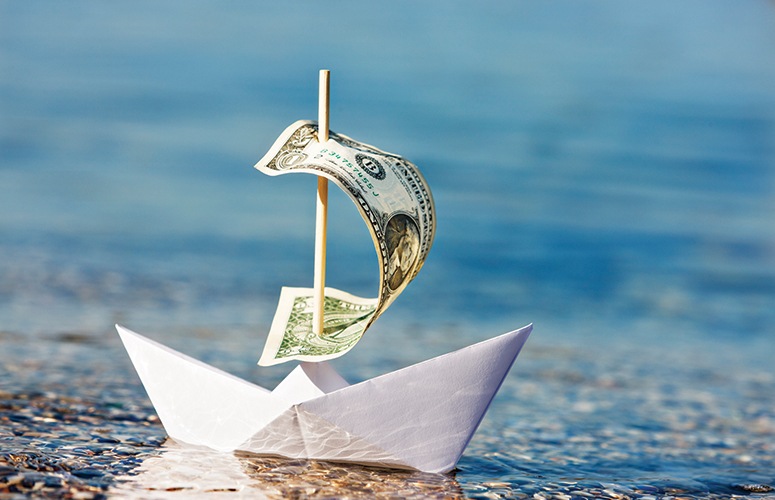 A campus-based health care startup with a device that employs virtual reality gaming to correct a vision dysfunction – technology designed and developed by a professor and a team of students, now alumni, in a biomedical engineering lab at New Jersey Institute of Technology (NJIT) – has received a $500,000 commitment from Foundation Venture Capital Group, LLC, an affiliate of New Jersey Health Foundation (NJHF).

OculoMotor Technologies (OMT), which at an earlier stage in its development received two $50,000 innovation grants from NJHF to advance the device, is the first NJIT-originated company to secure equity capital from the organization’s related venture group.

“It would be easy for me to view NJHF’s investment as the culmination of years of hard work – but, in reality, it’s barely the first step on a long journey. Their investment serves as validation of all that we’ve already done, and enables the amazing opportunity for us to develop our prototype into a fully fledged commercially available product,” said NJIT alumnus John Vito d’Antonio-Bertagnolli ’16, M.S. ’17, one of the developers in Professor Tara Alvarez’s lab who is now OMT’s CEO.

The device is designed to measure and correct an eye motor disorder called convergence insufficiency (CI), in which a person’s eyes fail to coordinate as they turn inward to focus on a near object, such as the page of a book. Because each eye sees the image separately, the person experiences double and blurred vision and has difficulty concentrating.

With CI as a key biomarker for concussion, it is being tested in children’s hospitals across the country. The platform is a computer game played by the eyes, while a hidden camera measures their movements.

“This marks a milestone as our first investment in an NJIT-originated company and we are excited to work closely with the OMT team as they continue to advance their therapeutic product toward commercialization,” said George F. Heinrich, M.D., vice chair and CEO of NJHF.

With their new capital, the team has purchased equipment, secured a space in NJIT VentureLink, formerly called the Enterprise Development Center, and hired a team of top undergraduate computer science students to automate the data processing function “in order to deliver real-time analytics as the patient does therapy,” noted Chang Yaramothu ’13 M.S. ’14 Ph.D. ’17, a developer who is now the chief technology officer. “We are eliminating subjective self-evaluation.”

The team plans to hire consultants to evaluate regulatory pathways that will produce a therapeutic product that has been validated and approved by the Food and Drug Administration, Chang added.

With a recently awarded $225,000 Small Business Innovation Research grant from the National Science Foundation, the team plans to adapt the technology to make it accessible to patients virtually anywhere and at any time. “We would like patients to be able to receive their therapy on any VR game,” noted Alvarez, the company’s chief scientific officer.

The project began taking shape several years ago when Alvarez, a professor of biomedical engineering, secured funds from the National Science Foundation to build a custom-engineered instrument that measures visual disparity – the ability to see images from the two eyes as single – and accommodation – the ability to see images clearly. Using an adapted haploscope, a multipart instrument that uses mirrors to send each of the eyes an image separately to see how well they converge to see a single image, she was able to precisely measure the speed and accuracy of eye movements.

“The eye-tracking device we had was the size of a dorm room, but we needed it to fit in a hand,” d’Antonio-Bertagnolli recounted, noting that it was too large, immobile and monotonous to replicate at home. “We estimated it would cost $10,000 to shrink it. We decided to do it ourselves, aiming to spend less than $500.” He and Alvarez then recruited a team of engineers, game designers, artists and clinicians to create the VR-based therapy platform.

“We needed to boost motivation by making the therapy fun,” said Alvarez, who initially chose the Oculus Rift, a virtual reality headset she learned about from students, as an ideal technology.

Convergence insufficiency has a clinical population that includes between 4% and 17% of the general population, as well as over 35% of the stroke population and 50% of the brain injury population with post-concussion syndrome (PCS), the group notes, citing several government-supervised clinical trials. The number of patients diagnosed with PCS has doubled from 2010 to 2015. In particular, for the specific age group of 10 to 19 years, the diagnosis of PCS has increased 71% over the last five years, according to Blue Cross Blue Shield studies, mostly caused by sports injuries.

The company licenses one patent and two provisional patent applications from NJIT, all of which were developed by its founding members.

A Great Day for NJIT: University Cuts the Ribbon on State-of-the-Art Wellness and Events Center