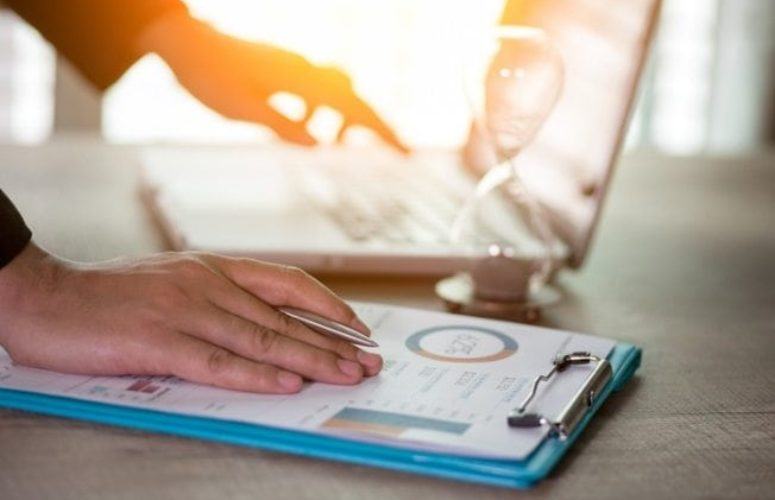 The NJCU New Jersey 50 Index released its first quarterly report, an economic report card which tracks the Garden State’s top 50 companies and provides those in the financial world, researchers, journalists, and students with a barometer of the New Jersey economy. The quarterly report shows several bright spots as the year begins.

Developed in December 2017 by the NJCU School of Business in partnership with Standard & Poor’s, the NJCU New Jersey 50 Index is available under the ticker NJCU50PR. The index is a reference and perspective point as it focuses on New Jersey vs. the Dow Jones Industrial Average (30 diverse stocks) and the S&P 500. It lists the top 50 companies that are headquartered in New Jersey and listed on the New York Stock Exchange or NASDAQ.

The NJCU New Jersey 50 Index will be rebalanced on a quarterly basis, and the University will note any additions or deletions from organizations comprising the Index.

The investment community has closed its books on the month of February, and it was a turbulent one for the U.S. equities.

Amid the return of several hundred point swings intra-day, the Dow Jones Industrial Average and the S&P 500 fell between 3.9%-4.3% for the month, erasing gains they had rung up in January. By comparison, the NJCU New Jersey 50 Index, a barometer of the New Jersey economy, fell 4.6% during the month of February, which brought its year-to-date return to -2.6%.

While the index is designed to reflect the New Jersey economy, the rise in the 10-year Treasury yield that has in part fueled the return of volatility in the domestic stock market has plagued utility, financial services and real estate investment trust (REITs) companies. This has weighed upon the NJCU New Jersey 50 Index, which account for roughly 12% of the Index’s constituents. Also weighing on the Index’s return is the sharp reversal in Trenton-based Universal Display, a company in the emerging organic light emitting diode display industry, as its shares have fallen 25% in 2018 vs. rising more than 200% in 2017.

Despite its overall dip thus far in 2018, at the end of February, the NJCU New Jersey 50 Index held 15 constituents in the information technology, drug manufacturing, medical instruments, banking, diagnostics and research, and software industries that outperformed the major stock market indices. While surveys have ranked the New Jersey economy as one of the worst in the nation, the NJCU New Jersey 50 Index reveals there are several bright spots to be had.

When examining the Index, it would be wise to ponder the sage words of Warren Buffett in his recently released 2017 letter to Berkshire Hathaway shareholders in which he wrote, “…I view the marketable securities that Berkshire owns as interests in businesses, not as ticker symbols…” That sums up the perspective of the NJCU New Jersey 50 Index, and if the businesses in the Index that reflect the broad-based New Jersey economy are successful that will be reflected in the Index’s performance. This makes the Index an economic report card of sorts for Governor Phil Murphy and his 12-member council as they look to revitalize New Jersey.