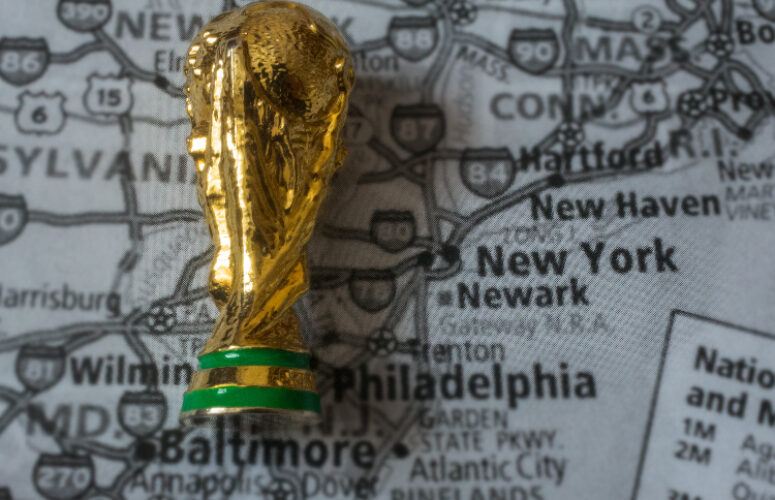 Last night, FIFA officially announced that MetLife Stadium in East Rutherford will host matches at the 2026 FIFA World Cup, which will take place in the US, Mexico and Canada four years from now. A total of 16 cities, 11 in the US, three in Mexico and two in Canada, will hold matches in what will be the first World Cup hosted by three countries. The 2026 competition will also be the first to feature an expanded field of 48 teams compared to the traditional 32.

Sixty games are set to be played in the US, while Mexico and Canada will each get 10 matches. Once the tournament reaches the quarterfinal stage, all remaining knockout round games will be held in the US, including the final. The specific games that each city will host will be determined at a later date.

The process to select venues began in 2017 with 44 cities and 49 stadiums across North America. Potential applicants were asked to provide information about each city’s transportation infrastructure, past experience hosting major sporting and cultural events, available accommodations, environmental protection initiatives, potential venues and more.

With New Jersey and New York City having submitted a joint bid to host matches at MetLife Stadium, Gov. Phil Murphy and New York City Mayor Eric Adams celebrated the announcement last night at a watch party at Liberty State Park joined by soccer fans, players and supporters at all levels of the game to celebrate the occasion.

“We are honored to host the 2026 FIFA World Cup with our neighbors across the Hudson, and we are fully prepared to deliver the world-class experience that the beautiful game deserves,” Murphy said. “Future generations of New Jerseyans will remember fondly that, on the heels of a global pandemic, the biggest sporting event in the world was hosted by the greatest region in the world. In addition to building upon our lasting global legacy, as a host region we will also benefit from significant economic activity and impact, as well as opportunities to showcase the rich cultural diversity of our state. As we welcome the world today and every day, we are reminded that the values of inclusion and unity are not only foundational to the World Cup, but to who we are as New Jerseyans.”

MetLife Stadium hosts 2 million guests annually, and the New York/New Jersey region is home to five airports servicing 181 countries. Additionally, more hotels are currently being built in the region than exist overall in the other candidate cities. As an entertainment, tourism, culinary and media capital of the world, New York/New Jersey has ample options for hosting and staging impressive corresponding events during the World Cup in addition to standing out as a host city for matches.

“The FIFA World Cup will shine a bright spotlight on the Meadowlands Region for an international audience. We look forward to offering superb experiences to fans from around the globe, including dynamic downtowns, plentiful shopping and dining hotspots,” said Vincent Prieto, president and CEO of the New Jersey Sports & Exposition Authority.

In addition to matches played at MetLife Stadium, New York and New Jersey will host FIFA Fan Fest sites around the region. Additionally, there are a number of proposed training facilities for players in the region including at Rutgers University, The Pingry School, Kean University, Red Bull Football Club Training Facility, and the New York City Football Club Training Facility.

The cities officially selected for the 2026 FIFA World Cup include: