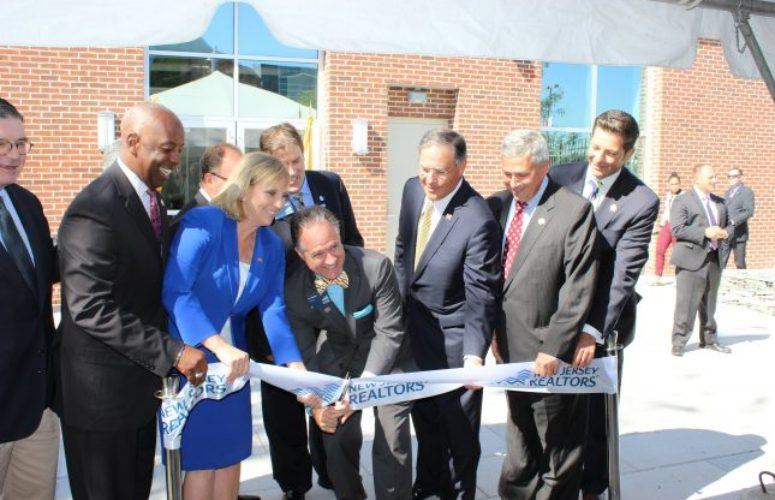 “Realtors are at the heart of communities around New Jersey, helping people achieve their dream of homeownership and strengthen neighborhoods,” said Jarrod C. Grasso, chief executive officer of New Jersey Realtors. “Today’s ribbon cutting at our new Trenton headquarters is emblematic of what our members do every single day. We’re proud that we’ve built in Trenton and look forward to watching the North Ward thrive.”

The 20,000 square foot, three-story building took approximately one year from breaking ground to completion and lies in a redevelopment zone near the Mercer County Improvement Authority, the Sun National Bank Center, and the Roebling Center, which is currently under construction.  The new headquarters features approximately 6,000 square feet of ground-floor leasable space, with the second and third floors occupied by NJ Realtors. It includes state-of-the-art technology, multiple meeting spaces, a third-floor observation deck, and a ground-level patio.

The building was designed by Trenton-based Clarke Caton Hintz and construction management was handled by Barr & Barr. Maser Consulting and the law firm of Greenbaum, Rowe, Smith and Davis have been involved with the project since its inception.