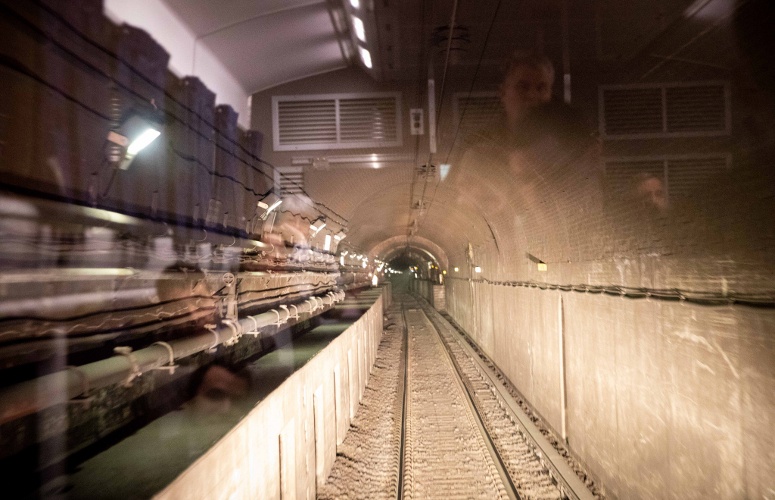 “The Gateway Program isn’t just about New York and New Jersey – it’s about the entire national economy with 20 percent of the country’s GDP reliant on the region served by the Northeast Corridor. In the absence of leadership in Washington, we remain committed to moving ahead with this profoundly urgent infrastructure project.” According to both governors, “The legislation makes the Commission eligible to receive federal grants and identifies the funding agreement between the states as a 50-50 split of the local share for phase one of the program. The bill also expands the board, creates additional transparency and oversight provisions, and identifies the appointment procedures for commissioners.

“The current Hudson River train tunnels are in dire condition, and it’s only a matter of time before one or both tubes fail. Building the new Hudson Tunnel Project is the single most important infrastructure project in our nation, but the Trump administration has abdicated its responsibility by failing to pay their fair share to replace this federally-owned asset,” the governors said.

“This was a coordinated effort between our states’ legislative and executive branches and I want to give particular credit to my partner, New York Assembly Authorities Committee Chair Amy Paulin, for her leadership throughout this process,” said Senate Majority Leader Loretta Weinberg. “The Gateway Program will be the largest infrastructure project in our nation’s history. Our legislation requires New York and New Jersey to share equally in the local share of the cost of building the new tunnels and the Portal Bridge, expands the Gateway board, and establishes strict standards of transparency and accountability.”

“This sets the framework for what is one of the most important infrastructure projects of our time and will guarantee accountability, transparency and critical labor protections throughout its construction,” said Senator Patrick Diegnan. “The new Gateway tunnel is vital to spurring the economy, boosting home values and improving the quality of life of hundreds of thousands of commuters. I am grateful to see this critical legislation signed into law.”

“Constructing the Gateway Tunnel is critical to serving the growing number of New Jersey commuters, as well as creating jobs and securing long-term economic growth,” said Senate Minority Leader Tom Kean. “The Gateway Program will increase NJ Transit rail capacity to and from New York Penn Station by 70,000 riders a day and enable NJ Transit to provide direct one-seat rides to Manhattan, including on the Raritan Valley Line. I will continue to be a vocal advocate to ensure New Jerseyans have a dependable, affordable, and safe mass-transit service.”

“While the federal government continues to stall funding for the Gateway Program, New Jersey is taking action to invest in infrastructure, keep commuters safe and build our national economy,” said Assembly Speaker Craig Coughlin. “We will no longer sit idly by waiting for the Trump administration to support a project that affects the lives of thousands of residents along the East coast. This commission will help to jumpstart the process of bringing our infrastructure into the 21st century, the creation of jobs and supports the residents of our community. Commuters and residents from both states deserve to see improvements in the rail line, which are long overdue.”

The Gateway Program, which includes replacement of the century-old Portal Bridge and the construction of a new tunnel under the Hudson River, is the most urgently needed infrastructure project in the nation. The project, which has bipartisan support in Congress and from the New Jersey delegation along with New York State leaders, has been delayed in the financial and environmental review process with the U.S. Department of Transportation and the Federal Transit Administration.

NJ Sports Betting Slows in June, but Revenue Booms, According to PlayNJ