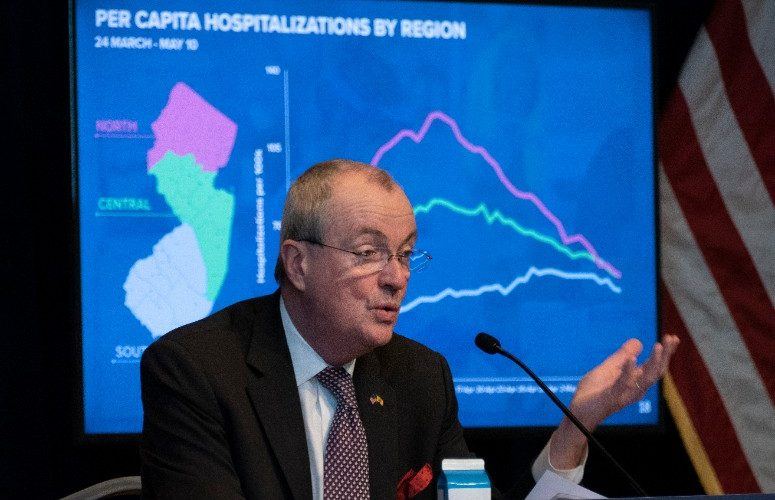 NJ is Most Impacted State Per 100K Residents, Despite Decline in COVID-19 Numbers

More good news included the number of new hospitalizations, which have decreased by 44% since April 27, and by 71% since the figure’s peak on April 10.

The state’s total number of cases now stands at 140,743, with 898 new confirmed cases in the past 24 hours. Additionally, there have been 9,508 total fatalities from the virus after 198 new deaths were confirmed overnight.

“We must remember we are not out of the woods yet,” the governor said. “We will take steps. We will take them responsibly. But those numbers don’t lie. We are still the most impacted state in America.”

There are now 135 testing sites across the state, both public and privately operated. This includes retail locations such as Rite Aid, and Murphy added that by the end of the month, 50 CVS stores across New Jersey will have swab and send testing capabilities, for example.

“We know that even this jump in testing is not enough. We need an even more robust testing program ingrained in our communities. First, we need a program that ensures that members of our most vulnerable populations have access,” Murphy said.

To this vein, the Department of Health (DOH) also announced that it is requiring all long-term care residents and staff to be tested for COVID-19 no later than May 26, with follow up testing a week later. All facilities must confirm to the department that they have updated their outbreak prevention plans to meet this directive by no later than May 19.

The DOH is also issuing a standing order to expand access to testing without a prescription, for residents with possible exposure who fall in priority categories and lack access to a primary care practitioner.

“However, testing on its own is not enough,” Murphy said, citing the importance of contact tracing.

Contact tracing is the process of identification of persons who may have come into contact with an infected person, and the subsequent collection of information about these “contacts.”

Murphy said he is signing an executive order in which New Jersey will be contracting with technology company Dimagi for its CommCare platform, which will ensure that all data related to contact tracing is centralized and uniformly reported.

“We will need to hire at least 1,000 dedicated contact tracers to augment the roughly 800-900 paid and volunteer contact tracers currently on the ground statewide,” Murphy said, adding that all told, a robust contact tracing and testing system would cost, “hundreds of millions of dollars.”

He said that the state’s universities will play a key role on the contact tracing front, and announced that DOH will be signing a memorandum of understanding with Rutgers School of Public Health to build a new contact tracing workforce.

“Without testing and contact tracing together, we can not get on the road back,” Murphy said.