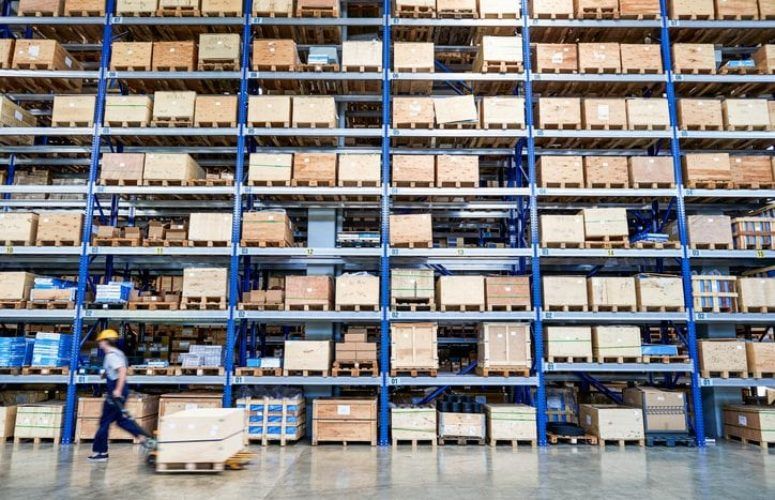 The appetite for modern warehouse space in Northern and Central New Jersey remains strong as the industrial market continues to reach historic levels, according to Cushman & Wakefield. At the end of the third quarter asking rents and developments were at century highs while vacancy continued to tick lower despite some speculative construction deliveries. The desire by e-commerce and logistics companies to reside along the New Jersey Turnpike Corridor continued to fuel demand despite limited built options. Pre-leasing activity remained robust during the quarter, accounting for 37 percent of the total square footage leased.

“Barring any major geopolitical disruptions or events, this current robust expansion cycle in the New Jersey industrial market is anticipated to continue into the near future as the national economy remains healthy,” said Andrew Judd, Cushman & Wakefield’s New Jersey Market Leader. “As online sales steadily grow, the need for both e-commerce and logistics companies to locate near mass populous regions remains important. As a result, New Jersey is poised for further growth, due in part to its ideal location near New York City and Philadelphia, and as a key port of entry for imports. Asking rents should continue to rise, even as Class A space leases up, while developers will continue to build in the core submarkets as demand persists and vacancy remains at or near historical levels.”

Some 9.2 msf of net absorption has been recorded through the first nine months of the year, putting the New Jersey industrial market well on pace to finish with more than 10 msf of absorption for the fourth straight year. Year-to-date, every major submarket along the NJ Turnpike has posted positive net absorption. However, Exit 8A remains the top performer in that regards with 3.9 msf, accounting for 47 percent of total New Jersey warehouse absorption this year.

The Turnpike Corridor submarkets continued to drive vacancy declines as Exit 8A and the Upper 287 Corridor experienced sharp improvements (-180 bps and -100 bps respectively) since the second quarter. Exit 8A vacancy for W/D product now stands at 1.8 percent, a recent historic low, while at 2.6 percent, the Upper 287 Corridor’s rate reached a cyclical low. Even some tertiary submarkets are experiencing positive fundamentals in recent quarters as there has been occupancy gains over the last year in both Morris and Passaic counties. The Lower 287 submarket (Exits 10 to 12), however, saw warehouse vacancy tick higher this quarter (+150 bps, to 5.0 percent) as new leasing slowed and two large blocks of space were returned to the marketplace in the area.

Overall development has been significant. “The robust demand and tightening of modern warehouse space has spurred developers to respond at levels not seen this century,” Price explained, noting that as of the third quarter, 9.6 msf of industrial product is under construction, marking a recent historical high. Of that total, 53.7 percent has already been leased. The Port Region, Exit 8A, Exit 7A/8 and the Upper 287 Corridor all currently exceed 1.0 msf of construction underway. Many of the new developments are considered big-box (greater than 250,000 sf) with one project underway greater than 1.0 msf (Clarion’s 1.3 msf in Cranbury, recently leased to Wayfair). The third quarter alone saw almost 3.9 msf of construction starts, predominantly concentrated in Exit 8A and the Lower 287 Corridor.

In fact, the market is on pace to finish 2017 with more than 10.0 msf of new developments, the largest single-year total since the 1990s. Almost 7.0 msf of construction has delivered through the first nine months of 2017, well exceeding 2016’s full-year total by 66 percent. Despite the large amount of new inventory, much of the space delivered this year has already been leased, boasting an 84 percent occupancy rate as of the end of the third quarter.

As market fundamentals strengthened during this cycle, asking rents in some key submarkets have reached historic levels. The overall industrial direct rental rate for Northern and Central New Jersey ticked higher to $7.66 psf, remaining close to last year’s historic high ($7.75 psf). Within W/D space, the average direct rate ($7.24 psf) is up 9.4 percent year-over-year, hitting a century-high mark. The Meadowlands’ rate continued to surge, increasing another 5.3 percent during the quarter to $8.69 psf (an all-time high). Meanwhile, both the Lower 287 Corridor and Exit 8A experienced further rises in asking rents, also reaching historical levels, at $7.06 psf and $6.50 psf, respectively.

Judd explained that e-commerce has been driving the market, with leasing in core markets both by the e–commerce companies themselves and those that support e-commerce. Another 6.0 msf of new transactions were completed during the third quarter, more than one third in to-be-built projects. Furthermore, 14 leases greater than 100,000 sf were transacted in the quarter, accounting for 66.5 percent of the total square footage leased. The most notable lease was by Wayfair at Brick Yard Road in Cranbury. The e-commerce company, which specializes in furniture and home décor, committed to a 1.3 msf, under-construction facility in Exit 8A.

Logistics companies remained active in the quarter. Five deals exceeding 100,000 sf were inked by such firms, all of which were along the Turnpike Corridor. While leasing activity is down compared to last year’s record high, areas like Exit 8A and Lower 287 remain extremely strong in terms of demand. The Upper 287 Corridor has seen demand rise significantly compared to last year, and with 1.3 msf leased year-to-date, could exceed its previous record of 1.6 msf in 2015.

Year-to-date, 19.0 msf of industrial product has been leased, 20 percent behind last year’s record pace at this time. Price added, however, that 2017 has remained above average in terms of square footage leased as demand is on pace to finish the year as one of the highest totals in the last ten years.