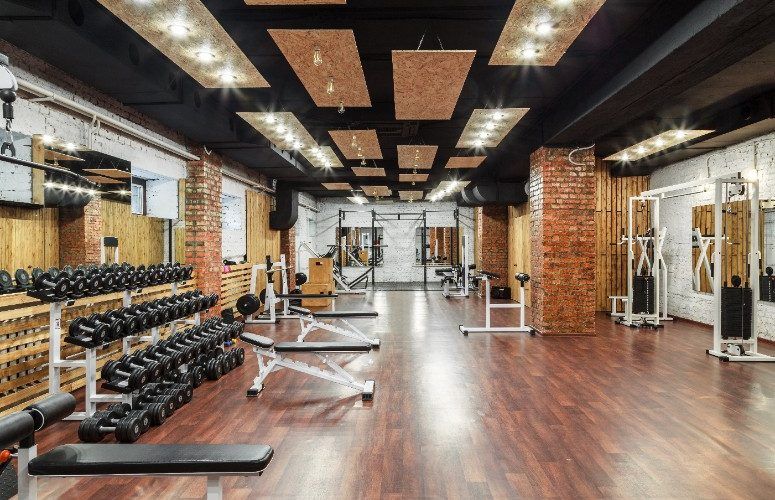 NJ Gyms Can Reopen on Sept. 1

Gov. Phil Murphy today signed an executive order allowing the states gyms, health clubs and indoor amusement facilities to reopen on Sept. 1. Gym capacity will be limited to 25% at all times, and all members and staff must wear masks.

“Gyms are among the most challenging of indoor environments as noted by multiple epidemiologists and experts,” Murphy said. “But given where we are in this fight we believe we are ready to take this step forward. I know this has been a long time coming and I thank the many responsible gym owners who have done the right things.”

Additional requirements for gyms include group fitness classes being limited to 1 person per 200 square feet, logs for all members and staff, and sanitization as well as six feet of distance between all equipment. Murphy said that further health and safety guidelines will be made available from the Department of Health, which addresses air conditioning and ventilation requirements, for example.

He added that guidance for indoor amusements, such as, for example, American Dream, will be revealed in the coming days, but said that the requirements will be “very similar to what currently exists for other indoor recreational businesses and outdoor amusements.”

While the executive order finally brings some good news to gym and other indoor business owners across the state, it still leaves restaurants without a timetable on when they may be able to reopen their indoor dining rooms.

“The New Jersey Business & Industry Association (NJBIA) supports today’s decision by Governor Murphy to reopen health and fitness centers because owners of these businesses are able, willing and eager to reopen their doors in a safe and responsible manner that puts the health, safety and welfare of their workforce and patrons first,” NJBIA President and CEO Michele Siekerka said in a statement. “However, we are disappointed that the governor’s current prohibition on indoor dining remains unchanged, even as neighboring states have already moved forward to lift restrictions.” You can read Siekerka’s full statement here.

Murphy said today that he hopes that an announcement on indoor dining will be made before Sept. 14.

”I hope that we have some indoor dining before then,” he said.

After announcing the executive order, Murphy thanked gym owners for their patience. However in what appeared to be a shot at Atilis Gym in Bellmawr, which famously defied the governor’s orders for gyms to remain shut down, Murphy said, “I know there have been a few knuckleheads who have been more interested in their own celebrity than in working with us to defeat the virus, but they are thankfully overwhelmingly outnumbered.”

Atilis Gym owners Ian Smith and Frank Trumbetti were arrested in July and charged with fourth-degree contempt, obstruction and violation of a disaster-control act, after they refused to leave their gym while police attempted to close it down.

Once approved, a process that should only take a few days, New Jerseyans who filed for unemployment in the first three weeks of August should get extra pay for those weeks. Recipients will receive $300 a week which comes from the FEMA Disaster Relief Fund.

“Our state can’t afford the $1.7 billion it might cost to support the $400 level through December, but we will do everything we can,” said Department of Labor & Workforce Development Commissioner Robert Asaro-Angelo.

“As we already are in week five of this program, eligible New Jersey recipients will likely receive it as a one-time retroactive lump sum payment,” he said. “Because this is an entirely new program, funded by the federal disaster relief agency, for which we cannot use any of our current unemployment trust money, accounts, staff or infrastructure, it will not be easy or quick to get this additional money into the pockets of those who need it most,” the commissioner said.

“Even as we do this, what our workers and families need is for the President and Senate Republican Leader to reauthorize the $600 federal weekly unemployment benefit they allowed to expire at the end of July,” Murphy said.

“While we will investigate every possible penny that we can get into the pockets of hundreds of thousands of New Jersey families, only reauthorizing the $600 weekly federal unemployment would provide the security that so many of our residents and fellow Americans need,” he added.

Murphy also announced today that the Federal Transit Administration has allocated $248 million to the Portal North Bridge project, something the governor called a critical step in a critical infrastructure project. “We are pleased that the project continues to move ahead,” Murphy said.

Earlier today, Murphy visited Somerville High School to highlight state education funding in his revised Fiscal Year 2021 state budget proposal revealed yesterday, which will remain steady from FY2020 despite the challenges the state is facing due to the pandemic.

“Considering the fiscal devastation that the pandemic has wrought, it is a remarkable achievement that we are proposing a budget that stabilizes school aid and allows for growth in programs to benefit our youngest learners,” said Kevin Dehmer, Interim Commissioner of Education.