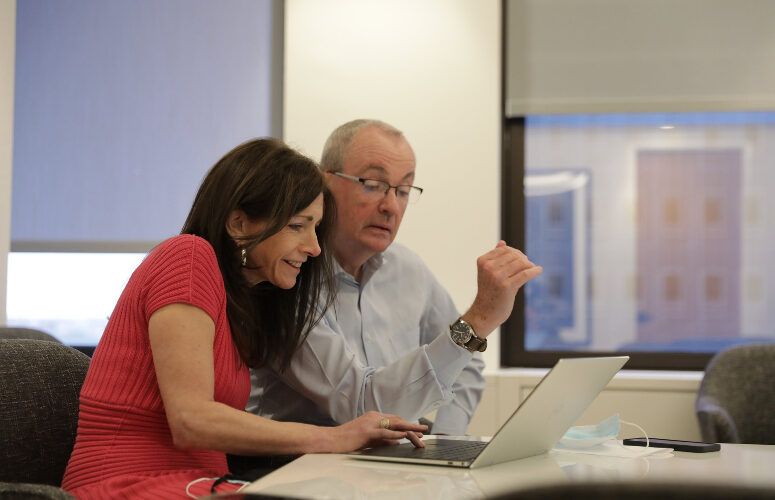 In addition to unveiling updated DOH case models, Gov. Phil Murphy today announced that he and his wife are scheduled to be vaccinated at the state’s Atlantic City mega-site this Friday, April 9.
Coronavirus

Gov. Phil Murphy today appeared cautiously optimistic that the state is on the right track when it comes to the spread of COVID-19 throughout the spring and into the summer months.

“Right now, it would be relatively safe to say that we are looking at a reality somewhere between best and moderate,” Murphy said, referencing the New Jersey Department of Health’s predictive COVID-19 case models.

The department’s best-case scenario model has the number of daily cases peaking on April 18 at 4,334. Peak hospitalizations under this model are projected at 2,129 – also on April 18.

In the moderate model, the peak number of daily cases is projected at 5,445 on April 18, whereas the hospitalizations in this scenario would peak at 2,669 on the same date.

On the flip side, a high case scenario also looms, with projections of daily peak numbers hitting 8,162 cases and 3,644 hospitalizations on May 18.

“While the high points are reached in mid-May, there is a second uptick in Mid-June with a much slower decline throughout the summer,” Murphy said of the high case scenario. “This is not only high numbers, but it is also a longer duration event.”

Murphy expressed concerns not only about the high peak numbers of this particular scenario, but also the longer duration, stating that he worries about “our ability as a society to stay the course throughout that longer period.”

He added that the decision to move up the vaccine eligibility date for all individuals over the age of 16 to April 19 was made in part due to an aggressive effort to avoid the high case scenario case model.

Murphy also announced that he and his wife are scheduled to be vaccinated at the state’s Atlantic City mega-site this Friday.