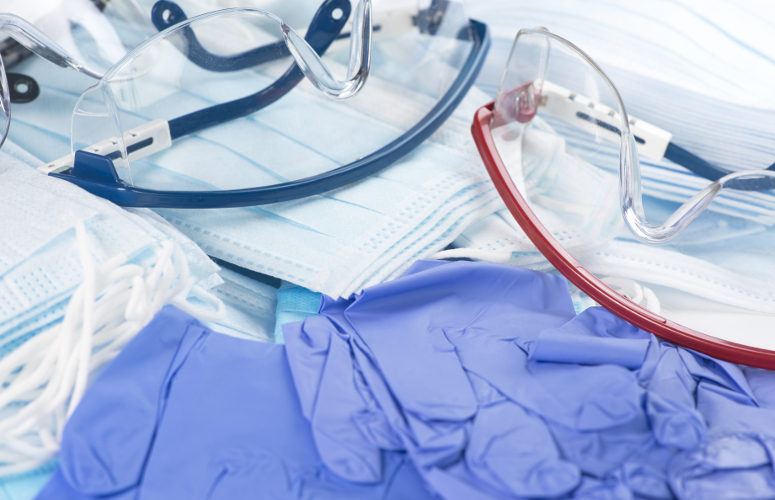 New Jersey is in the process of building a three-month supply of Personal Protective Equipment (PPE) ranging from N95 masks and surgical masks, to medical gloves and surgical gowns, Gov. Phil Murphy said at today’s state press conference, as he offered specific details.

“As I have noted before, we cannot again find ourselves in the situation we were all in a few months ago [during the pandemic], relying only on the federal government or on corporate and philanthropic partners [for PPE],” Murphy said, as he simultaneously thanked those suppliers.

He also reminded the audience that New Jersey had been sourcing PPE from around the world, and that “we need to have PPE at the ready and capable of being deployed at a moment’s notice.”

The state already has a stockpile of 1,447 ventilators, Murphy said today, with another 500 now on order, in addition to some 600 ventilators now in hospitals throughout New Jersey.

New Jersey is meanwhile donating 6,000 doses of the anti-viral drug Remdesivir to 10 states plus the Virgin Islands, while retaining about 45,200 doses for the state’s own stockpile, Murphy said.

New Jersey’s statewide rate of transmission stands at 1.04 today, and its spot positivity at 1.42%, with 414 patients in hospitals. Thirteen (13) new COVID-19 fatalities were announced today, for a cumulative confirmed death toll of 14,112 and 1,829 “probable deaths.”

“As it turns out, $2.3 million is the amount that IKEA’s New Jersey workers received in unemployment benefits and other support during the month in which they were furloughed this spring,” Murphy added. “We are grateful to IKEA for its pay-it-forward thinking, and the EDA is proud to accept this donation so they can help more small businesses across the state weather this storm.”