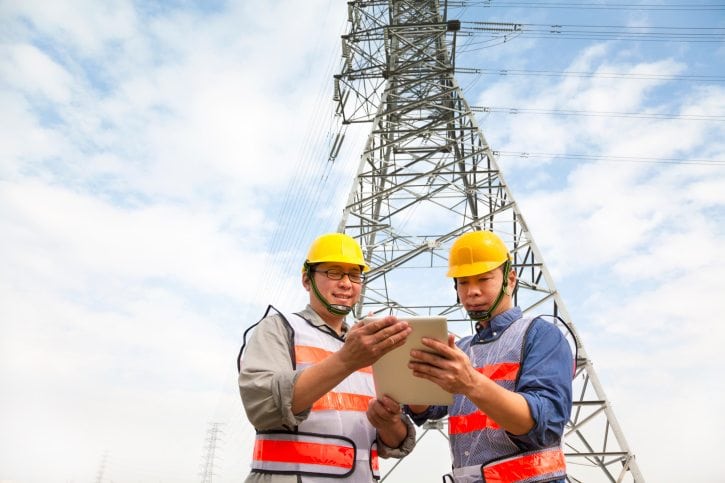 “I look forward to seeing the results of the Highland Park microgrid feasibility study as it provides a unique opportunity to evaluate a proposal in which the critical facilities to be included in the town center microgrid are in very close proximity, which would create a hub of emergency services during a major outage,” said President Mroz. “The feasibility study application for the development of a microgrid was very well-conceived and if implemented will give the residents of this community the security they need in the event of a future crisis.”

The Highland Park TC DER Feasibility Study will examine the potential of connecting the borough hall, police and fire stations, two senior centers, the Housing Authority, the Bartle School, and Board of Education Offices. The preliminary estimate of energy production represents approximately 1,349 MWh and 52,248 therms. Additional local sites may be evaluated for potential inclusion in the microgrid. Highland Park will also evaluate most commercially-viable technologies, including, but not limited to, fuel cells, energy storage systems, solar, and combined heat and power (“CHP”).

“We are thrilled to participate with the BPU on this very important program, not only for Highland Park, but for the State of New Jersey,” said Highland Park Mayor Gayle Brill Mittler. “With this new microgrid program from the BPU, New Jersey is taking a critical, proactive approach, for better preparedness against the continued onslaught of severe weather events, and also for addressing infrastructure issues that have continued to impact the municipality. In Highland Park alone, 2012 brought weeks of power outages in portions of our municipality resulting from Hurricane Sandy, shortly followed by another week or more of no electrical power after a fire at the Edison PSEG substation. Through our B.R.I.T.E. microgrid program, we will ensure that these vital facilities maintain power in an emergency.”

In the aftermath of Superstorm Sandy, the Christie Administration made it a priority to improve energy resiliency and the emergency preparedness and response of the utility companies. The 2015 Energy Master Plan Update (EMP) contained a new section on hardening and improving utility infrastructure resiliency, which supports the establishment of Distributed Energy Resources (DER) such as microgrids to improve the grid’s resiliency and reliability in the event of a major emergency. The EMP Update also directed the Board to continue its work with the utility companies, local, state and federal governments, and other strategic partners to identify, design, and implement Town Center microgrids to power critical facilities and services across the state. Microgrids are mini grids powered by onsite distributed generation that provide electric, heat and cooling to critical facilities such as a hospital, public safety headquarters, town halls, schools, and other buildings that can serve as emergency shelters during a crisis which are located in a small geographic area. These smaller grids, operating on their own, “islanded” from the main power grid, can separate and protect themselves from any problems with the main grid and keep vital services in place.

The proposed Highland Park project is one of 13 proposed TC DER microgrids approved by the Board for feasibility study funding. The Borough estimates that the study will be completed in 12 months at a cost of $175,000.

The Board established a Town Center Distributed Energy Resource Microgrid Feasibility Study program to fund all 13 applications at a total cost of $2,052,480. The program was developed to provide incentives for local and state government agencies to study the feasibility of Town Center DER microgrids.