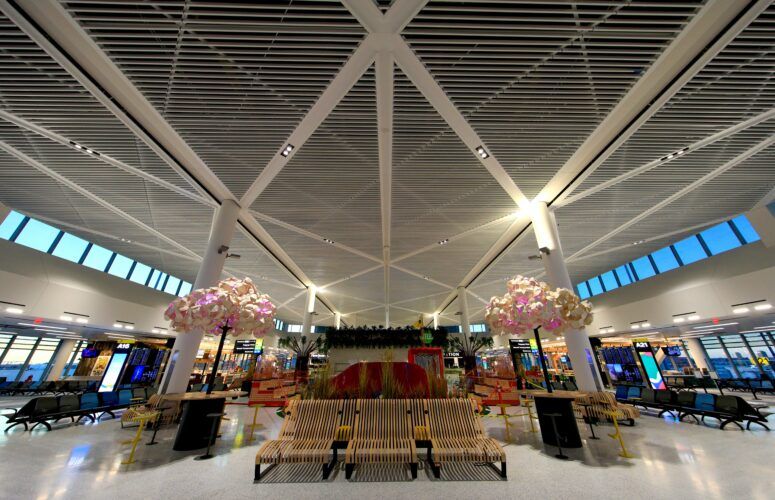 Today marked the opening of Newark Liberty International Airport’s new Terminal A, a $2.7 billion project that has been in the works for more than four years.

Housing 33 gates and 20% larger than the previous terminal which originally opened in 1973, it is the largest design-build project in New Jersey history.

At a ribbon-cutting ceremony this morning, words such as: new, modern, bright, comfortable, expressive and extraordinary were used to describe the new terminal – expository language that frequent flyers likely haven’t used in some time – if ever – to describe the state’s largest airport and one of the most heavily trafficked in the US.

The airlines that will have gates at the new Terminal A include: United Airlines, Air Canada, American Airlines, Delta, and JetBlue Airways.

“In every corner, Terminal A honors our history, and it looks to our future,” Gov. Phil Murphy said at the ribbon-cutting.