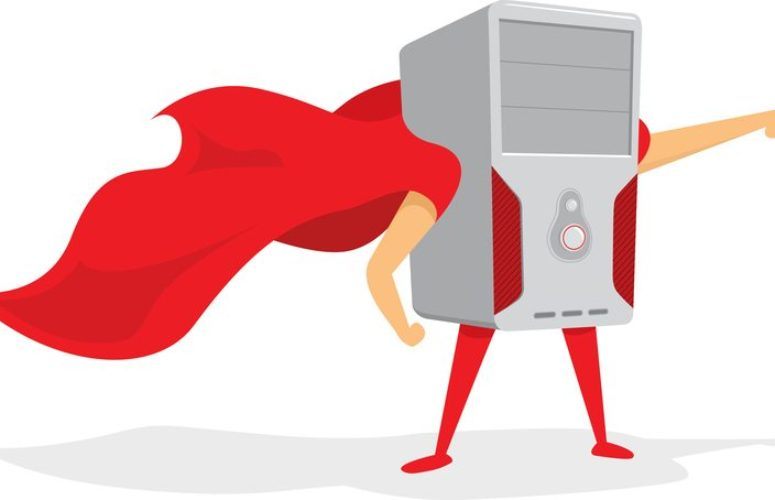 New Supercomputer at Rutgers Ranked No. 8 Among US Academic Institutions

The TOP500 project provides a reliable basis for tracking and detecting trends in high-performance computing. Twice each year it assembles and releases a list of the sites operating the 500 most powerful computer systems in the world.

Rutgers’ new supercomputer, which is named “Caliburn,” is the most powerful system in the state. It was built with a $10 million award to Rutgers from the New Jersey Higher Education Leasing Fund. The lead contractor is HighPoint Solutions of Bridgewater, which was chosen as the lead contractor after a competitive bidding process. The system manufacturer and integrator is Super Micro Computer Inc. of San Jose, Calif.

“This new system will give Rutgers the high-performance computing capacity that our world-class faculty needs and deserves, particularly as the use of computation and big data have become key enablers in nearly every field of research,” Christopher J. Molloy, senior vice president for research and economic development, said. “We are extremely appreciative of the state’s support for this initiative, which is a great investment in the university and ultimately the future of New Jersey.”

Manish Parashar, distinguished professor of computer science at Rutgers and founding director of the Rutgers Discovery Informatics Institute (RDI2), is heading the project. Parashar and Ivan Rodero, RDI2’s associate director of technical operations, designed the system with a unique architecture and capabilities. It is based on a new network interconnect developed by Intel (Omni-Path) and it is among the first clusters to use the Intel Omni-Path fabric and the latest Intel processors.

“This system provides state-of-the-art advanced cyber infrastructure that will dramatically increase the computation power, provide greater speeds and offer expanded storage capacity to faculty, researchers and students across Rutgers and the state,” Parashar said, “This system will significantly elevate the competitiveness of Rutgers researchers in computational and data-enabled science, engineering and medicine, as well as those in social science and humanities disciplines.”
Along with users at Rutgers, the system will be accessible to researchers at other New Jersey universities and industry users. RDI2 will work with the New Jersey Big Data Alliance, which was founded by Rutgers and seven other universities in the state, to build an industry users program. The capabilities of this new system will establish New Jersey’s reputation in advanced computing and benefit a broad spectrum of industry sectors and academic disciplines.

The project was built in three phases. Phase I went live in January and provides approximately 150 teraflops of computational and data analytics capabilities and one petabyte of storage to faculty and staff researchers throughout the university. To date there have been more than 100 users from 17 departments universitywide. The system has delivered over 2.6 million computing hours and 100 terabytes (TB) of storage to the Rutgers community over the past few months. Among the heaviest users have been researchers in the Waksman Institute of Microbiology, the Departments of Physics at New Brunswick and Camden, Department of Chemistry at Newark, and the Center for Integrative Proteomics Research.

Phase II construction included a new self-contained modular data center at Rutgers University–New Brunswick. Phase III encompasses the installation of the Caliburn supercomputer and final elements of the network, which provides high-speed access to users. The Supermicro solution is based on a FatTwin SuperServer system. It has 560 nodes, each with two Intel Xeon E5-2695 v4 (Broadwell) processors, 256 gigabytes (GB) of RAM, and a 400 GB Intel NVMe drive. Overall, the system has 20,160 cores, 140 TB of memory and 218 TB of non-volatile memory. The performance is 603 TFLOPS with a peak performance of 677 TFLOPS.

“As the leading provider of high-performance computing (HPC) solutions, Supermicro is very pleased to help enable this state-of-the-art HPC solution at Rutgers based on our multi-node FatTwin architecture,” said Dr. Tau Leng, VP and GM of HPC at Super Micro Computer, Inc. “Key features of these FatTwin SuperServers include support for E5-2600 v4 processors, NVMe, 100 Gbps Omni-Path fabric (OPA), and an innovative cooling architecture to deliver maximum performance while reducing the TCO for the Caliburn supercomputer which will supply high-performance computational and data analytics capabilities to researchers for years to come.”