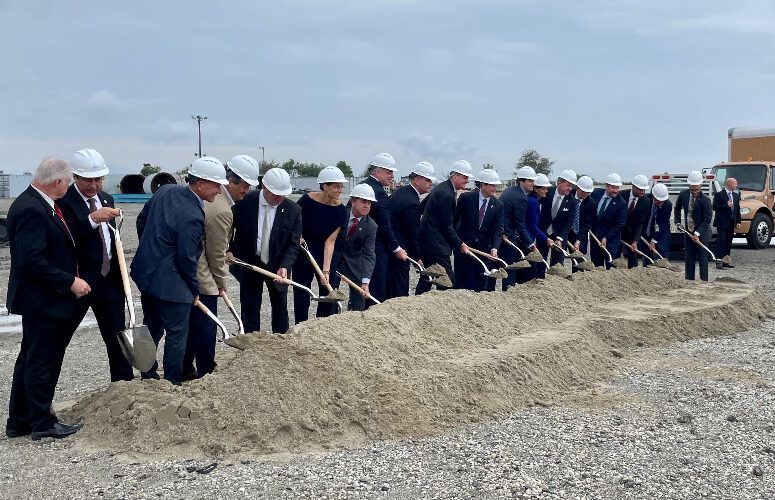 The wind port will serve as a key cog in positioning the state as a national leader in offshore wind.

The New Jersey Wind Port is the nation’s first purpose-built offshore wind marshaling port, and is seen as a key cog in positioning the state as a hub for the US offshore wind industry, providing a location for essential staging, assembly, and manufacturing activities related to offshore wind projects on the East Coast.

The wind port is expected to be completed in 2023 and support up to $500 million in new economic activity within the state and region each year. According to Governor Murphy, it has the potential to create up to 1,500 manufacturing, assembly, and operations jobs, as well as hundreds of union construction jobs in the state.

U.S. Secretary of Labor Marty Walsh called the project “an important model for future infrastructure investments in this country.”

Additionally, a project labor agreement was signed for the project between AECOM-Tishman and the United Building Trades Council of Southern New Jersey AFL-CIO, solidifying the Murphy Administration’s commitment to use union labor to construct the wind port.

“For far too long, we have been fed a line that we could either create jobs, or improve our environment and fight climate change – but not both,” Murphy said. “Today, I finally think we can put that old way of thinking to bed for good. Fighting climate change and creating good jobs do – and must – go hand in hand.”

The New Jersey Wind Port will be located on an artificial island on the eastern shores of the Delaware River, southwest of the City of Salem. It is more than five miles from the nearest New Jersey residential area and provides ample space to grow operations over time.

Several potential tenants have already expressed interest in the site, including Ørsted and Atlantic Shores through their winning bids in the New Jersey Board of Public Utilities’ (NJBPU) recent offshore wind power solicitation. Both offshore wind developers indicated they intend to build their projects at the wind port. The winning bids also included proposals to partner with turbine manufactures GE and Vestas to build nacelle assembly facilities at the port.

Offshore wind projects slated for development along the East Coast are expected to require more than $150 billion of capital investment by 2035, and the American offshore wind industry is projected to create more than 83,000 jobs, mostly along the Northeast corridor. New Jersey’s location at the heart of the East Coast wind belt, commitment to supporting offshore wind, and skilled workforce put the state in a strong position to capitalize on the industry.

“Today’s groundbreaking represents the first step in a new era of economic development and job growth in South Jersey, with the ability to produce economic benefits for generations to come,” said Senate President Steve Sweeney. “Bringing offshore wind manufacturing to New Jersey is key to making the state a hub of the supply chain for wind energy products and services.”