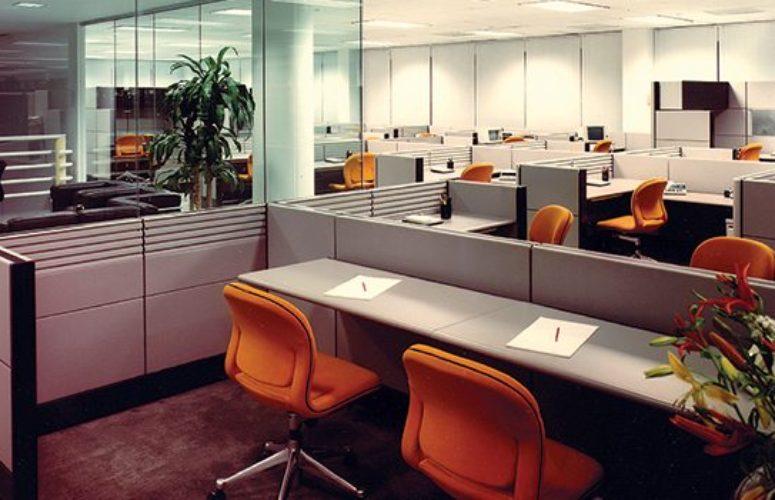 2016 was one of the best years in recent history for the New Jersey Office market, according to the 2016 office market recap released today by Cushman & Wakefield. The firm also released its Q4 office market report, citing that the New Jersey office sector ended the year on a positive note, as the market remained stable after two robust quarters of improving market fundamentals.

New Jersey concluded 2016 with overall net absorption firmly in the black for the year. As vacancy fell in many of the prominent submarkets in the Garden State, specifically within Class A space, New Jersey’s rate has dipped two consecutive years. Meanwhile, asking rents, on average, have edged higher despite a recent increase in available sublease space. The Hudson Waterfront, in particular, has hit the $40.00 per square foot mark for Class A direct space for the first time since 2002.

More than 12 leases greater than 100,000 square feet were inked in 2016, almost all of which were for Class A space and most of which received tax incentives from the state’s GROW NJ program. The pharmaceutical, computer services/information technology, and insurance industries all played a key role in the robust demand for 2016.

“Companies took space at a rapid rate in the Hudson Waterfront, the I-78 Corridor, and Morris County, while the Bell Works campus in Holmdel was home to one of the largest leases of the year,” added Jason Price, Cushman & Wakefield’s Research Director, Tri-State Suburbs. “Tenants continued to opt for newer or updated buildings with amenities either around urban-esque live-work-play environments or in premier office campuses in close proximity to major highways.”

Q4, in particular, experienced flat net absorption as vacancy as a whole remained at 17.4 percent, its lowest point since 2007. Meanwhile, demand finished behind the vigorous totals of the last two quarters but reached the 2.0 million-square-feet mark for the seventh time in the last eight quarters.

“During Q4, areas such as the Hudson Waterfront, Woodbridge/Edison, and Bergen and Monmouth Counties recorded declines in vacancy due to healthy demand,” said Price. “However, some notable dispositions occurred in Morris County, the I-78 Corridor, and Princeton/Route 1 which pushed occupancy levels lower in those areas.”

As a whole, Class A vacancy in NJ held steady at 18.1 percent, but was down 240 basis points from a year ago. While absorption during the last quarter of the year was flat, for the year, NJ recorded 3.2 MSF of net occupancy gains, the highest annual total in 15 years. More than 78 percent of the gains occurred within Class A properties.

Notable vacancy trends from Q4 include:

·         The Meadowlands’ Class A vacancy rate continued to decline to a recent low of 13.1 percent

·         At 11.9 percent, the Hudson Waterfont vacancy rate fell by 130 basis points since a year ago and reached its lowest mark in over three years.

·         Despite the recent influx of mid-sized blocks of space, Princeton/Route 1’s Class A vacancy rate remains one of the lowest in the state at 8.8 percent.

Demand during the fourth quarter, while not reaching the vigorous totals of the previous two quarters, was healthy and spread throughout many key market segments. Leading the way were the Hudson Waterfront, Bergen County, and Princeton/Route 1, each of which recorded an excess of 200,000 SF of deal volume. Also experiencing healthy leasing were the I-78 Corridor, Monmouth County, Route 10/24, and Woodbridge/Edison.

Just under 70 percent of Q4 leasing was concentrated within Class A product as tenants continued to flock to higher quality product with amenities and Class A buildings located around mass-transit systems. Q4 volume was fueled by the financial services, insurance, and computer/information technology sectors, which combined accounted for more than 47 percent of the total.

As space tightened in some key market segments, New Jersey’s average direct asking rental rate ticked higher during the final months of 2016. The increase was driven primarily by rising Class A asking rents in the Hudson Waterfront, Metropark, and the I-78 Corridor. The Waterfront’s Class A asking rental rate ascended to a new recent high of $41.97 PSF, a 3.3 percent increase since Q3. Meanwhile in Metropark where vacancy is at a 10 year low, landlords responded by raising rents in their Class A assets. In turn, the Class A rental rate reached a new all-time high at $36.52 PSF, a 10.4 percent rise since last quarter. As a whole, Class A rents in NJ have risen by 4.7 percent since 2015.

Cushman & Wakefield anticipates that the New Year will kick off with some healthy demand, driven by some larger deals which are slated to close in January.

“As the NJ economy continues its modest trend of growth, the state’s office market should remain stable in the New Year,” added Judd. “Leasing should continue to be fueled by state incentives, specifically within the Hudson Waterfront, while areas near mass transit should continue to benefit from their locations.”

High quality Class A product with amenities in suburban areas will experience steady demand as well. While occupancy should remain relatively steady throughout the year, there are some major dispositions on the horizon which could prevent the market from improving further as a whole. Areas such as Princeton/Route 1, the Hudson Waterfront, and Morris County are poised to see temporary surges in vacancy as major tenants are slated to relocate from their respective locations in 2017. Meanwhile, expect asking rents in the key market segments to continue trending slightly higher due to the demand for Class A space.