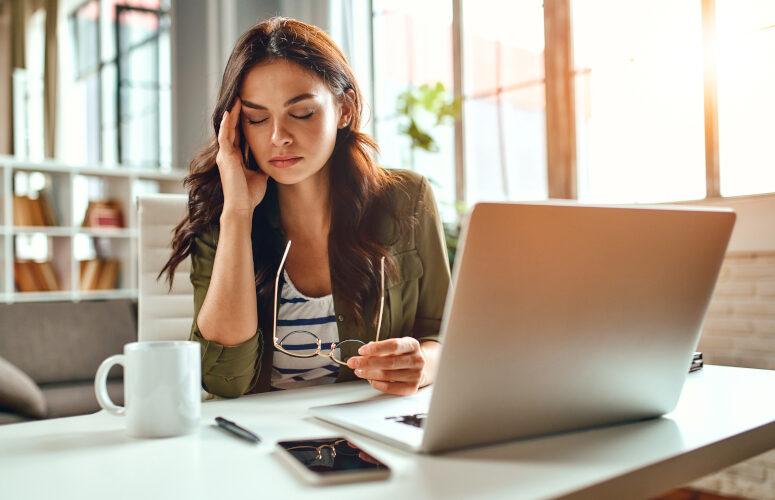 The number of Americans who are financially struggling has increased by double digits in the past year as inflation and gas prices top the list of problems faced by the nation’s families. The Monmouth University Poll finds a majority say the federal government’s actions are hurting them and that President Joe Biden’s policies are not benefitting the middle class. Preference for party control of Congress remains divided, with no real movement since the spring.

More than 4 in 10 Americans (42%) say they are struggling to remain where they are financially. This is the first time since Monmouth University started asking the question five years ago that the number topped 3 in 10 – the range in prior polls was 20% to 29%. Just under half (47%) say their current financial situation is basically stable and only 9% say it is improving. The high point for improving was 25% in April 2019.  The number of people who say they are struggling has increased by 18 points since last year (from 24% to 42%), with that increase being fairly across the board when examining key demographic groups, including income, race, and partisanship . Currently, reports of struggling financially come from 58% of those earning under $50,000 (up 18 points from June 2021), 35% of those earning $50,000-$100,000 (up 15 points), and 28% of those earning over $100,000 (up 18 points).

Nearly half of the public names either inflation (33%) or gas prices (15%) as the biggest concern facing their family right now. The economy in general (9%) and paying everyday bills (6%) are among other financial concerns mentioned. Abortion, which has registered less than 1% on this question in prior Monmouth polls going back to 2015, is currently named by 5% – predominantly among Democrats (9%). Inflation and gas prices are the top two family concerns across a wide variety of demographic groups, including income, race, and partisan identity.

Inflation as a top concern emerged in Monmouth’s July 2021 poll at 5% and then grew to 14% in December, before more than doubling in the current poll. The current poll is also the first time that gas prices are mentioned by more than a handful of Americans as their predominant issue. One year ago, the poll registered a wider variety of top issues, including the pandemic (17%), the economy (11%), everyday bills (11%), health care costs (7%) and job security (7%).

“Economic concerns tend to rise to the top of the list of family concerns, as you might expect, but the singular impact of inflation is really hitting home right now. And most Americans are blaming Washington for their current pain,” said Patrick Murray, director of the independent Monmouth University Polling Institute.

A majority of 57% say that the actions of the federal government over the past six months have hurt their family when it comes to their most important concern. Just 8% say Washington has helped them and 34% say federal actions have had no real impact on their top concern.

In prior polls, between 34% and 47% said government actions have hurt them on their biggest family concern. The current poll marks the first time this sentiment is in the majority.

The results also indicate little optimism about the future – just 23% expect that future government actions over the next few years will help improve their family’s top concern while 45% say Washington will hurt them. One year ago, that response was basically flipped (40% expected to be helped and 34% expected to be hurt).