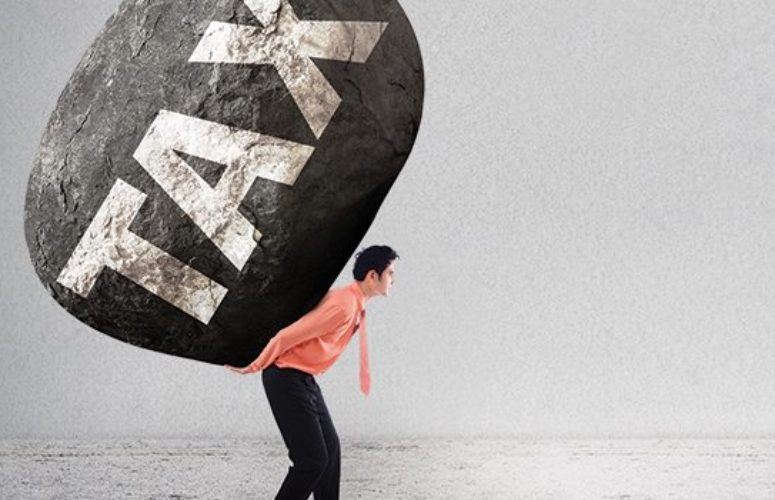 National: Half the Public Say Their Taxes Will Go Up Under GOP Plan

Americans disapprove of the tax reform plan currently making its way through Congress by a nearly 2-to-1 margin. Half the public believe their own taxes would go up under this plan and a plurality would like to see Congress scrap the current effort and start fresh in 2018. Results of the Monmouth University Poll also indicate there are potential hurdles for selling this proposal to the American public since most feel the middle class has not been seeing any benefits from Pres. Donald Trump’s policies so far.

Nearly half the American public (47%) disapprove of the tax reform bills passed by the Senate and House and just 26% approve. Another 8% withhold judgement until seeing the final plan and 19% have no opinion. [Note: the poll was conducted before the final conference version of the bill was released.]  It is also worth noting that strong disapproval (35%) of the proposal far outweighs strong approval (13%).

The current proposal is significantly less popular than the landmark 1986 tax reform law. A Gallup poll taken in September 1986 when that bill was in the final stages of passage found that 39% of the public approved of the bill compared to 33% who disapproved.

“One of the reasons the current plan may be less popular than the Reagan-era package is that the 1986 bill was seen as a good faith bipartisan effort rather than a purely partisan proposal,” said Patrick Murray, director of the independent Monmouth University Polling Institute.

Republicans favor the proposed tax reform plan by a 55% approve to 16% disapprove margin. Democrats (7% approve to 72% disapprove) and independents (20% approve to 53% disapprove) are decidedly negative about the proposed changes. The package doesn’t play well in areas of the country that the GOP needs to win in 2018. Opinion of the tax reform plan is divided in “red” counties that Trump won by at least ten percentage points in 2016 – 34% approve and 37% disapprove. In “swing” counties where the margin of victory for either candidate was less than ten points, 30% approve of the plan compared with 38% who disapprove. In “blue” counties that Hillary Clinton won by ten points or more, only 15% approve while 60% disapprove.

“Even though the poll was taken before the conference version was announced, the basic contours of the plan remain the same. Many Americans see this bill more as an attempt by Republicans to gain a political victory and would rather see Congress scrap this plan and start over,” said Murray.

Just 17% of the public say the current plan is a genuine attempt to reform the tax system while 35% say the push to pass this is bill is driven mainly by Republicans’ desire to obtain a political victory. Another 35% say both reasons are equally at play.

A plurality of the public (39%) would prefer to see Congress scrap this plan and start work on a new bill next year. Just 29% want Congress to work out a deal to pass the current plan. Another 24%, though, would rather see Congress leave the tax system as it is for now.

Half of the public (50%) predict that the federal taxes they pay will go up with the plan now under consideration by Congress. Just 14% say their taxes will go down. Another 25% believe their own taxes will stay the same under this plan. A Gallup poll during the 1986 effort found that slightly fewer Americans (41%) back then believed their own taxes would go up because of that plan, compared to 18% who said they would go down and 30% who expected they would remain the same.

“Right now, the American middle class is not particularly impressed with the current administration’s performance on bread and butter issues. A major task for Congressional Republicans and Pres. Trump will be convincing these voters that they will benefit from the plan,” said Murray.

And the Surveys Says … We’re Taxed Out!

So Many Taxes, So Little Time