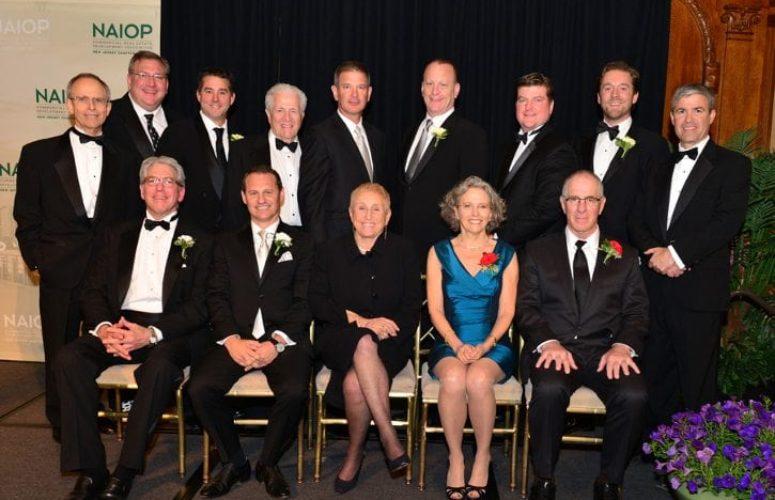 More than 800 members of the New Jersey commercial real estate community turned out to celebrate the industry at NAIOP New Jersey’s 30th Annual Awards Gala on May 11. The black tie event, held at the Palace at Somerset Park, recognized the achievements of leading professionals and organizations and the state’s most impactful transactions of 2016

“With groundbreaking legal decisions, creative deal making and state-of-the-art construction, those we honor this evening have been our partners in transforming the commercial real estate landscape in New Jersey for the past 60 years,” said NAIOP New Jersey President Dave Gibbons of Elberon Development Group. “These individuals and firms have revitalized communities and created places that will enable the Garden State to remain competitive and attractive to its citizens and businesses.”

NAIOP New Jersey awarded its highest honor, the Lifetime Achievement Award, to the late Arthur M. Greenbaum of Greenbaum Rowe Smith & Davis LLP. Greenbaum was recognized for his distinguished and long-standing record of exemplary service to the industry and to the community, as well as for his significant personal accomplishments.

A special Public Partner award was presented to the family of Caren Franzini, the former CEO of the state Economic Development Authority (EDA), who passed away in January. Franzini was honored for her nearly 20 years of leadership in the real estate industry and the vital role she played in growing the EDA into one of the state’s most influential government organizations

The Impact Award, which recognizes firms and individuals for their impact on the industrial and office development community, was presented to JLL. Hollister Construction Services LLC and Biggins Lacy Shapiro & Company received NAIOP New Jersey Industry Service Awards for their substantial contributions in support of the commercial and industrial real estate industry’s goals.

Deal of the Year Awards

A seven-member panel of judges selected the Deal of the Year winners in three categories based on impact on the community and marketplace; degree of complexity and/or uniqueness; innovative strategies; and creative problem solving.

Duke Realty’s master-planned redevelopment of the former General Motors assembly plant in Linden, New Jersey – branded as the Legacy Commerce Center – revived an area that had lost thousands of jobs after the closing of GM’s facility. In 2016, CBRE facilitated a 495,000-square-foot lease with Blue Apron, now the largest tenant in the industrial park. Involved in the deal were CBRE, Duke Realty and Blue Apron.

Following decades of occupancy, changing needs and an evolving sustainability mandate threatened Unilever’s departure from 700 and 800 Sylvan Avenue. In 2016, a series of Cushman & Wakefield-led transactions resulted in redevelopments at both properties, including Project Unify, one of the East Coast’s most energy-efficient and highly advanced corporate facilities. Involved in the deal were Cushman & Wakefield, Normandy Real Estate Partners, Unilever, OVG Real Estate, Drinker Biddle, Mesirow Financial, Robinson Cole, Structure Tone and Perkins & Will.