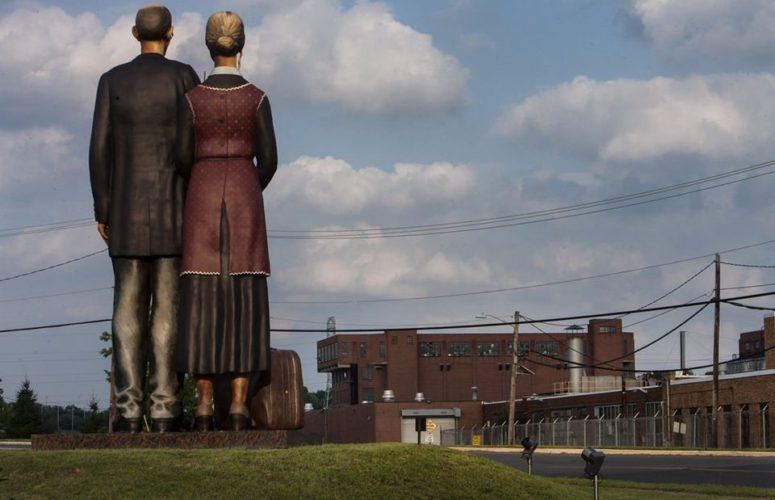 NAI Mertz, a leading full-service commercial real estate firm serving southern New Jersey and greater Philadelphia, has been appointed the exclusive sales agent for a one million-square-foot industrial complex situated on 65 acres in Hamilton Township in Mercer County. Located at 861 Sloan Avenue, theproperty is owned by the Congoleum Corporation, a flooring manufacturingcompany, that announced last year it would be relocating to Marcus Hook,Pa. Operations at 861 Sloan Avenueceased on October 31, 2014. The buildinghas since been vacant.

The site is being marketed for sale on behalf ofCongoleum Corporation by the NAI Mertz team led by Jeffrey Licht, SIOR, seniorvice president and Fred Meyer, SIOR, director of corporate services. The team is being assisted by NAI Mertz vicepresidents Adam Lashner and Jonathan Klear.

“We are excited to be marketing such a large-scale,highly visible property in an awesome location,” said Licht. “Potential buyerswill immediately be attracted to this site for its potential redevelopmentopportunities,” he added.

Located immediately off I-295 (Exit #65B) and directlyacross from the Hamilton NJ Transit Center, offering rail service to New YorkCity and Trenton, 861 Sloan Avenue, is also within close proximity to many ofthe state’s major regional thoroughfares. The site is approximately 36 miles to Philadelphia and 57 miles to NewYork City. Nearby are several diningoptions, retail shopping centers including the Quaker Bridge Mall and an AMCHamilton 24 Movie Cineplex. Withinminutes of the site is The Grounds for Sculpture, a 42-acre sculpture parkcomposed of works by well-known and emerging American and internationalartists. Several sculptures from theGrounds for Sculpture’s “Along The Way” program are prominently situated aroundthe property at 861 Sloan Avenue.

While the site currently houses a one million-square-footindustrial complex, NAI Mertz is marketing it as a redevelopment opportunity,ideal for a transit-oriented development that has the potential for acombination of retail, office, flex/industrial, recreational, seniorhousing/assisted living, hotel and healthcare.

“My wife and I routinely travel to New York City viathe Hamilton NJ Transit Center, and I’ve openly muttered that the subject sitedeserves a better use,” said Licht. “Iam thrilled that my team and I get the opportunity to make a difference in thisflourishing community. I truly believethe sky is the limit for this property,” Licht added.