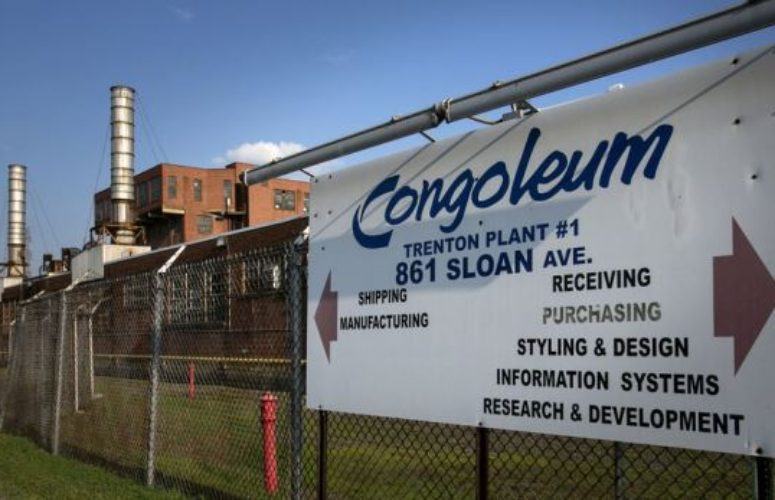 The NAI Mertz team of Jeffrey Licht, SIOR, senior vice president, and Fred Meyer, SIOR, director of corporate services, handled the marketing efforts for the subject property on behalf of the seller, Congoleum Corporation.  NAI Mertz was the sole real estate brokerage firm involved in the sale to the buyer.  The sale price was not disclosed.

In addition, CDC has awarded NAI Mertz with the exclusive assignment to assist in creating a new vision for the property.

“This is an exciting announcement for our team at NAI Mertz,” said Licht.  “My family routinely rides the New Jersey Transit train from Hamilton to New York, and I always marveled at the very visible Congoleum asset across the street with the cool statues from the Grounds for Sculpture saying one day it should be redeveloped into a higher and better use.  Ironically, I was afforded the opportunity to assist in the redevelopment and am grateful.”

This high-profile property totals in excess of 1,050,000 square feet situated on 65 acres.  Located directly across from the Hamilton New Jersey Transit Center, the property is just minutes from Exit 65 of Interstate 295, and in close proximity to many of the state’s highways including I-95 and Routes 1, 33, 130 and 206.  Additionally, the site is approximately 36 miles to Philadelphia and 57 miles to New York City.  Nearby are several dining options, retail shopping centers including the Quaker Bridge Mall, and an AMC Hamilton 24 Movie Cineplex.

Due to its former use as a flooring manufacturing plant, CDC will handle any necessary environmental clean-up at the site.  The developer plans to raze the majority of the buildings on site, with the exception of Building 55, an existing 150,000-square-foot warehouse building.

“We believe the site would benefit from a mixed-use development, and we will entertain land sales from one to 65 acres, as well as the sale or lease of Building 55,” said Meyer.  “We are already speaking with several retailers, as well as recreational and light industrial prospects,” he added.