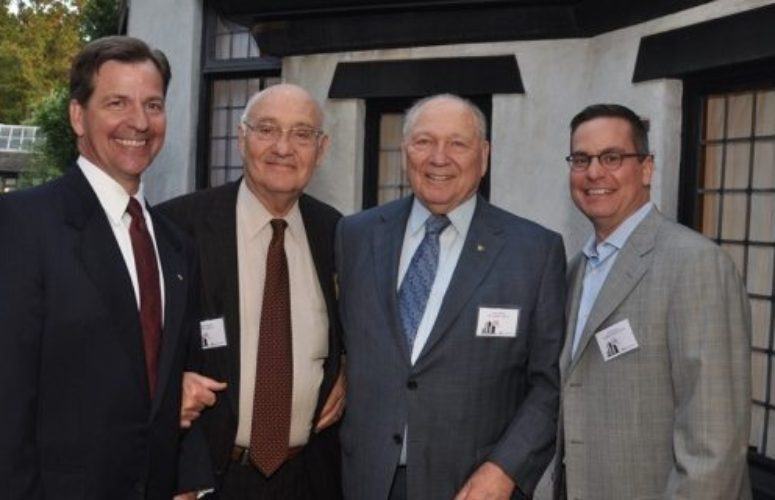 NAI James E. Hanson, a New Jersey-based commercial real estate firm, is celebrating its 60th anniversary since the inception of James E. Hanson & Company in 1955 by the late James E. Hanson. NAI Hanson hosted a cocktail party on October 21, 2015, at the Pleasantdale Chateau in West Orange to commemorate the milestone. More than 250 people attended the event where employees, business partners, colleagues and clients gathered to celebrate the organization’s past, present and future.

“We have completed over 150 transactions to date this year and continue to service our clients in the same manner as we have since the company was formed,” said William Hanson, SIOR, President of NAI James E. Hanson.  “Our diverse array of services range from your typical brokerage services, to investment sales and financing.  We are always thinking entrepreneurially, which has helped us achieve great success both for our clients and for our company through the many real estate cycles we have endured and prospered through. 60 years is just the beginning here at NAI James E. Hanson. We intend to continue building upon our success for a long time.”

In 1966, Peter Hanson took over leadership of the company and sixteen years later, in 1981, Peter was one of the first people to join the NAI Global network, which allowed his company to service their client’s needs both nationally and globally, while remaining independent. This alliance resulted in the name change to NAI James E. Hanson.  In 1993, Peter’s son, William Hanson, assumed the leadership and continues to serve as president of the organization. Peter Hanson serves as its chairman.

“NAI Hanson is a company that is predicated on core principals established by my grandfather early on in his real estate career. These core principals were championed by my father and they continue to drive this company’s success today,” continued Hanson.

At the core of the company’s success has been its dedicated and talented staff, of which many have been with the company for more than a decade and embrace the organization’s entrepreneurial culture and passion for client service. NAI Hanson proudly has 10 associates who have earned the prestigious SIOR (Society of Industrial and Office Realtors) designation – the most in the state for a commercial real estate services firm. Additionally, their employee roster has grown from 15 associates to more than 70 employees over the past 10 years, including a robust and full-service Property Management Division, which has doubled in size during that time and currently manages nearly 6 million square feet.  With expertise in brokerage services, corporate and government services, property management, logistics, tenant representation, property valuations, investment and financing, NAI Hanson is able to recognize opportunities quickly and help its clients take advantage of them.

“At NAI Hanson, we are relentless in our efforts to ensure that our clients, whether they are building owners, landlords or tenants, are getting the highest and most personal level of service. We are passionate about our reputation within the industry, community and internally, which has led to our incredible success at retaining employees who are involved within their communities and industry associations,” added Hanson.

Several notable deals in the year include the sale/leaseback of 1595 McCarthur Boulevard in Mahwah, a 119,264-square-foot industrial building, the lease of 396,510 square feet of industrial space in Hamilton and the sale of the Annin Flag Company in Verona. Through its alliance with NAI Global, NAI Hanson has access to a premier network of a network of 5,000 professionals and 325 offices in 55 countries throughout the world enabling NAI Hanson to apply its vast knowledge of local markets with its global resources to help clients make informed and educated real estate decisions.