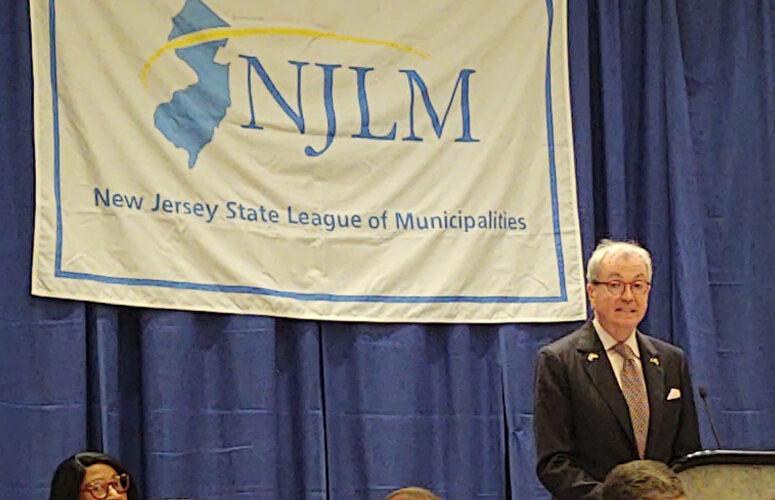 Gov. Phil Murphy announced today that his administration will soon introduce a proposal to modernize the state’s liquor license law to help restaurants, which were among the hardest hit businesses during the COVID-19 pandemic.

“If the pandemic has changed the way [restaurants] have to do business, then we have to acknowledge that the pandemic must also lead us to change some of the laws that govern the businesses that were most impacted to ensure their future growth and our state’s economic growth,” Murphy said this afternoon at the New Jersey League of Municipalities’ delegates luncheon at the Sheraton Convention Center Hotel in Atlantic City.

He called the state’s liquor license law byzantine and said it only serves to restrict supply and increase prices. He added that it lacks equitable access points for “countless small restaurants and communities of every size; urban, suburban and rural.”

“There are a lot of models out there for us to examine and pull from to create a truly New Jersey solution,” Murphy said. “Our team has been busy doing just that. I will soon [introduce] a proposal that puts equity first by allowing small, mostly family-owned local restaurants to compete on equal footing with big restaurant chains and wealthier restaurateurs.”

At the same time, the governor said the proposal would protect the investments that many existing restaurant owners have made in their current establishments. “We have to find an equitable way forward for everyone. Inclusive of this effort will be our breweries and distilleries. We want to allow them to keep growing,” Murphy commented, adding that his administration looks forward to working with local officials and the Legislature on changing the liquor license law.

He continued saying that the average property tax will now be reduced by 16% via the Affordable New Jersey Communities for Homeowners and Renters (ANCHOR) rebate program. Murphy added that he will soon extend the deadline to apply for the program into the early part of 2023 (the current deadline is Dec. 30, 2022).