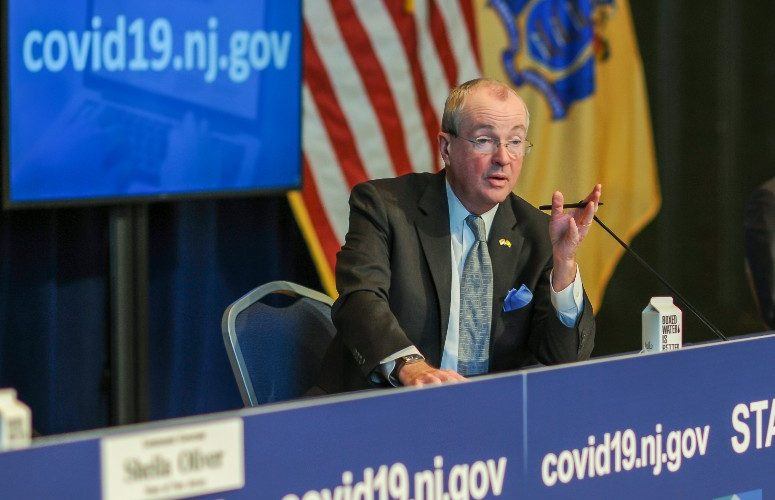 At today’s COVID-19 press briefing, Gov. Phil Murphy announced that he signed an executive order creating the Governor’s Restart and Recovery Commission. The commission is tasked with advising the administration on the timing and preparation for New Jersey’s recovery from its pandemic-induced shutdown.

“No one has seen how an advanced economy returns from a global pandemic,” Murphy said. “But our economy is going to get a restart. It is not a matter of if, it is a matter of when.”

Murphy said that the commission will begin virtual meetings immediately as the administration tackles the work of restarting the state and putting New Jerseyans back to work. Among the commission’s first tasks will be to advise the governor on the timing of the restart as it aligns with predetermined public health metrics.

Ken Frazier, chairman and CEO of Merck, and Shirley Tilghman, president emerita of Princeton University, will serve as the commission’s co-chairs.

A total of 21 members will make up the commission, all with a “vast wealth of experience” in healthcare, business small and large, finance, academics, arts, economics and more, according to Murphy, who said the group’s diverse representation key.

“I am confident that with input from thoughtful people, including scientific and healthcare experts, we will be able to recommend a responsible path forward to reopen the economy while continuing to keep New Jersey citizens safe,” Frazier said. “Together, we will win this fight against the viral outbreak.”

Murphy added that the commission will not only address core economic issues, but also: advise on issues of public health, workforce development and transportation; seek ways to maximize future federal support; review potential long-term investments; and ensure restart and recovery works for every family.

The Governor’s Restart and Recovery Commission members include:

Dr. Ben Bernanke – Distinguished Fellow in Residence at the Brookings Institution and former Chairman of the Board of Governors of the Federal Reserve System

Dr. Richard Besser – President and CEO of the Robert Wood Johnson Foundation and former Acting Director for the Centers for Disease Control and Prevention (CDC)

Richard Trumka – President of the AFL-CIO

Murphy also signed an executive order today that permits municipal governments to expand the grace period for property tax payments due May 1 until June 1.

“Leaders of towns and cities across the state have been trying to find ways to lessen the blow on local residents, and with this action, they are empowered to provide relief to homeowners as we continue to do everything possible to fight this pandemic,” he said.

New Jersey now has a total of 113,856 total confirmed cases of COVID-19, after 2,887 new cases were reported overnight. Additionally, the state’s death toll due to the virus has risen to 6,442, after 402 new deaths were reported in the past 24 hours.

$1.2B in COVID-19 Funds Available for NJ School Districts