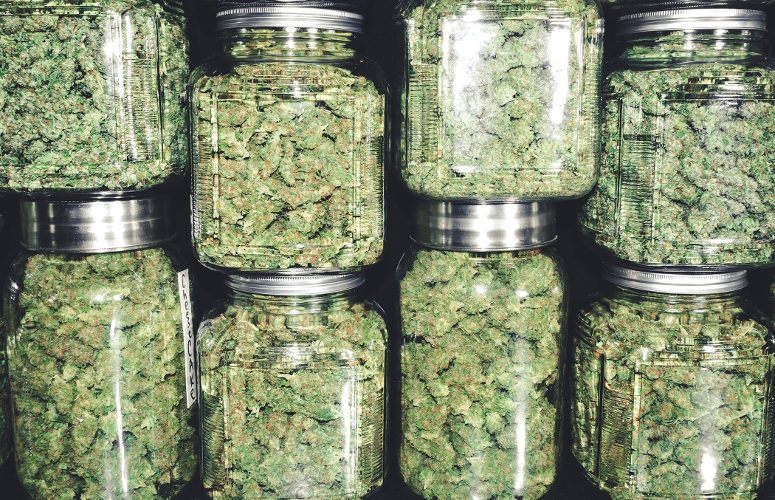 Gov. Phil Murphy today signed three bills related to the legalization and decriminalization of adult-use cannabis, officially making New Jersey the 13th state to legalize marijuana for recreational use. The three new laws allow the purchase and sale of legal cannabis at state-licensed dispensaries, decriminalization of marijuana and hashish possession, as well as clarify marijuana and cannabis use and possession penalties for individuals younger than 21.

“This November, New Jerseyans voted overwhelmingly in support of creating a well-regulated adult-use cannabis market,” Murphy said. “Although this process has taken longer than anticipated, I believe it is ending in the right place and will ultimately serve as a national model. This legislation will establish an industry that brings equity and economic opportunity to our communities, while establishing minimum standards for safe products and allowing law enforcement to focus their resources on real public safety matters.”

The New Jersey Business & Industry Association (NJBIA), however, expressed concerns about workplace and public safety remain unresolved with the signing of the bills.

“We are disappointed that the enabling legislation signed today to create an adult-use cannabis market falls short on allowing businesses to effectively maintain drug-free workplaces, as they are essential for certain safety occupations,” NJBIA Chief Government Affairs Officer Chrissy Buteas said in a statement. “By relying on certified experts whose training is not based on scientific standards, the legislation simply does not go far enough to maintain workplace safety. NJBIA was glad to hear recognition by our legislators today that there is a lack of workplace provisions in the current bills. We look forward to working with the Legislature and the Governor’s office on clean–up legislation to address the safety concerns of the employer communities.”

The first bill the governor signed (A–1897) reforms the criminal and civil penalties for marijuana and hashish offenses, as well as provides remedies for people currently facing certain marijuana charges. The new law allows all individuals over the age of 21 in New Jersey to possess up to 6 ounces of marijuana without penalty.

It also prevents unlawful low-level distribution and possession offenses from being used in pretrial release, probation, and parole decisions and provides certain protections against discrimination in employment, housing, and places of public accommodation. The bill also creates a pathway to vacate active sentences for certain offenses committed before enactment of the enabling legislation.

Under the New Jersey Cannabis Regulatory, Enforcement Assistance, and Marketplace Modernization Act (bill A–21, which Murphy also signed), the Cannabis Regulatory Commission (CRC) will promulgate regulations to govern the medical and adult-use industries and oversee the applications for licensing of cannabis businesses. The legislation further provides for the Legislature to reinvest cannabis revenues in designated “impact zones;”; directs the CRC to promote diversity and inclusion in business ownership; and contains employment protections for people who engage in lawful behavior with respect to cannabis.

The CRC has six months to set up its rules and regulations before it seeks new licensees for businesses.

The third bill that Murphy signed was passed after a last–minute voting session by the Senate and Assembly this morning. It establishes civil, as opposed to criminal, penalties for those under the age of 21 caught with marijuana.

Despite the new laws, growing and/or distributing cannabis plants without a license will still be illegal, with distribution of up to 1 ounce being penalized with a written warning on a subject’s first offense.