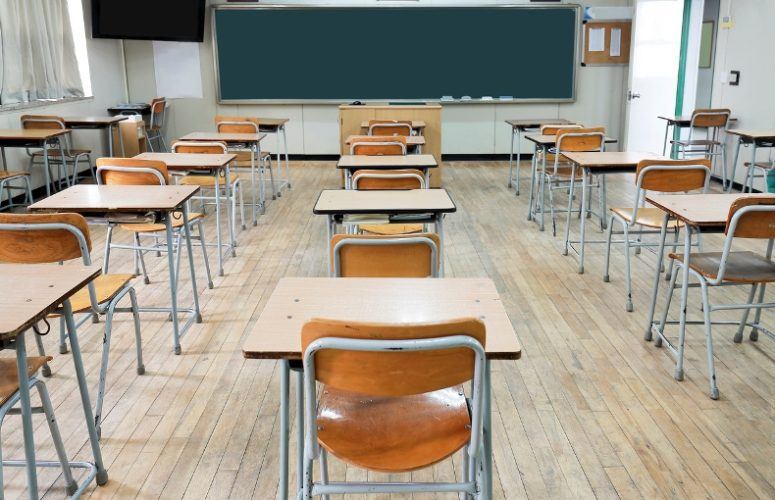 Gov. Phil Murphy visited the North Brunswick School District to showcase his administration’s commitment to funding pre-K through 12 education in his proposed budget.

The Governor also used the visit to announce the creation of the New Jersey Department of Education’s new Division of Early Childhood Education, which will be directed by Cary Booker, senior education policy advisor in the Governor’s Office.

Governor Murphy’s Fiscal Year 2020 budget prioritizes early childhood education with an increase of $68 million to improve existing preschool programs and create new ones. North Brunswick will see its state preschool aid more than double, from $928,808 this year to $2,815,240 in the coming school year. North Brunswick’s student enrollment grew by nearly 13 percent since 2008-2009, the first year of the state’s school funding formula, however state aid never kept pace. The Governor’s proposed budget will bolster North Brunswick’s overall K-12 state funding by 19 percent, for a total of $22,449,469 in K-12 aid.

“North Brunswick is representative of one of hundreds of school districts throughout New Jersey that struggled for years because they were underfunded,” said Governor Murphy. “Our plan commits a record amount of state aid for New Jersey’s schools, and that will help us continue on the path toward fully funding public schools according to a constitutionally acceptable formula. Investments in our youngest learners are investments in the middle class. By asking the wealthiest among us to pay their fair share, we will take an important step toward ensuring that all of New Jersey’s students have access to resources that will help them throughout their academic careers.”

Under the revised school funding formula approved by the Legislature and signed into law by the Governor last year, state aid for education is scheduled to increase over the next six years, presenting a continued need for additional revenue.

Governor Murphy and Education Commissioner Lamont O. Repollet also used the school visit to announce the creation of a new freestanding Division of Early Childhood Education within the Department of Education. Early childhood had previously been its own division within the Department of Education, with its own Assistant Commissioner, but in 2011 it was placed underneath the Division of Academics and Performance.

“Elevating early childhood to its own division signals the importance of this issue to the Administration,” said Commissioner Repollet. “This move will provide greater resources in our campaign to improve and expand preschool programming for more and more children throughout New Jersey.”

Booker, who will serve as the Assistant Commissioner for Early Childhood Education, has experience as a charter school founder and operator in Memphis, Tenn., and as Associate Dean of Academic Affairs and Director of the Academic Foundation Center/EOF at Rutgers in Newark.

“I welcome the opportunity to focus my efforts on deepening the impact of pre-K education in New Jersey,” said Booker. “I’m excited about our investment in early childhood education, and I know this will improve the lives of countless young people.”

“For far too long our approach has been fragmented, which is why I have worked to shift the focus of education instruction to a zero to sixteen model. It is essential we provide all of our children with the foundation they need to be successful and this is a great first step, a focus on zero to five will help to streamline our long term policy,” said Senate Education Chair M. Teresa Ruiz. “I extend my warmest congratulations to Cary Booker on being named Assistant Commissioner of the Division. I am confident in his abilities and I know he will provide a strong voice advocating for our state’s youngest children.”

“We want all children to have an opportunity to achieve academic excellence and lead exceptional lives. This begins with a child’s exposure to a quality early childhood education program,” said Assemblywoman Shavonda Sumter. “New Jersey is now on the right track with the creation of a new division and appointment of a director whose sole charge will be to ensure access, quality and expansion of early childhood education for all children. This is good news for New Jersey families.”

The Governor’s proposed FY2020 budget would not only allocate an additional $68 million for preschool funding, but it would boost K-12 aid to schools by another $206 million – for a total of $15.4 billion in state spending for pre-K to 12 education.