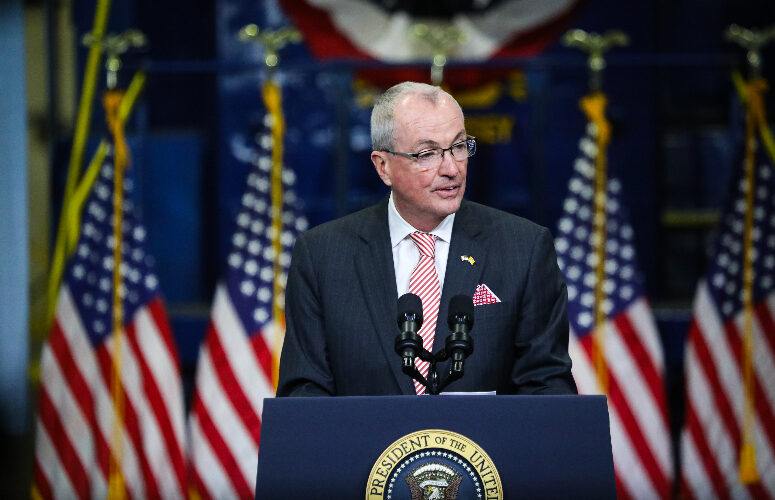 Phil Murphy will remain the governor of New Jersey after fending off Republican challenger Jack Ciattarelli, in what turned out to be a surprisingly tight election.

The Associated Press (AP) declared Murphy the winner on Wednesday evening, nearly 24 hours after polls closed, while he held a lead of less than a percentage point. On election night, Murphy and Ciattarelli exchanged slim leads into the early morning, but ultimately Murphy was declared the victor after outstanding mail-in ballots in heavily Democratic counties were counted on Wednesday afternoon.

The state not giving counties lead time to count mail-in ballots, as they did in 2020, which contributed to the delay in declaring a winner.

“By law, [mail-in ballots] could not be opened, verified, processed or counted until 12:01 a.m. on Election Day. So not unlike in other states that didn’t give more time last year, it took longer,” Micah Rasmussen of the Rebovich Institute for New Jersey Politics, Rider University, told New Jersey Business.
“Exacerbating this problem was all the new voting equipment and technology that was deployed for the first time this year,” Rasmussen continued. “Some of the digital signature books had trouble connecting with the database. Some poll worker errors on the new equipment caused delays. Long lines formed in some polling locations, and as a result, some people who were waiting in line were still voting after 8 p.m.”

With the win, Murphy becomes the first Democratic incumbent governor to win re-election in New Jersey in 44 years.

Despite Murphy’s win, the election is likely to be a wakeup call for Democrats. According to last week’s polls, Murphy held a 6-point to 9-point lead. This past summer, Murphy’s lead was as high as 26%.

Ciattarelli’s ability to capitalize on COVID fatigue and mandates on top of an already challenging business climate were likely reasons that the race was so close.

As of this morning, with 92% of estimated votes reported per AP, Murphy’s lead stands at some 40,000 votes.

Ciattarelli has not officially conceded the election.

The NJGOP and Ciattarelli Campaign released a joint statement after Murphy was declared the winner stating, “[The candidates] are separated by a fraction of a percent out of 2.4 million ballots cast. It’s irresponsible of the media to make this call when the New Jersey Secretary of State doesn’t even know how many ballots are left to be counted.”

As surprising as Ciattarelli’s closer-than-expected challenge to Murphy was, even more shocking was longtime state Senate President Stephen Sweeney’s loss in his latest re-election bid to little-known Republican Edward R. Durr, a truck driver who has never held office.

Sweeney, the longest serving Senate president in New Jersey history, lost to Durr by about 2,200 votes out of some 62,000 cast, or almost 4 percentage points. The Associated Press called the race Thursday morning.