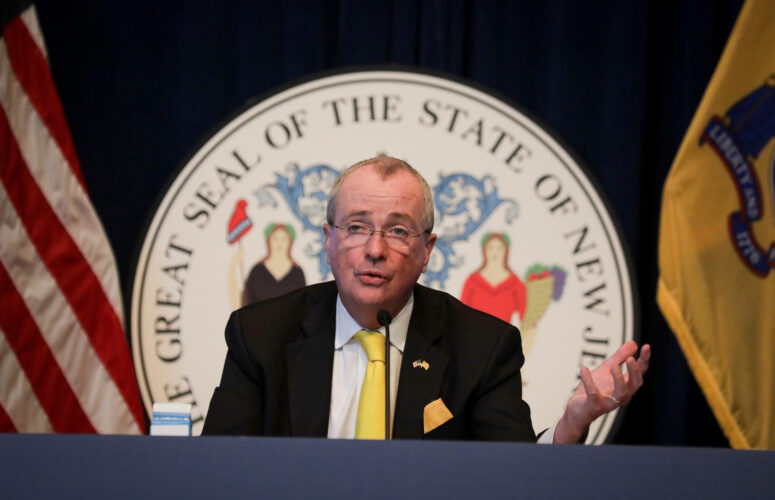 For the past two years, Gov. Phil Murphy’s COVID-19 briefings have aimed to keep the public informed about all things related to the coronavirus pandemic in the state of New Jersey.

Today, on the 257th and final such briefing at the Trenton War Memorial, Murphy announced the end of the state’s public health emergency via an executive order, effective Monday, March 7.

That is, an employee, under New Jersey law, could have claimed they caught COVID-19 at work during the health emergency and the employer would be burdened with proving otherwise.

NJBIA Chief Government Affairs Officer Chrissy Buteas was pleased that those concerns, for now, have been resolved. However, she had remaining concerns that some of the administrative orders or waivers that had been extended to help healthcare and other businesses during the public health emergency would be reversed.

“In many cases, these waivers and extensions should be made permanent,” Buteas said. “We look forward to continuing to work with the Governor’s office and our policymakers to see where those relaxation of overly burdensome regulations can be continued.”

Currently, the statewide school and daycare mask mandate is the last remaining large-scale COVID-19 mitigation effort left in place in the state, and Murphy said that the executive order that he is signing today will officially lift that mandate on March 7 along with the public health emergency.

“The time when large scale mitigation measures were necessary has passed, and hopefully will never return,” Murphy added.

He said that the EO will continue existing orders, directives and waivers related to vaccinations, testing and healthcare system coordination.

However, a normal “state of emergency” will remain in effect, which Murphy said will allow the state to distribute federal funding without any “unnecessary red tape or bureaucratic obstacles.”

“Like the state of emergency for Superstorm Sandy, which most of you probably did not know remains in effect to this day, maintaining this one will not impact your daily life in one, even small, way,” Murphy said.

From presenting sobering statistics such as the exponential daily rise in cases in March and April of 2020, to announcements of never-before-seen lockdown mandates and curfews, to virtual in memoriams of those that succumbed to the virus, Murphy’s COVID-19 briefings were a way for the governor to connect with his fellow New Jersey residents during a time of unprecedented uncertainty.

They were also a chance for the governor to exhibit transparency and answer daily questions from the media in a live setting. In fact, over the course of all briefings, Murphy and his team were asked 6,211 questions on topics that ranged well beyond just the pandemic.

The briefings were all streamed online via the governor’s YouTube channel and drew thousands of viewers each stream. 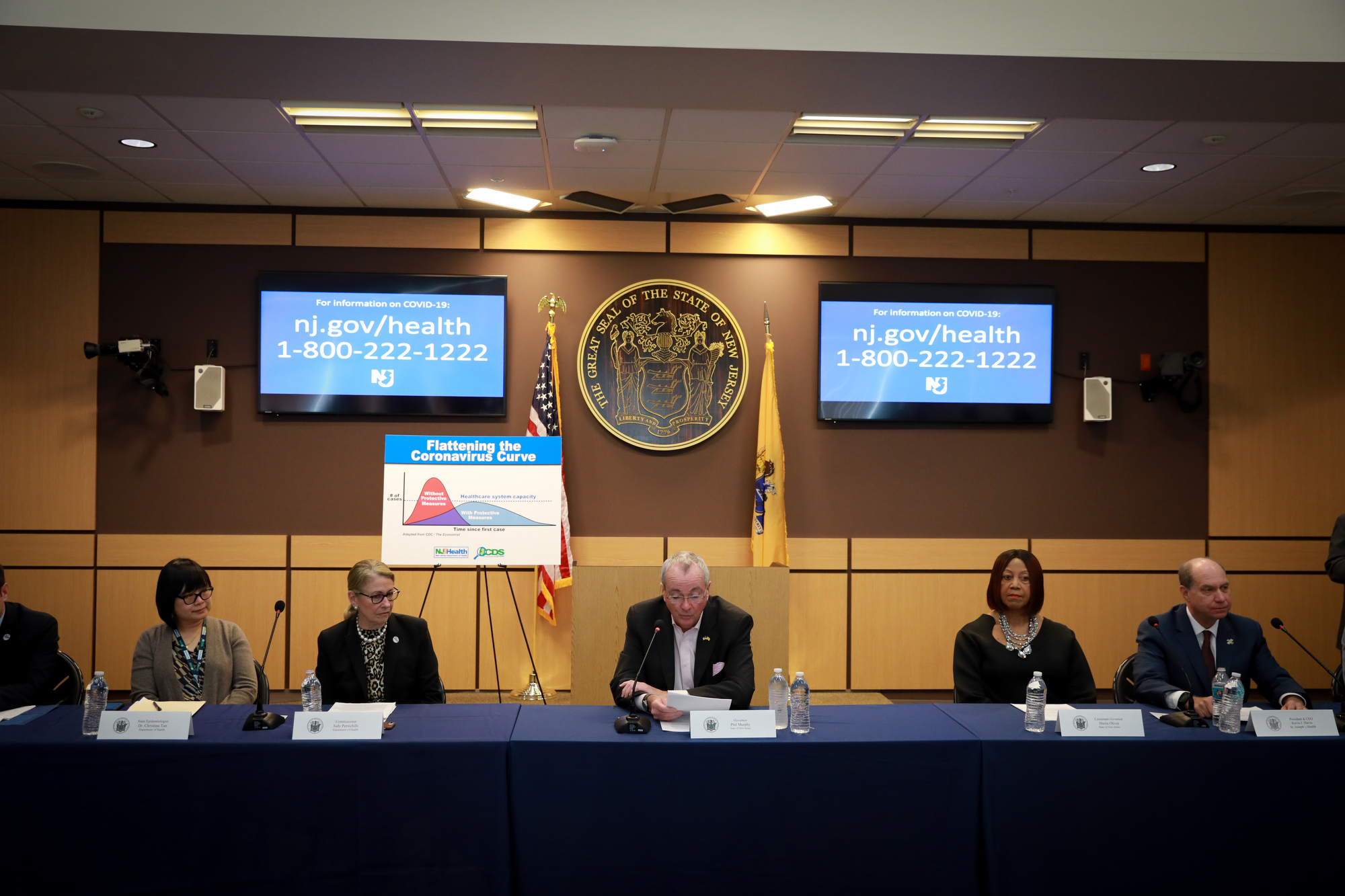 One of the first COVID-19 briefings held at the New Jersey Regional Operations & Intelligence Center in Ewing on March 13, 2020 (Edwin J. Torres/Governor’s Office).

“We have asked so much of each and every New Jerseyan for the past two years and then some,” Murphy said, speaking directly to his state’s residents as he did so often during the briefings. “We’re at this point only because of your dedicated work to protect yourselves, your family and your communities.”

Murphy recalled receiving news of this first case while he was in bed recovering from cancer surgery that he had undergone earlier that day.

“Since then we have brought you, whether here or at locations throughout the state, some 257 updates on our progress in fighting the coronavirus pandemic,” he said. “But as this virus moves from pandemic to endemic and as we transition away from crisis management to a more normal way of life, it is the right time [to end these briefings].

“To be sure, I wasn’t the only governor to hold briefings to update residents on our progress against the virus, but I am proud to have held more than any other,” Murphy continued. “I thank each and every single one of you out there watching. You put in the hard work. As we move to this next phase, all I can say is this: be safe, be smart, enjoy the oncoming spring, enjoy getting together with family and friends, and don’t be a knucklehead.”