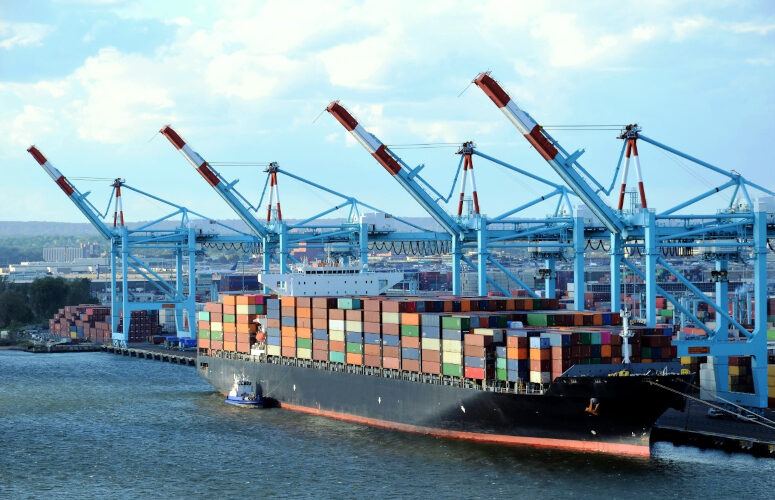 Gov. Phil Murphy today visited the Port of Newark to highlight New Jersey’s supply chain infrastructure as well as discuss the steps that the state, Port Authority of New York and New Jersey (PANYNJ), and other key stakeholders are taking to deal with the current global supply chain issues.

Interestingly enough, this year, the Port of Newark is on track to significantly outpace total cargo volume from 2020, despite these global supply chain woes.

“In working with our partners at the Port Authority, organized labor, and the private sector, New Jersey has avoided the supply chain and logistical breakdowns that much of our country has faced,” Murphy said. “Through a combination of proactive infrastructure investment, collaboration in state government, and the help of key partners, the Port of New York and New Jersey is breaking cargo records and getting consumer and commercial products onto trucks and buses headed across America.”

According to the global logistics firm Shifl, it is now 25% faster for ships from China to reach the PANYNJ than ports on the West Coast.

“A ship leaving China today can save itself nearly two weeks total time by logging thousands of additional miles in coming here, rather than making a beeline across the Pacific,” Murphy said.

He cited partnerships as the biggest reason for the relative success of the state’s ports.

Some key actions taken by the state, PANYNJ, and its partners include:

Murphy also discussed future projects, which include the New Jersey Turnpike Authority’s Newark-Bay Hudson County Extension roadway widening and reconstruction project, allowing for greater capacity of commercial and passenger traffic (the project includes the replacement of several bridges including the heavily-used Newark Bay Bridge); and the 2022 revisitation of the State Freight Rail Plan, in which New Jersey will make the movement of goods to and from the ports a key focal point.

“The Port Authority’s capital investments in regional infrastructure over the past decade – from the raising of the roadway of our Bayonne Bridge to serve the world’s largest container vessels, to the dredging of the area’s navigational channels to improve port operations – are paying off as the Port of New York and New Jersey has not missed a beat in keeping food, medical supplies and goods moving,” added Port Authority Chairman Kevin O’Toole.

“We are fortunate that New Jersey is not experiencing the same supply chain problems that are putting a choke hold on the flow of goods and services in other states. It’s not blind luck – we have dug in and done the work needed  to maintain and upgrade the state’s infrastructure,” said Senator Joe Cryan. ant than ever as we work our way out of the economic challenges created by the coronavirus crisis.”

The Challenges of Manufacturing Demand