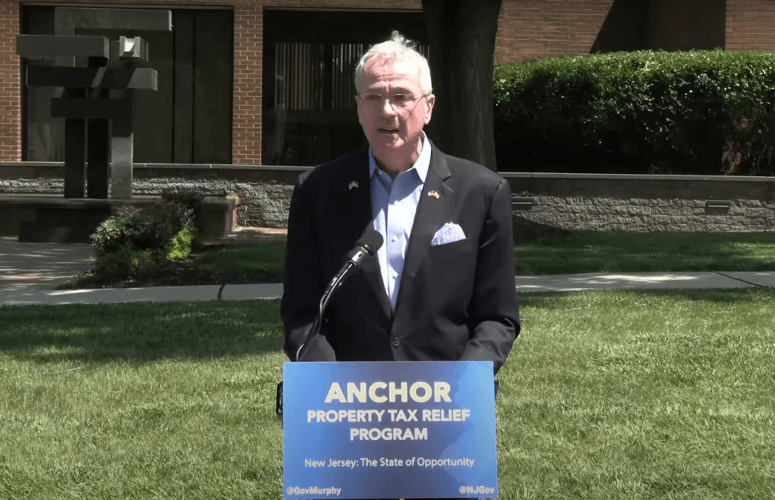 With the state experiencing a revenue surplus surge, Gov. Phil Murphy today announced an increase in the amount of property tax relief money to be distributed to homeowners and renters under the proposed ANCHOR program from a total of $900 million to $2 billion.

He said his focus is on making ANCHOR a lasting program that will deliver real relief to middle class and working families, not only this year, “but next year and years beyond.”

Senate President Nick Scutari commented that it is important to ensure that the ANCHOR program is sustainable and that any additional tax cuts and investments continue beyond the fiscal year.

“New Jerseyans need tax relief now,” Assembly Speaker Craig Coughlin added. ”It is my priority to enact the largest tax relief program in our state’s history and I am pleased that the $2 billion ANCHOR program puts us on course to deliver the boldest and most robust affordability agenda for our working and middle-class families for years to come.”

Meanwhile, Republican Senator Michael Testa said today that the new ANCHOR proposal is underwhelming compared to the Republicans’ “Give it Back” rebate proposal, which would deliver $4.5 billion in relief to 4 million New Jerseyans in rebates of $1,000.

“The ‘Give It Back’ rebates proposed by Senate Republicans would provide double the relief and help twice as many people. [The ANCHOR program] is likely a sign that Democrats are more focused on divvying up billions of pork in the budget than providing New Jersey families with real tax relief this year,” Testa said.

Goya Donates 180,000 Pounds of Food to People of Venezuela