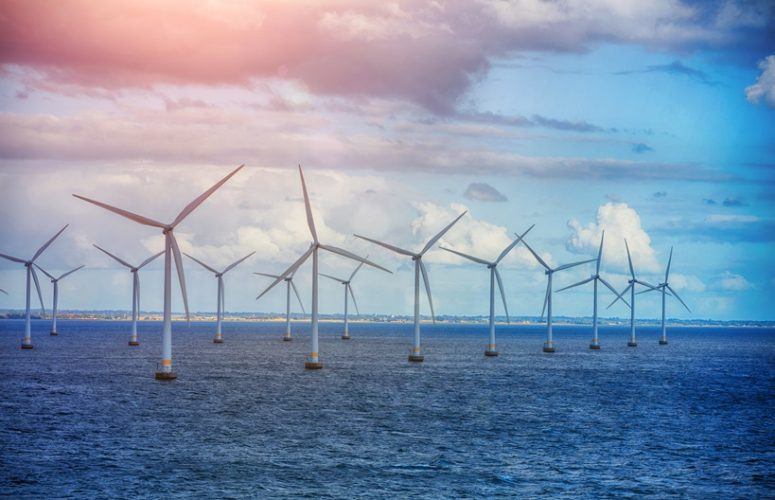 Murphy called the original goal – which was expected to provide upwards of 4,300 jobs – a “stepping stone to our overall goal of a 100% clean-energy economy by 2050.”

The new goal looks more like a full-fledged bridge to the 2050 goal.

“NJBIA is supportive of increasing the goals of wind power in New Jersey, as our state has unique geographic attributes and significant capacity to capture kinetic energy and generate electricity off of our coast, all while creating good jobs for our economy,” NJBIA Vice President of Government Affairs Ray Cantor said in a statement. “Private sector wind developers can help enable growth and U.S. competitiveness in this industry. New Jersey companies in the manufacturing and logistics industries also stand to benefit from the expansion of wind power in our state.

“Given New Jersey’s very high cost of living and high taxes, the state will need a well-thought-out process that observes and mitigates the potential added expense to our overburdened residents and businesses,” continued Cantor. “That process should also recognize that wind energy is still supported by clean natural gas and nuclear power in order to ensure that New Jersey homes and businesses have energy that is affordable, abundant and reliable. Any expansion of wind power must also take into account the possible impacts on our shipping, fishing and recreational industries.”

Progress toward the state’s energy goal is already being made, evidenced by Ørsted’s proposed Ocean Wind project, which will see the development of a 1,100 MW offshore wind farm off the coast of Atlantic City. The wind farm will power more than half a million New Jersey homes.

Ocean Wind’s construction cycle, which will run from 2020 until 2024 when the farm is fully operational, is expected to create 3,000 direct jobs.

“We’re not just on the map. We’re becoming the starting point for the entire country,” Murphy said. “Between the Economic Development Authority and our partners at Choose New Jersey, we are currently in discussions with more than 50 different offshore wind and supply chain companies because of our aggressive clean-energy strategy.”

Additionally, the New Jersey Offshore Wind Supply Chain Registry was created last April with the aim to bring together investors exploring offshore wind-related projects with New Jersey-based companies to either partner with or purchase from.

In seven months, more than 460 businesses from across the globe have joined the registry.

“Our transition to a clean energy future is being led by states like New Jersey, and by leaders like Governor Phil Murphy,” Gore said. “Today’s announcement couldn’t be more timely and more needed, as climate-related extreme weather events continue to wreak havoc on our communities. With this executive order, Governor Murphy is unleashing the unprecedented economic and job creating opportunities of clean, wind energy.”

According to the governor’s office, Executive Order No. 92, which will be effective immediately, directs the New Jersey Board of Public Utilities, the New Jersey Department of Environmental Protection, and other state agencies with responsibilities arising under the Offshore Wind Economic Development Act (OWEDA) to take all necessary actions to promote the development of wind energy off the coast of New Jersey to meet a goal of 7,500 megawatts of offshore wind energy generation by the year 2035.