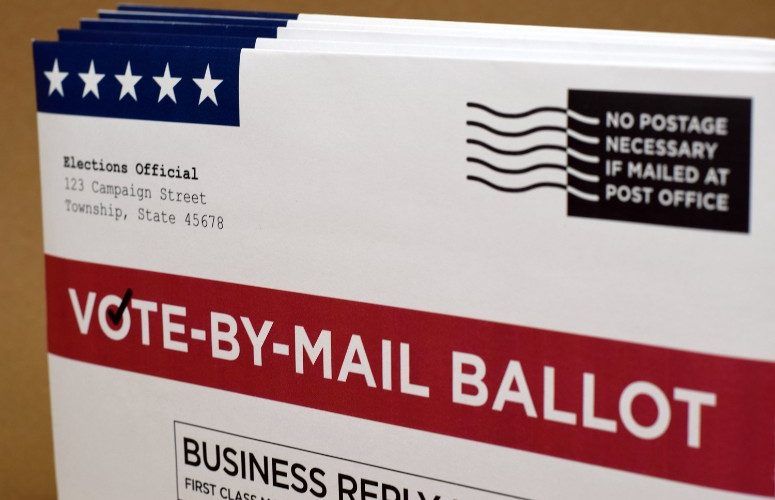 Murphy Doubles Down on Vote by Mail as Republicans are Suing

Gov. Phil Murphy today doubled down on his executive order for an “overwhelmingly vote by mail” Nov. 3 election, accusing President Donald J. Trump of “attempts at weaponizing the United States Postal Service to disenfranchise voters” and “a full-throated propaganda campaign to undermine the election itself,” as the Trump campaign, Republican National Committee and the New Jersey Republican State Committee simultaneously are suing to stop the massive vote-by-mail effort, which they say could increase fraud in the election.

Republicans cited, in part, criminal charges that have been brought against several New Jerseyans who allegedly committed voter fraud in the state’s July vote-by-mail primary election.

Mentioning other states that already use vote by mail extensively, Murphy said at today’s state press conference, “vote by mail is not new in New Jersey and [it] takes on the added importance of protecting both public health and the right to vote during a deadly pandemic that has already taken more than 14,000 lives in our state.”

Even the public health dimension of vote-by-mail appears disputed, however, with National Institutes of Health Director Anthony Fauci saying last Saturday that if it is “carefully done, according to guidelines,” then “there’s no reason” why it is not safe for people to vote in person.

Fauci said at a National Geographic event: “For example, when you look at going to a grocery store now in many regions and counties and cities that are doing it correctly, they have a ‘X’s every six or more feet. And it says, ‘Don’t leave this spot until the person in front of you left their spot. And you can do that, if you go and wear a mask, if you observe the physical distancing, and don’t have a crowded situation, there’s no reason why you shouldn’t be able to do that.”

Fauci added, however, that for people who are physically compromised, “you don’t want to take the chance,” and that they should vote by mail. (click here for the National Geographic article)

As New Jersey prepares to mail 6.2 million ballots to all registered voters and have limited provisional ballot in-person polling sites, Murphy said today, “As the president and his team try to de-legitimize our election and impact the health and safety of millions of New Jerseyans, we will defend our rights vigorously and we will not back down.”

Separately, Murphy today added to the states from which those persons arriving from should voluntarily quarantine themselves to include Alaska and Delaware, for a total of 33 states (in addition to Puerto Rico and the Virgin Islands).

Murphy said that these states have had, over a seven-day rolling average, “either more than 10 new cases of coronavirus per 100,000 residents, or a daily spot positivity greater than 10%.”

New Jersey’s rate of transmission stands at 1.06 and its spot positivity at 1.78%.