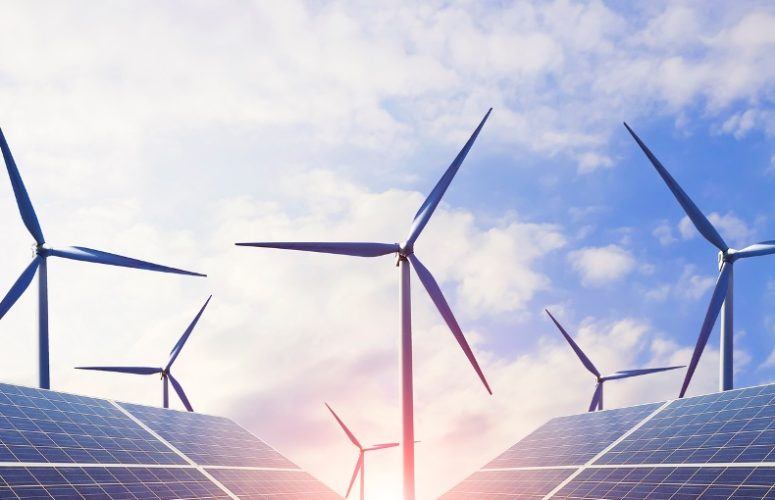 Gov. Phil Murphy and Joseph L. Fiordaliso, president of the New Jersey State Board of Public Utilities, highlight the BPU’s accomplishments of the past year during the 2019 State of the Board address. In the last 15 months, the BPU has made impressive strides in implementing the Governor’s clean energy policies, including opening the largest single state solicitation for offshore wind, surpassing a milestone of 100,000 solar installations, and taking steps to make solar more accessible through a three-year pilot community solar program.

“As Governor, I have made future-focused energy policy, based on the transformation of New Jersey to a clean energy economy, a top priority of my administration,” said Governor Murphy. “Creating a path to clean and renewable energy for New Jersey’s residents is critical in ensuring our state’s clean energy future and creating a sustainable environment for future generations.”

“We have accomplished an incredible amount over the last fifteen months, including protecting ratepayers, strengthening utility infrastructure, and establishing the policies that will enable us to meet Governor Murphy’s goal of 100 percent clean energy by 2050 – but we’re just getting started,” said President Fiordaliso. “Climate change is already creating devastating damage in our state and beyond, so it’s imperative for us to continue to move forward quickly on initiatives like offshore wind, solar, energy storage and a new Energy Master Plan to create a cleaner environment for all New Jerseyans, now and in the future.”

Highlights discussed during the event include:

“In advance of the State of the BPU address, we would like to thank the NJ Board of Public Utilities for working efficiently to advance the Governor’s clean energy agenda,” said Brandon Smithwood, policy director for the Coaliton for Community Solar Access. “There is still work to be done, but the BPU has quickly stood up the community solar pilot program which stands ready to increase access and provide clean, affordable, and equitable solar energy across the state. We look forward to continuing to work with the Murphy administration to deliver a strong community solar market that can be a mainstay in NJ’s growing clean energy economy.”

“It has been a year of great action and accomplishment for the BPU and Governor Murphy,” said Christer Af Geijerstam, president of Equinor Wind US. “The Governor’s offshore wind energy plans will create the opportunity to build a new industry in New Jersey while helping meet ambitious clean energy goals. Equinor is eager to partner with Governor Murphy and the BPU and help New Jersey develop clean sources of energy and be part of building a new workforce in the clean energy economy.”

“Greenlots applauds Governor Murphy and the BPU on charting a clear path towards a lower carbon energy system for New Jersey and we look forward to working together to support and accelerate the State’s commitment to transportation electrification,” said Thomas Ashley, vice president for policy at Greenlots.

“We commend Governor Murphy, President Fiordaliso and members of the Board of Public Utilities for their work on implementing an aggressive clean energy agenda. From helping to stabilize the solar market, to opening New Jersey to community solar facilities, the Garden State is reclaiming its position as a solar leader. We look forward to continued partnership with the BPU and the Governor to support clean energy policies that create jobs and help bring the vast benefits of solar to more New Jersey residents,” said Sean Gallagher, vice president of State Affairs at the Solar Energy Industries Association.