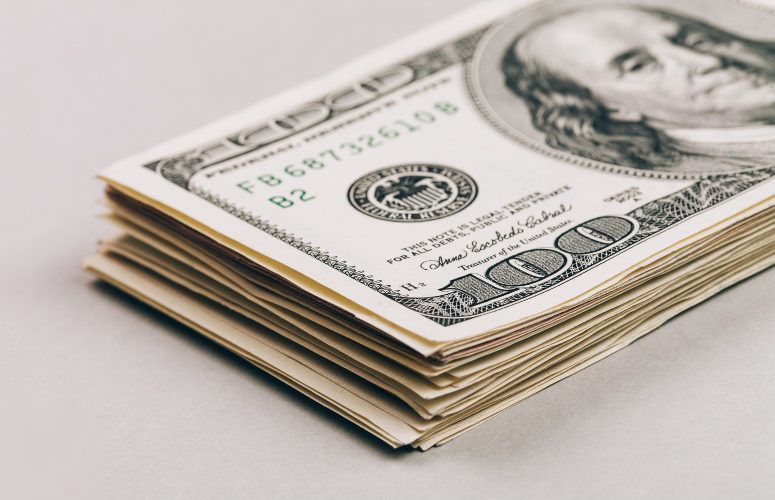 Gov. Phil Murphy, Congressman Donald Norcross, New Jersey Department of Transportation Commissioner and NJ TRANSIT Board Chair Diane Gutierrez-Scaccetti, NJ TRANSIT President & CEO Kevin Corbett, Mayor Frank Moran, and local and county officials celebrated the first major step of a $250 million redevelopment of the Walter Rand Transportation Center, the largest transportation hub in Camden County. The Request for Proposal (RFP) for the design of a new facility to replace the terminal will be released in the coming weeks. The initial design phase, once commenced, is expected to take about 9 months to complete.

“In spite of the pandemic’s challenges, Camden is a city still on the rise,” said Governor Murphy. “Today, we are proud to announce a more than $250 million dollar overhaul of the Walter Rand Transportation Center, which will benefit the people of Camden for decades to come. Any modern city needs a modern transportation hub, and with this investment, we are sending a clear signal that Camden’s best days are ahead.”

“Providing a clean, comfortable and safe commuting experience for our Southern New Jersey customers is NJ Transit’s commitment,” NJDOT Commissioner and NJ TRANSIT Chair Diane Gutierrez-Scaccetti said. “The Walter Rand Transportation Center Improvement Project will deliver a positive commuting experience to our customers while supporting the continued economic development in Camden.”
“The Walter Rand Transportation Center is a vital transit hub and economic engine for all of South Jersey,” said NJ TRANSIT President & CEO Kevin Corbett. “The investments committed today by Governor Murphy will improve safety, support transit-oriented development in Camden, better accommodate growth throughout Camden County, and provide improved connectivity to Camden’s medical, educational, and industrial development areas. These investments will also give us an opportunity to integrate the Center with battery electric buses, building on our aggressive efforts to transition toward a zero-emissions bus fleet.”

“The Walter Rand Transportation Center is a critical convergence point for multiple transit systems and a gateway into New Jersey,” said Camden Mayor Frank Moran. “The center is outdated and in severe disrepair. Camden residents and thousands of commuters who use this facility daily have been patiently waiting for a modern 21sr century Transit Hub. I commend Governor Phil Murphy, Congressman Donald Norcross, state and county officials and the partners who worked collectively to move this important project forward. Camden is in the midst of an unparalleled transformation. The redevelopment of the Walter Rand Transportation Center will leverage billions of dollars invested in Camden and will be a key component in the future revitalization of the City and this region.”

“This major investment in the Walter Rand Transportation Center will create good-paying construction jobs and ensure that South Jersey residents and essential workers will have access to a safe, reliable and modern transit hub to keep our economy moving,” said Congressman Donald Norcross. “It’s an honor to celebrate this announcement for a center that is such a vital link for our communities. I commend Governor Murphy, Camden County and Camden City for their support and efforts to advance this investment in South Jersey’s economy, and I will continue to fight at the federal level for additional infrastructure funding.”

“A community’s quality of life depends in large part on the quality of its infrastructure and thoroughfares, and on the quality and variety of transit options it makes available,” said Senate President Steve Sweeney. “The Walter Rand Transit Center Improvement Project will be a boost to the entire region and bring a long-needed upgrade to this important transportation hub as we move further into the 21st Century. It will open the door to an array of opportunities – educational, economic, and otherwise – many of which we may not have even thought about yet.”

“The Walter Rand Transit Center is a crucial artery in South Jersey’s transportation network. With proximity to Rowan University, Cooper University Hospital and the city of Philadelphia, it’s well-positioned to serve a wide array of commuters,” said Assembly Majority Leader Louis Greenwald. “These much-needed upgrades will lead to a safer, more reliable and comfortable experience for visitors and help to boost the transit hub’s potential.”

“The Walter Rand Transit Center Improvement Project will do more than just transform the center itself – it will help transform the entire region. Creating a larger, more refined facility that can better accommodate bus and rail lines will allow WRTC to serve as the central transportation hub for South Jersey. Residents deserve a safe, state-of-the-art center they can depend on as they travel to and from important locations,” said Senator Nilsa Cruz-Perez, Assemblyman William Spearman, and Assemblyman Bill Moen in a joint statement. “Not only will these improvements benefit commuters, they will benefit all of Camden County by presenting more retail, office, housing and hospitality opportunities in the area. We continue to strive for growth and redevelopment in Camden, and today’s announcement is a huge step forward. We look forward to the ways in which this project will contribute to ongoing efforts to revitalize and advance our community.”

“Governor Phil Murphy is the partner Camden needs right now to enhance the quality of life for residents and expand on the progress that’s already been made in the city,” said CEO of the Rowan University/Rutgers-Camden Board of Governors and former Camden Mayor Dana Redd. “He continues to keep his eyes focused on long term investments that will provide a pathway to a 21stcentury public transportation system that equates to reliably getting thousands of people to work every day and making the Walter Rand Transportation Center a more vibrant place. This project will improve social determinants for residents and provide better options for public transportation for the region. I cannot thank him enough for his ongoing commitment to our community.”
Access to a viable transit system is key to sustainable job growth for South Jersey. The Walter Rand Transportation Center is a vital transportation hub that is served by NJ Transit buses, the PATCO Speedline and the Camden-Trenton River Line,” said Michael Egenton, Executive Vice President of the New Jersey State Chamber of Commerce and Board Chairman of the Walter Rand Institute Advisory Board at Rutgers University–Camden. “This planned improvement of the Center will encourage greater use of public transit and promote continued economic development in the region.

The WRTC Improvement Project, seeks to upgrade and enlarge the existing facility to accommodate the development renaissance currently underway in the City of Camden. It is currently contemplated that the project will be constructed on the existing site in Camden. With the emergence of a burgeoning educational and health care corridor in the downtown area and surrounding vicinity, a multi-million-dollar redevelopment of the nearby waterfront is being proposed to the west of downtown and the headquarters for both the Campbell Soup Company and Subaru of America to the east.

The WRTC is envisioned to be replaced and expanded to accommodate growth throughout Camden County. The project would ultimately replace the existing facility with an expanded multi-purpose transit center that will provide an improved link for transportation in South Jersey. The new center would better accommodate the 26 bus lines that serve the facility; provide improved intermodal connectivity with the PATCO Speedline subway and the River LINE light rail; support intercity independent bus services; and provide additional parking, administrative offices, and value capture retail opportunities to the adjacent growing educational and health care corridor. It would also provide an opportunity for integration with zero-emissions buses.

NJ TRANSIT recently completed nearly $2.8 million dollars in repairs to the five-story parking deck attached to the WRTC. The improvements made include new electrical, lighting, and concrete patching needed to help facilitate future construction at the WRTC.

Resorts Introduces Plan to Welcome Back Guests and Team Members